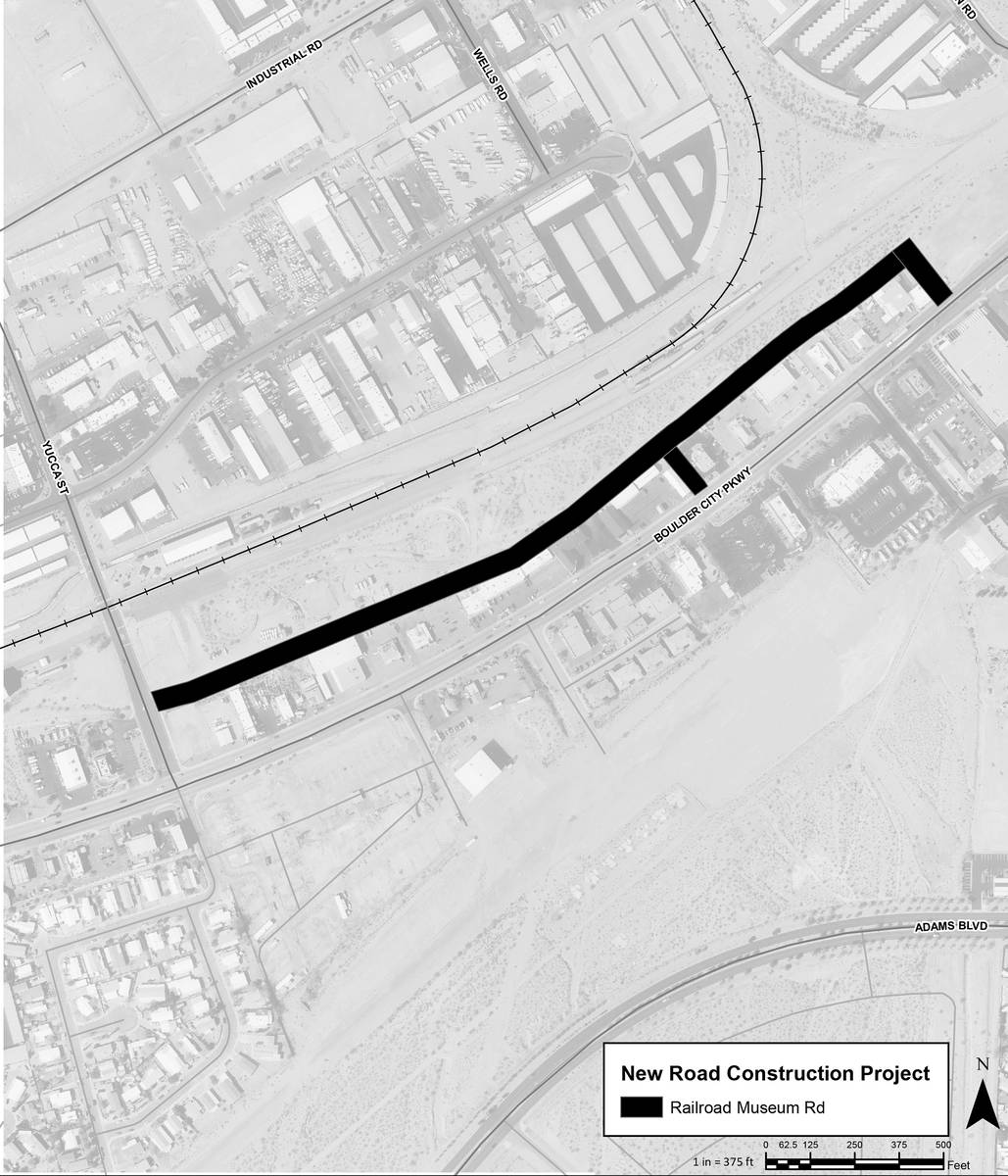 The museum at 601 Yucca St. is planning to expand its facility to include a 9,700-square-foot visitors center, new boarding platforms, display buildings and linear park with interactive features for children and links to the River Mountains Loop Trail.

At its Tuesday, Nov. 25, meeting, City Council approved an agreement with LGA Architecture to design an access road for it behind Boulder City Parkway.

Councilwoman Tracy Folda said she was concerned about how the road would affect the back access to the businesses there.

“It would be nice if this could come back to council with the design of this road because I know that most of those businesses along that parkway have … very (little) or no parking,” she said. “A lot of them use the dirt area behind the paved areas to park in and if that becomes a street, then it hits them on both sides.”

Public Works Director Keegan Littrell said it would be no problem to get public input on the project.

“We want to keep everybody happy,” he said. “We’re doing this to provide better access, so it would be a great thing to do.”

Mayor Kiernan McManus said he was also concerned about parking and the proposed design.

“I think we absolutely need to talk to the businesses … and say, ‘Here’s where the new street is going to go,’” he said. “And let them know that’s what the plan is so we can get feedback from them.”

Currently, LGA has only completed some conceptual designs for the road that were included in the museum’s proposed expansion. Littrell said they are a “big picture” of what the project could look like, but they are not set in stone.

“The conceptual plans to me are just more or less trying to show the overview of what we’d like to build out there,” he said. “It doesn’t mean that the road needs to be exactly where it’s at … . It’s just showing the overview. Once they’re able to do the survey, the geotechnical, then they can start fine-tuning it.”

Council unanimously approved the $239,700 contract with LGA Architecture to design the road. This cost is covered by $500,000 provided by the Regional Transportation Commission of Southern Nevada.

Fire Chief William Gray said this new code aligns with the city’s current building and fire code. It also removes a requirement for residential sprinklers if an addition is put on to an existing 5,000-square-foot home. Gray said that now a sprinkler system only needs to be added if the new addition itself is 5,000 square feet.