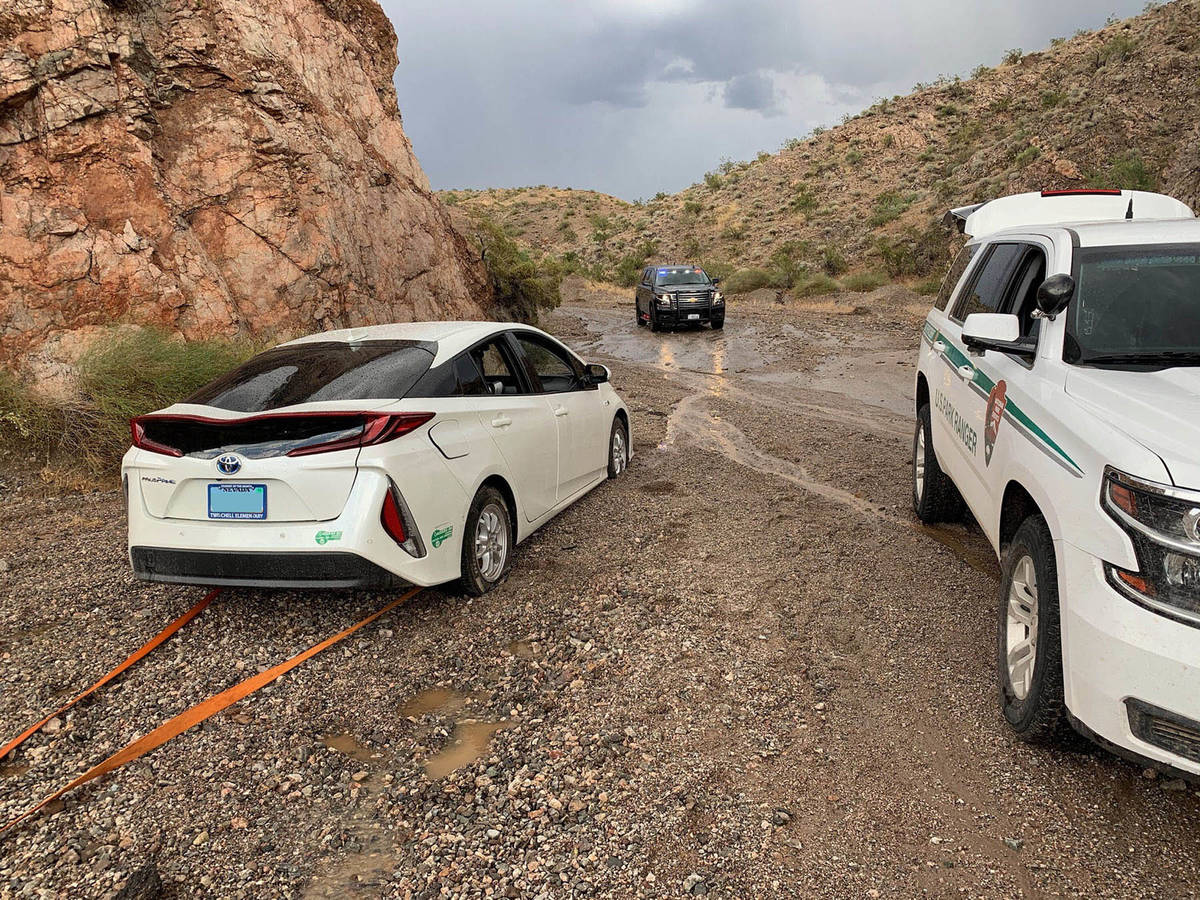 A 911 call came in around 7:15 p.m. reporting that 12 people were in the water after their 20-foot boat overturned near Swallow Bay. Nevada Department of Wildlife wardens secured the vessel upon their arrival and discovered a 3-year-old girl was trapped under the boat.

Rangers and wardens quickly jumped into the water. They could hear the girl’s voice coming from an air pocket. A warden reached under the vessel in the stern area and felt the girl’s hand. The officer then swam under the boat and pulled her to safety where she was treated by medics and reunited with her family, who were brought to shore.

“You always hear us say that life jackets save lives, and yesterday that came true for our distressed boaters on Lake Mead, and most especially for their 3-year-old daughter trapped underneath a capsized vessel and rescued by a Nevada game warden,” said Game Warden Capt. Brian Bowles, boating law administrator for Nevada.

“Everyone should take heed of this warning so early in the boating season,” he added. “Make sure you wear a life jacket, and be prepared for quick changes in the weather.”

Hundreds of people were at Willow Beach and though some departed as the storm approached, many stayed on high ground until water subsided. As they made the journey up the washed-out road, several cars became stuck and needed assistance. There were no reported injuries.

The same storm led to numerous calls for stranded boaters and kayakers. In all, officers conducted 10 search and rescues on Lakes Mead and Mohave in just one day, including a capsized vessel near Echo Bay and a stranded boat near Temple Bar.

The incidents happened as the park marked the start of its observance of National Police Week.

“I am so very proud of the tremendous efforts of our first responders and state partners,” said Superintendent Margaret L. Goodro. “They are out here every day saving lives, even during these uncertain times.”

National Park Service park rangers patrol the land and waters of Lake Mead National Recreation Area alongside wardens with the Nevada Department of Wildlife and Arizona Game and Fish Department to protect and serve millions of visitors who are in the park boundaries each year.

“Public service is the backbone of America. The work of these brave men and women is critical to protecting this park and protecting our visitors,” she said.