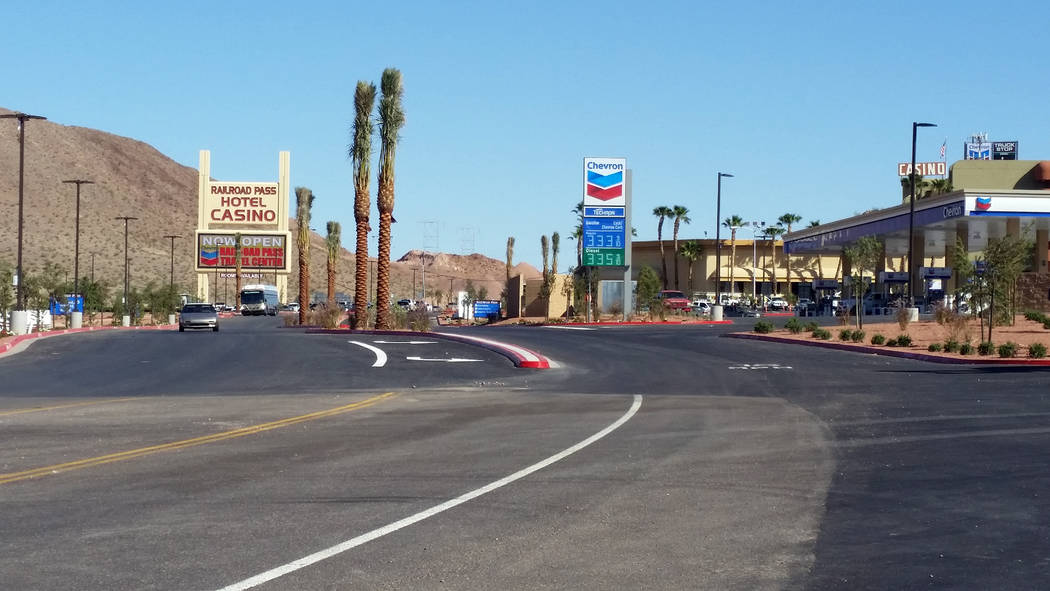 More helicopters will be flying over Boulder City soon as a nearby business is installing a helipad and partnering with a tour operator.

Railroad Pass Casino, located just outside of town, is partnering with Maverick Aviation Group to offer tours of Hoover Dam and the Grand Canyon.

DeSimone said that he has known the people at Maverick for a long time and that they give customers a good experience at a fair price.

Maverick has been in Las Vegas since 1995. Currently, it offers helicopter and airplane tours of the Grand Canyon, Hoover Dam and the Strip. It also operates in Hawaii.

“Maverick Helicopters is excited to open its third location in Southern Nevada at Railroad Pass in 2019,” said Bryan Kroten, vice president of marketing for Maverick.

DeSimone said working on this has been going on for approximately two months and the helipad should be finished in about a month. It is being installed on the north side of the property.

This addition is the latest in a series of improvements to the property. In 2018, shortly before Interstate 11 was finished, the casino opened a travel center with a Chevron gas station, Tesla car-charging stations, semitrailer fueling stations and a Capriotti’s sandwich shop.

“Since the road construction has been completed, we’ve been doing very, very well,” DeSimone said. “We’ve had a lot of loyal customers that enjoy the cross promotions between the travel center and the casino, and we expect the same to happen with the addition of Maverick.”

Maverick will pay Railroad Pass to use the helipad, which will have four staging areas and one landing pad, DeSimone said.

Helicopters will not be stored on the casino’s property overnight. They will be flown to Railroad Pass from Henderson Executive Airport prior to the first tour of the day, then return to the airport at the end of the day.

DeSimone said he envisions four or five daily flights, with up to six passengers aboard each flight. The frequency of flights could fluctuate, depending on demand, he said.

“We’re estimating that conservatively, and we’ll see where this opportunity takes us,” he said.