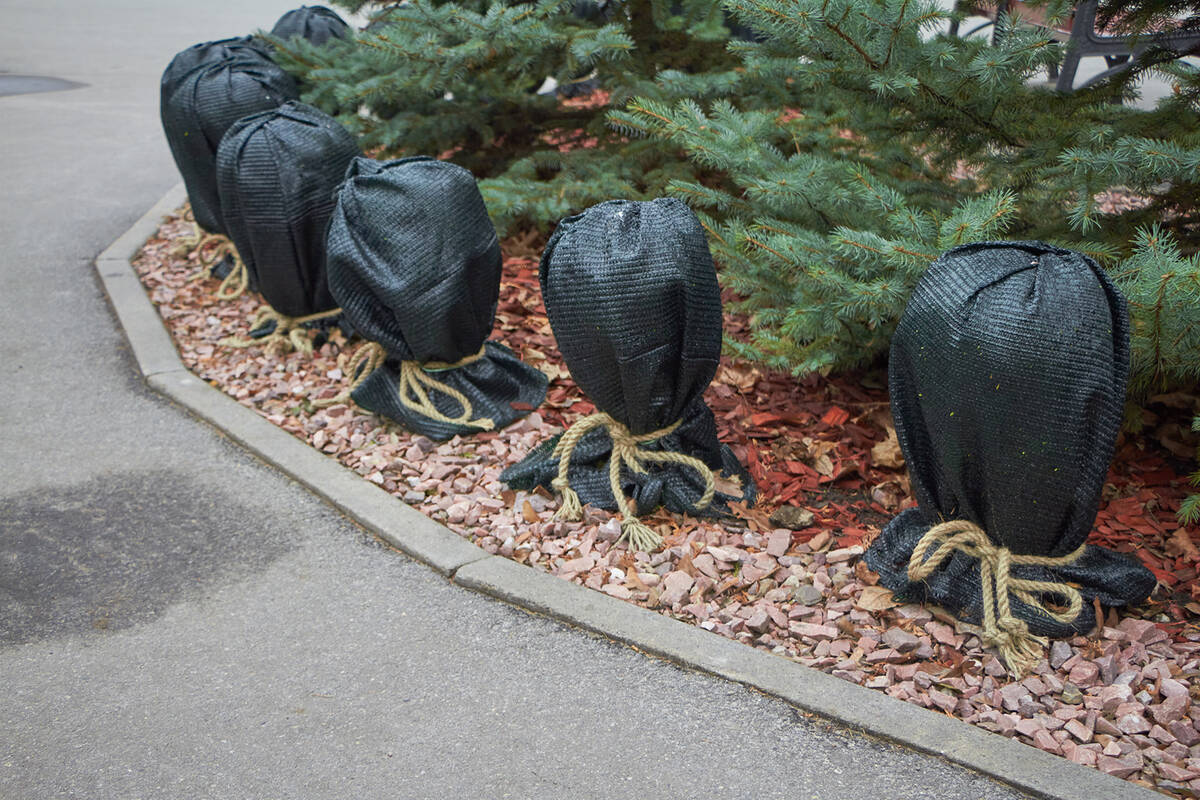 (Getty Images) Protect your plants from freezing temperatures by wrapping them in fabric or a frost blanket.

Frigid temperatures are expected in Boulder City this weekend and with them comes a risk of plants and pipes freezing.

Both can be protected though with a few simple precautions.

“First of all, protect them (plants) from the wind,” said Bob Morris, horticulture expert and professor emeritus at the University of Nevada, Las Vegas. “Some people get about five degrees of protection by covering the trees overnight in a fabric. A sheet or blanket will work and there are frost blankets you can buy from the local nursery.”

On Saturday and Sunday, temperatures are expected to be as low as 25 degrees, according to Accuweather.com.

If someone does not have a frost blanket, Greene said they could check to see if local hardware stores or nurseries have any. They could also use sheets or burlap.

“(They) will give some protection, but it’s predicted to go down into the mid-20s,” she said. “They won’t provide much protection.”

Morris said people can also use “old-fashioned Christmas lights” that give off heat to help keep their trees warm.

According to local plumber Chuck Rants, the weekend’s expected low temperatures will most likely not affect people’s water pipes, but there are still precautions that can be taken.

“You usually don’t have a problem until the temperatures are in the 20s for an extended period of time,” he said.

He said wrapping pipes “with insulation and blankets” is the “best thing” to do.

Rants also said most problems will be with outdoor irrigation systems and people should cover the valves with blankets.