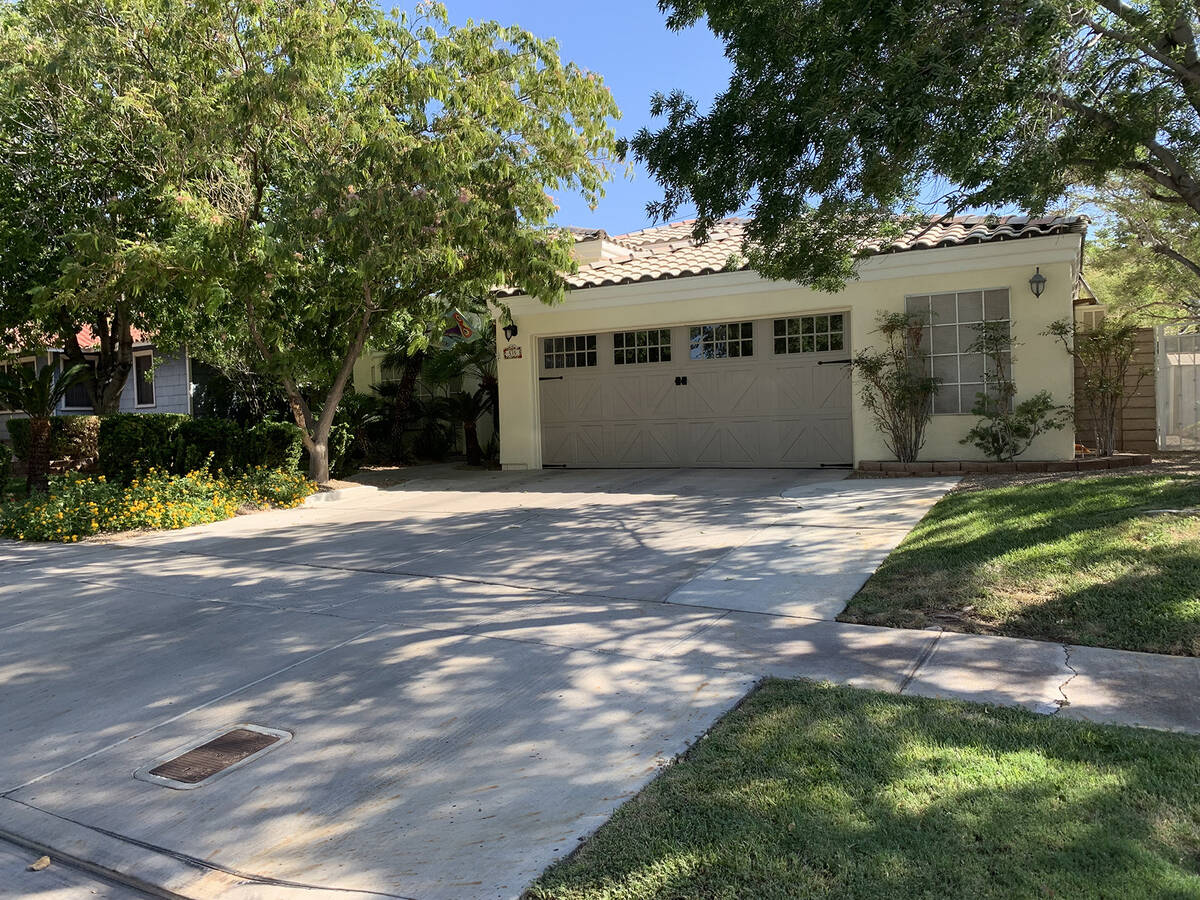 (Hali Bernstein Saylor/Boulder City Review) Boulder City is proposing to adopt a historic preservation ordinance that would require homeowners to obtain a certificate of appropriateness before making modifications to the exterior of their properties in the historic district, such as this home on Cherry Street. 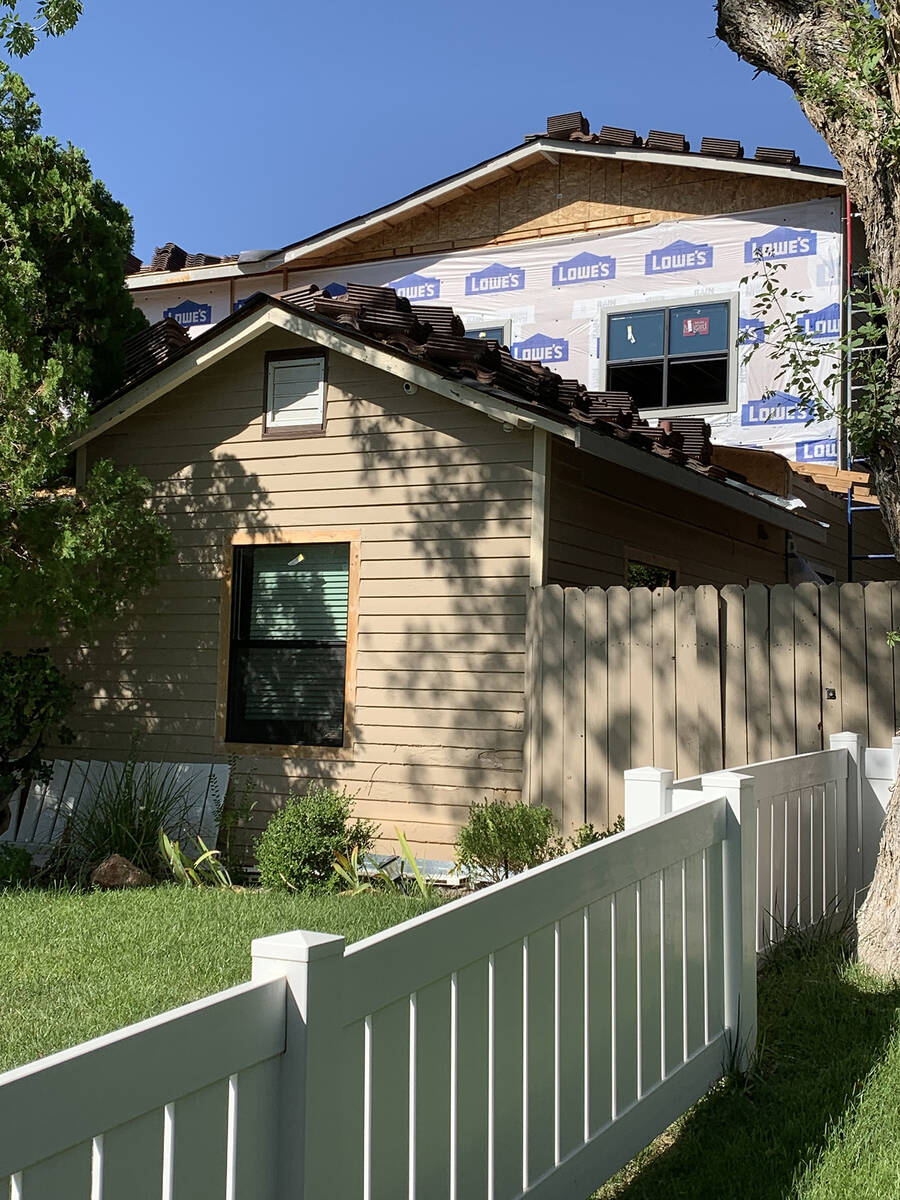 (Hali Bernstein Saylor/Boulder City Review) This home on Ash Street, which is building a two-story addition, is an example of a noncontributing property in the historic district. The city’s proposed historic preservation ordinanance aims to stop more properties in the downtown district from becoming noncontributing. 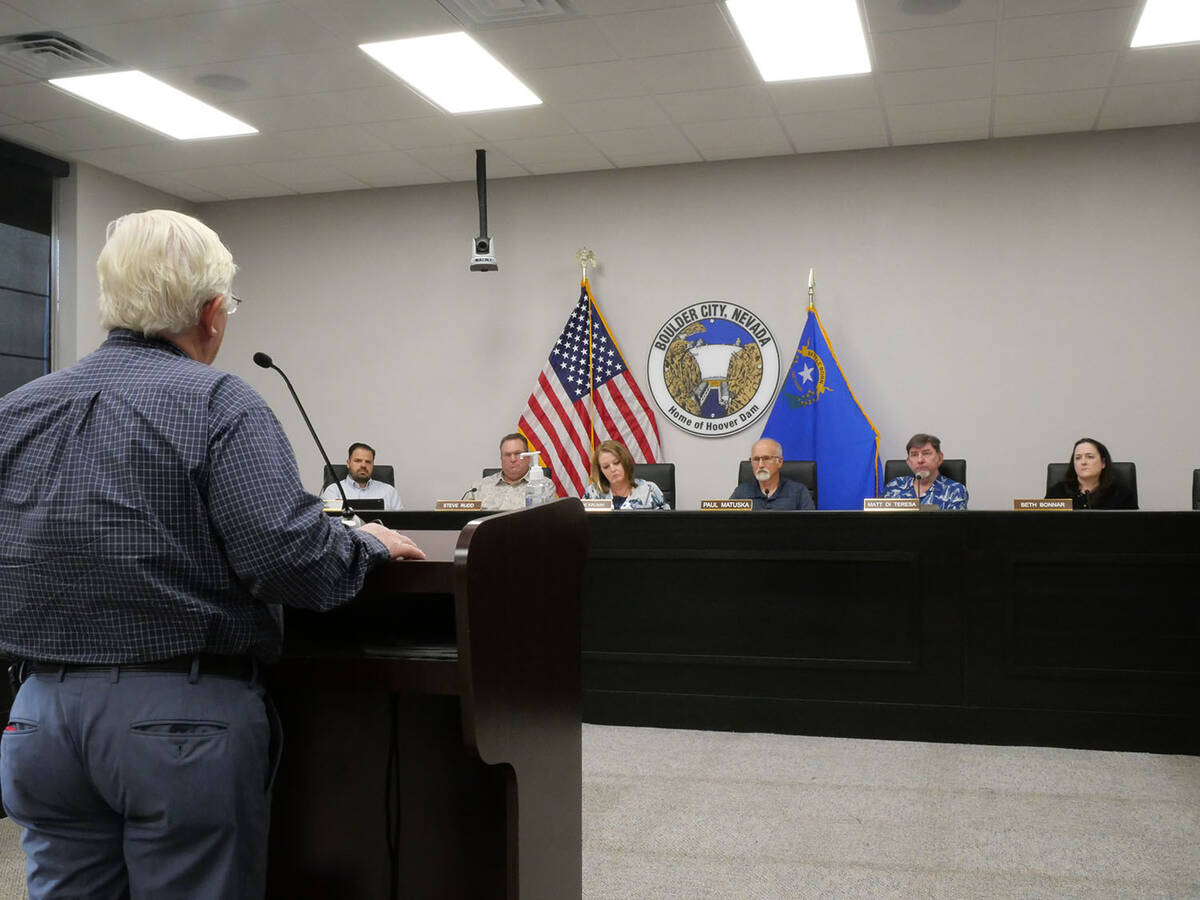 Despite years of discussion, public meetings and efforts by the city’s Historic Preservation Commission, planners suggested the ordinance be sent back to the Community Development Department for further work and voted not to recommend approval by the City Council as it is currently presented.

The overall consensus from the planning commissioners was that they supported the idea of historic preservation but had several issues with the way the ordinance was written.

“I think we are at a juncture in our community where we do need to take a very serious look at historic preservation. But the current ordinance does very little to protect those resources,” said Paul Matuska, chairman of the Planning Commission.

The proposed ordinance would replace the city’s current zoning regulations in the municipal code for the historic district that was adopted in the mid-2000s. Two types of properties would be affected by the ordinance: contributing and noncontributing properties.

The proposed ordinance would regulate modifications to both types of properties, especially contributing ones that can be seen from public streets. All properties within the historic district would require review and approval by the Historic Preservation Commission for things such as alterations, new construction or demolition.

The ordinance would not regulate work that does not require a building permit, work that cannot be seen from the street, interior remodels or ordinary maintenance as long as it does not involve a change in design, material or outward appearance.

The background of this ordinance stems from the 2020-2025 Boulder City Strategic five-year plan, which listed promoting historic preservation as one of its goals. In October 2020, the City Council approved a resolution that established the ad hoc committee to evaluate possible changes to the city code and establish a historic preservation ordinance.

The committee held workshops and meetings and, along with North Wind Resource Consulting, completed an updated survey on all 500-plus properties in the historic district for the first time since 1982. The survey found that only 43 percent of the properties in the district were contributing compared to 82 percent in 1982.

Planning Commissioner Lorene Krumm voiced her concerns about how these surveys were done.

“The ad hoc committee was formed by people that do not own businesses and do not own homes in the historic district … This was done in a vacuum, and I know that because I know several owners in the district that had no idea what this ordinance said,” she said.

Commissioner Matt Di Teresa kept his comments short and sweet on the matter.

“My objections to this come down to individuals’ property rights. I see this as kind of an (homeowners association) in sheep’s clothing. So I can’t support it in its current form,” he said.

Many members of the public expressed their opinions on the matter, including Mayor Kiernan McManus.

“We simply can’t continue to lose these (historical properties) and call ourselves historic. That is the gist of what is happening here,” he said.

Grant Turner, a lifelong resident of Boulder City, mentioned how this ordinance would potentially halt people who are interested in buying a home.

Even with the Planning Commission’s vote to recommend denial of the ordinance, it will advance to the City Council, where it will be formally introduced. No action on the proposal can take place during that meeting. It is not on council’s agenda for Tuesday’s, Sept. 13, meeting.