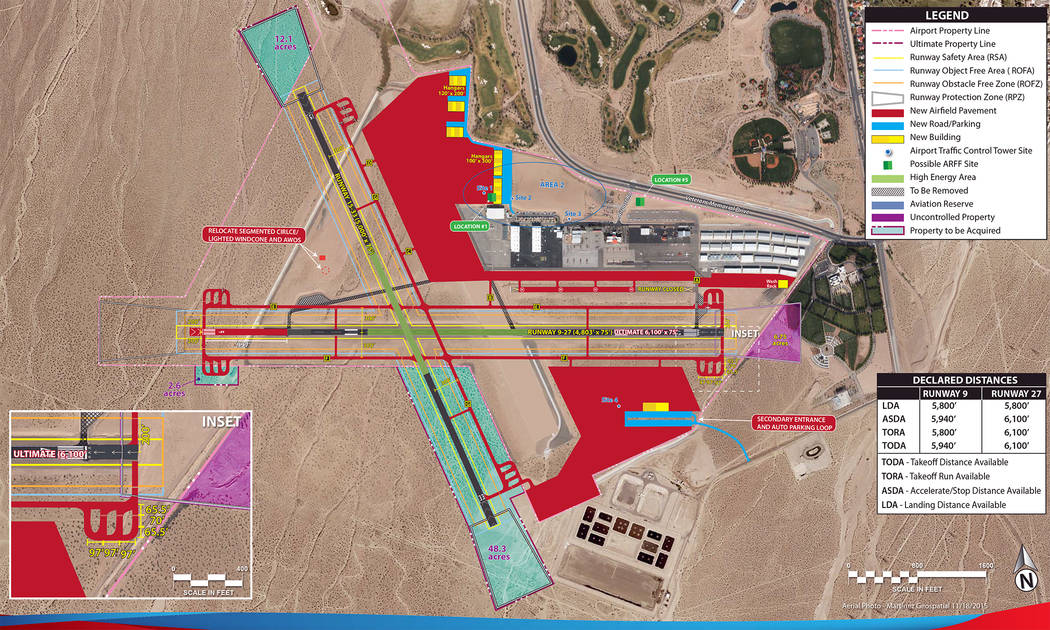 Boulder City The Airport Master plan includes expansion that the Boulder City Airport may or may not see in the next 20 years. 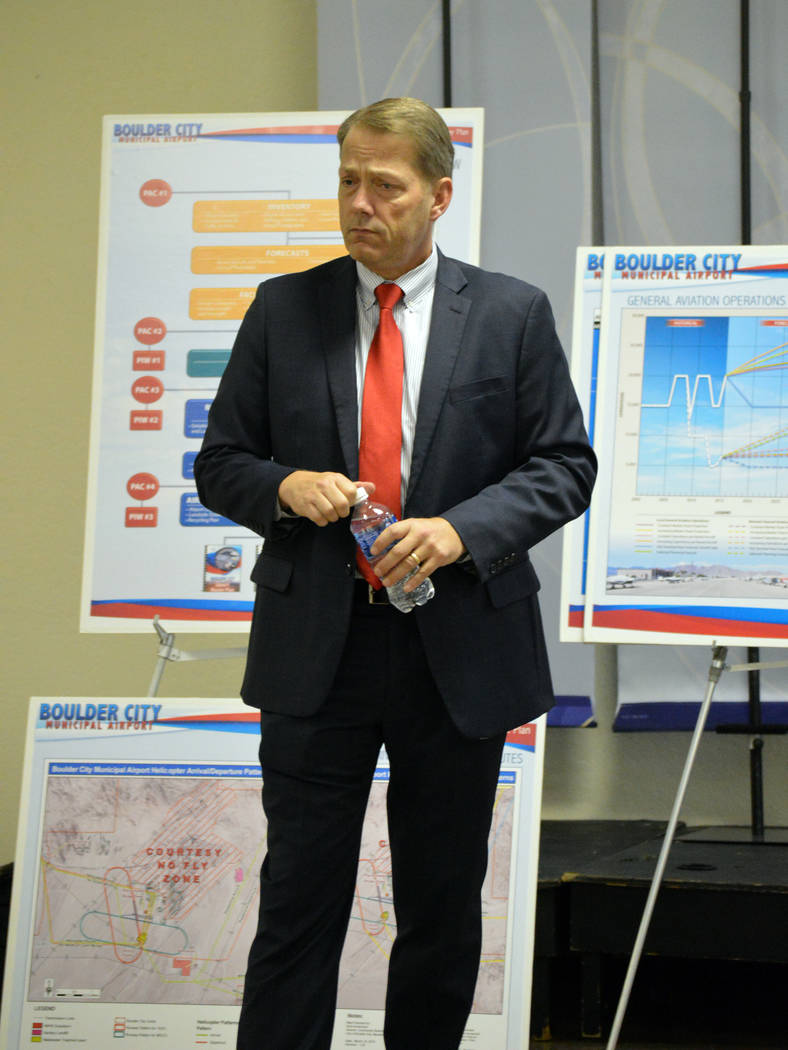 The Boulder City airport accepted a $510,000 grant from the Federal Aviation Administration in 2015 to update its master plan, which is a tool to help determine long-term goals for the facility. Since then, staff has been working with a consultant to create a plan that anticipates the needs and requirements the airport see in the next 20 years.

At Monday’s workshop at the Elaine K. Smith Center, 700 Wyoming St., Mike Dmyterko, principal of the airport consultant firm Coffman Associates, presented a development concept portion of the master plan draft which included possible upgrades and expansion the airport could see in the next 20 years.

“Forecasting is a simple mathematical model we are required to do to set forth what we think the demand could be at this airport,” he said. “And that demand is generally generated by the regional conditions, the socioeconomic factors, the aviation factors in the industry, and all of those things you put into any sort of methodology you want to look at.”

The development concept included extending one runway and relocating and extending another as well as other improvements.

“As discussed, the master plan outlines the projects that may be proposed over the next 20 years for federal funding and possible airport layout plan changes,” Boulder City Airport Manager Jennifer Lopez said. “The two projects … a Runway 9/27 Extension and Runway 15/33 Relocation/Extension are both long-term projects that would only move onto the environmental review process if the demand exists.”

Other upgrades in the forecast included: reconstruction of Taxiway A and E, more aircraft parking, more general aviation hangars, and an elevated final approach and takeoff area. It also separated commercial services and general aviation, both of which are current uses for the airport. “Both are truly, uniquely good for this airport,” said Dmyterko.

During the workshop, attendees had the opportunity to ask questions or make comments about the master plan. Several brought up safety concerns because of the amount of traffic from the different commercial helicopter tour companies, especially if the airport grows.

Dmyterko said they would do what they could and that safety is a “relative term,” as the FAA will not say there is a safety issue until there is an accident.

He also said that he had heard “nothing” from the two reporting agencies for airline accidents about a safety problem at the airport.

Other residents were concerned as to why the airport was anticipating this growth and asked for more open communication with the airport staff.

Dmyterko said that if growth or expansion may happen in the next 20 years, it has to be in this report. If it isn’t, it will not be eligible for approval from the FAA.

“If we even propose to request any federal funding, the area has to be outlined on this map, so it may or may not happen,” said Lopez.

Lopez said the next portion of the master plan will be presented to the public in January or February 2018 at which time there will be a proposed schedule and capital program for the improvements.

“Once the costs for each improvement are determined, we will have a much better idea of how realistic each of the improvements are,” she said.

From there the proposed master plan will go to the City Council for approval and then on to the FAA.