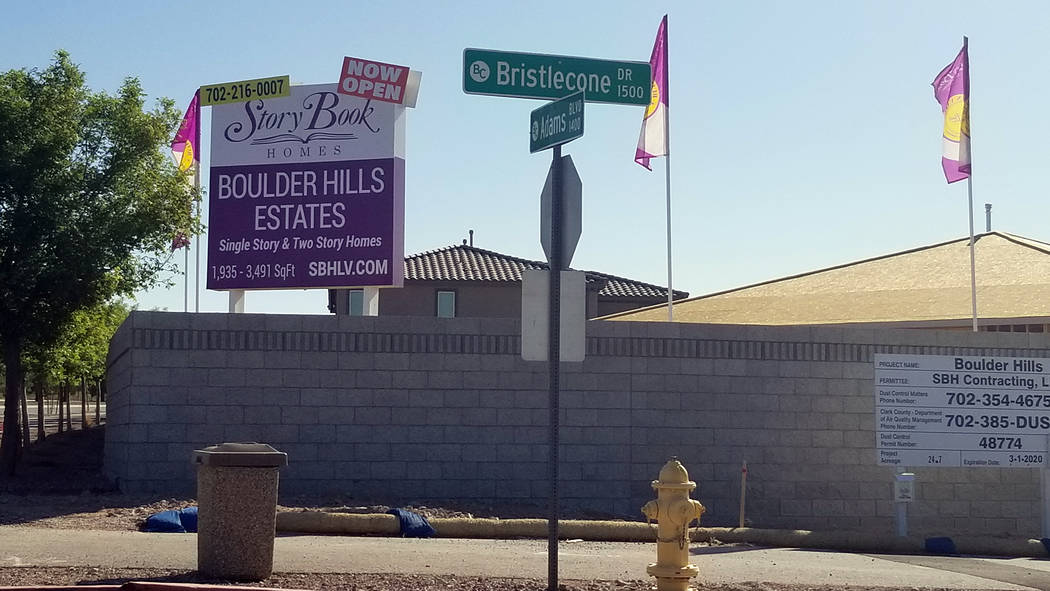 Boulder Hills Estates is a 127-home subdivision near the intersection of Adams Boulevard and Bristlecone Drive. StoryBook Homes is doing the project in three phases and recently announced its intention to move forward with the second part and purchase an 11-acre parcel of land for $3.3 million.

This phase will include 45 lots, and its final map is in accordance with the previously approved tentative map.

According to Mays, purchase of land for phase two does not need to be approved by council but its final map does before any construction can start.

Janet Love, president of StoryBook Homes, said the map is scheduled to come before council at its July 9 meeting.

Mays said the contractor would also need to obtain all the necessary permits and allotments before starting construction.