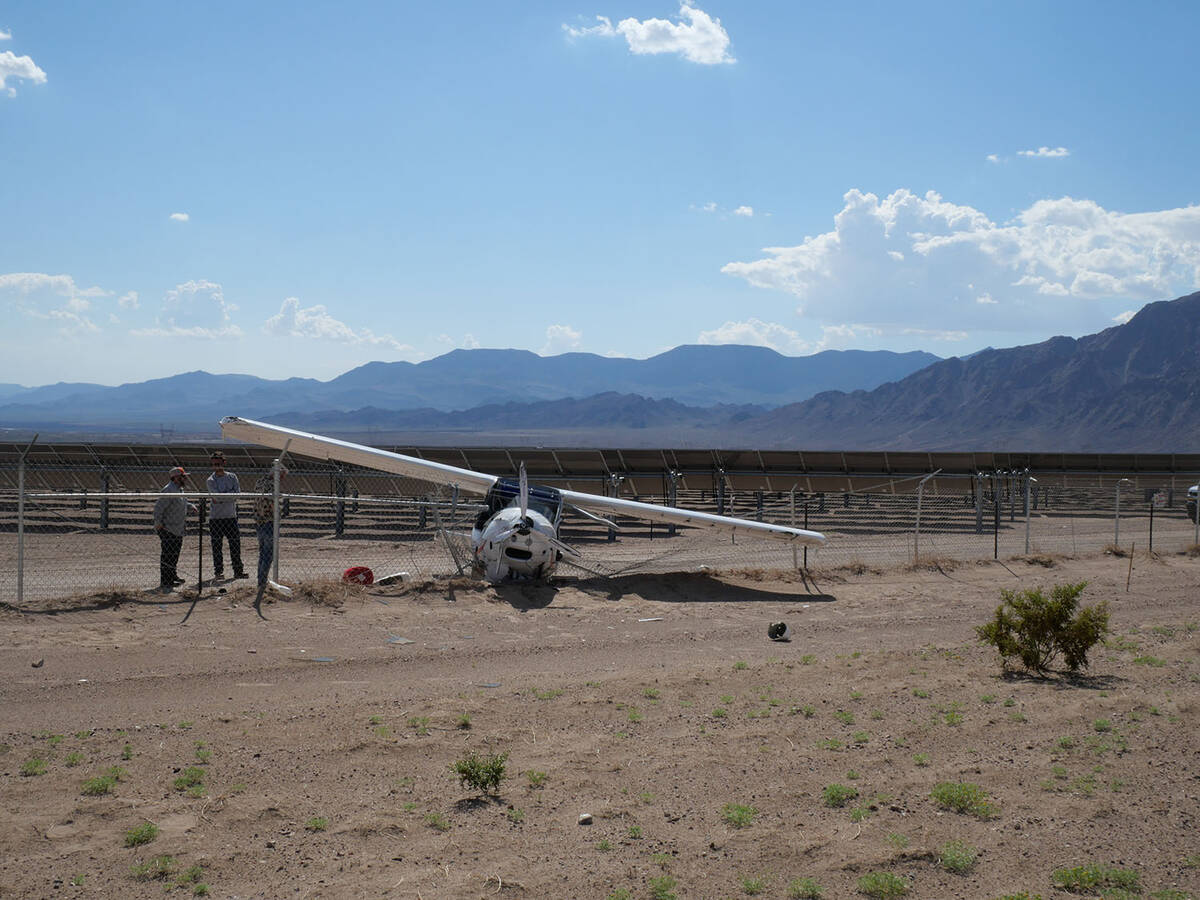 (Owen Krepps/Boulder City Review) A two-person plane crashed along Interstate 11 on Friday, Aug. 26, 2022, sending the pilot and passenger to the hospital with minor injuries. 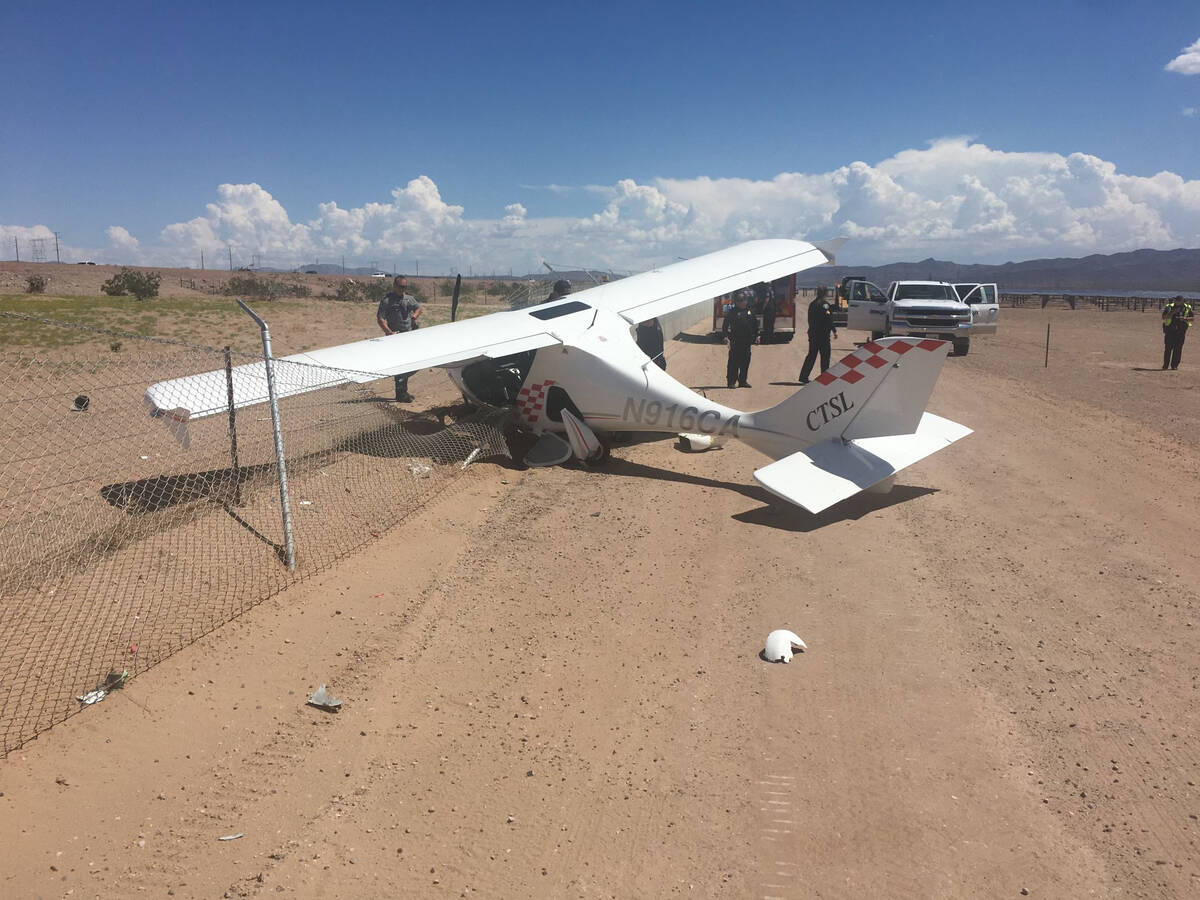 (Photo courtesy Boulder City Fire Department) Two people received minor injuries when the small plane they were flying in crashed into a fence near the Townsite Solar field on Friday, Aug. 26.

The pilot and passenger survived the crash and were taken to the hospital with minor injuries.

The crash happened between I-11 and the Townsite Solar area. No solar panels were damaged when the plane crashed into a fence that separates the solar plant and interstate.

According to witnesses, the plane was supposed to touch down about 100 yards away from the eventual crash site. Instead, the pilot lost control of the plane and it crashed.

Clark County firefighters and Federal Aviation Administration investigators arrived on the scene and probed the plane crash site around 2:30 p.m.

The single-engine plane manufactured by Flight Design General Aviation GmbH suffered minor damage, according to the FAA. The National Transportation Safety Board is investigating the crash.