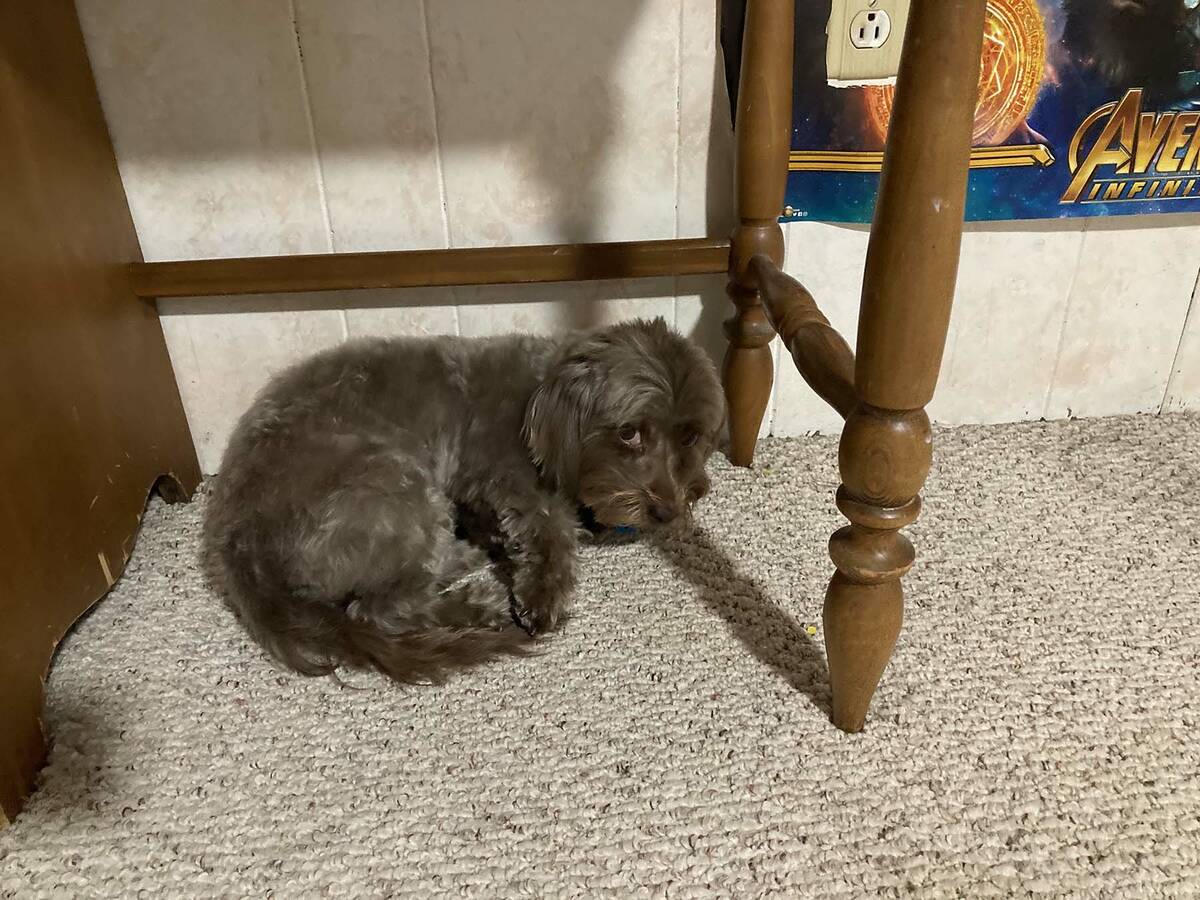 (Owen Krepps/Boulder City Review) Hannah, a Havanese, cowers underneath a piece of furniture during a recent storm.

Boulder City Animal Control Supervisor Ann Inabnitt says that any storm brings in a lot of calls. But this summer, in particular, is the worst she has seen in 10 years.

“This summer has been bad in particular. Fences are down, doors are open and pets are lost,” said Inabnitt.

Recent storms have brought wind speeds as high as 42 miles per hour. This not only creates property damage to things like fences and doors but also allows frightened animals such as dogs and cats to run off in a panic.

“When the weather cools off and you allow your pet to be in the backyard while you go to work, you assume that everything is fine. But this time of year, in the afternoon, we have these huge storms. Fences get knocked down, dogs panic and they take off. Cats are terrified of storms, too,” said Inabnitt.

Dogs are the most reported animal to be lost in monsoon season, but cats are a close second. Funnily enough, Inabnitt says she gets a lot of calls on missing cats only to find out that they never left the house. Cats tend to be so frightened that they find a great hiding spot in the house, such as behind a washing machine or underneath a couch, to hide from the storm.

Typical monsoon seasons last from June to September in the area.