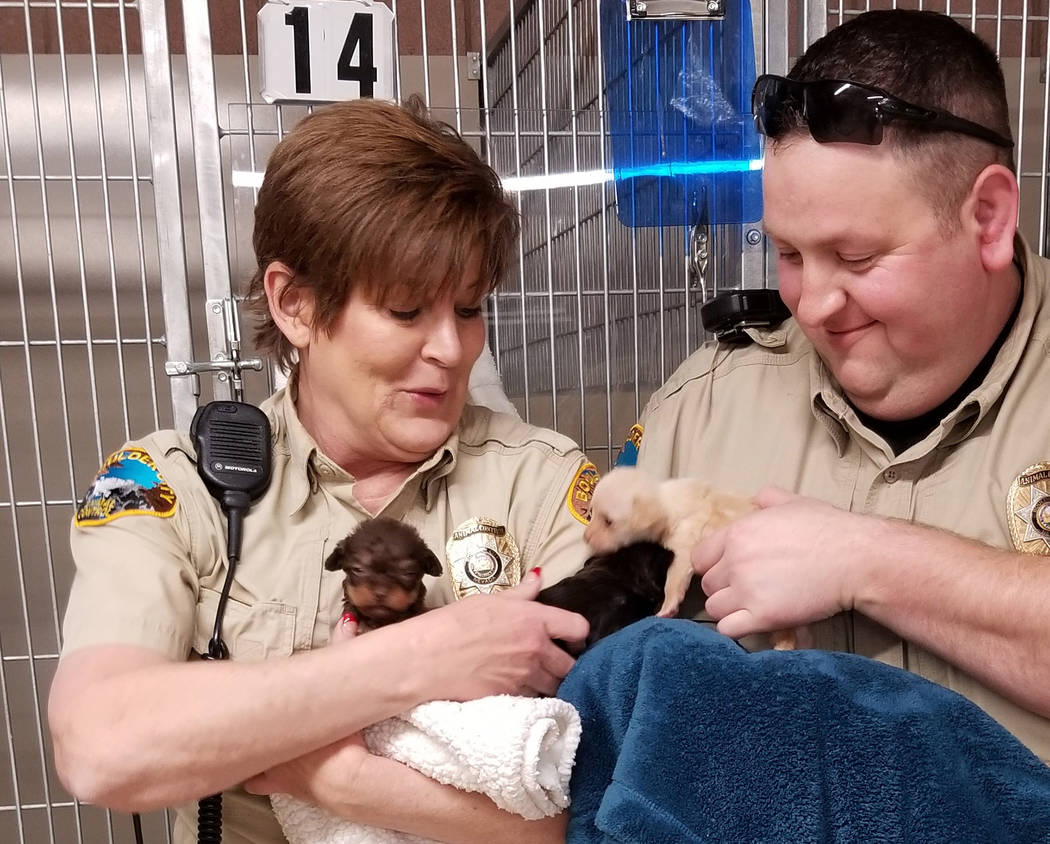 Boulder City Animal Control Supervisor Ann Inabnitt did not know that a visit and a cat adoption would lead to a $25,000 grant for the shelter, but it did.

“We are so excited,” she said.

Inabnitt said someone from Maddie’s Pet Project, a nonprofit dedicated to improving the well-being of dogs and cats through veterinary care and adoptions across the state, contacted her in 2018 about visiting the shelter because it was starting a Southern Nevada chapter.

The visit went well, and she said she even persuaded the representatives to adopt a cat while they were there.

“At the end of the meeting, they said, ‘You have your act together. It sounds like you just need money,’” she said. “In December, I got another call from them. They said, ‘We are going to give you some grant money. Let us know how you want to spend it.’ … It was that simple and that amazing.”

From the grant money, $12,000 will be given directly to Heaven Can Wait non-profit clinic for spaying and neutering services.

“We have zero money from the city in our budget to provide spay and neutering,” Inabnitt said. “That has been 100 percent funded by a donor. … This will cover us for at least 18 months.”

The money also will be used for print advertising for pets who need homes, new signage at the facility and better cat equipment.

“It’s important because 98 percent of the dogs and cats we advertise in print are adopted by people over 60,” she said. “They aren’t online. The ones in the paper are usually adopted that same day. This (grant money) means we can do more of that.”

The shelter also will be able to buy cat trees that can be cleaned and shared from the animal to animal. Currently, it uses disposable ones.

“I want them to be comfortable and have a safe place, but I need to be able to disinfect them,” Inabnitt said.

Inabnitt has been with the animal shelter for almost six years. In 2015, she took over the shelter after former supervisor Mary Jo Frazier retired.

Frazier was charged with two counts of felony animal cruelty and pleaded guilty to one. The case also involved former Boulder City Police Chief Bill Conger, who knew about reports of Frazier killing shelter animals and chose to close the investigation. Conger pleaded guilty to a misdemeanor charge of failure by a public officer to perform a duty and was ordered to pay a $1,000 fine, which he paid immediately.

Since that time, Inabnitt and the shelter staff have worked to undo the damage from Frazier’s actions, and in the past four years, the number of animals that have come through its doors has tripled.

“Ann’s leadership is incredible,” Boulder City Police Chief Tim Shea said. “The shelter now qualifies as a no-kill shelter with about 96 percent of the animals taken in being adopted or placed in foster homes. … She truly provides a voice for our homeless pets.”

Inabnitt, however, said the shelter’s success is not because of her. Rather it is because of the community.

“I haven’t had to buy adult dog food since 2016,” she said. “That’s how well the citizens have supported this shelter. … Without that, there is no way we could sustain it. … You have to care, and this whole town cares and that’s why we’re successful. Without the community, we’re nothing.”