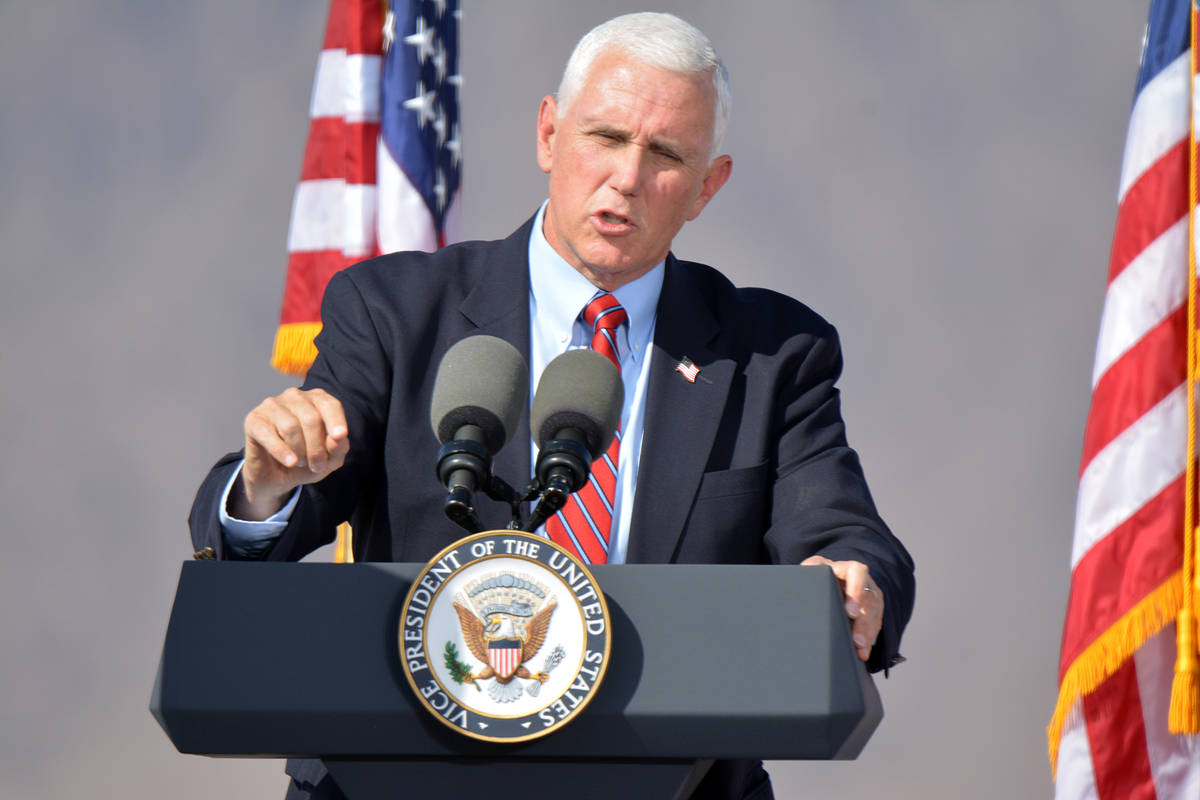 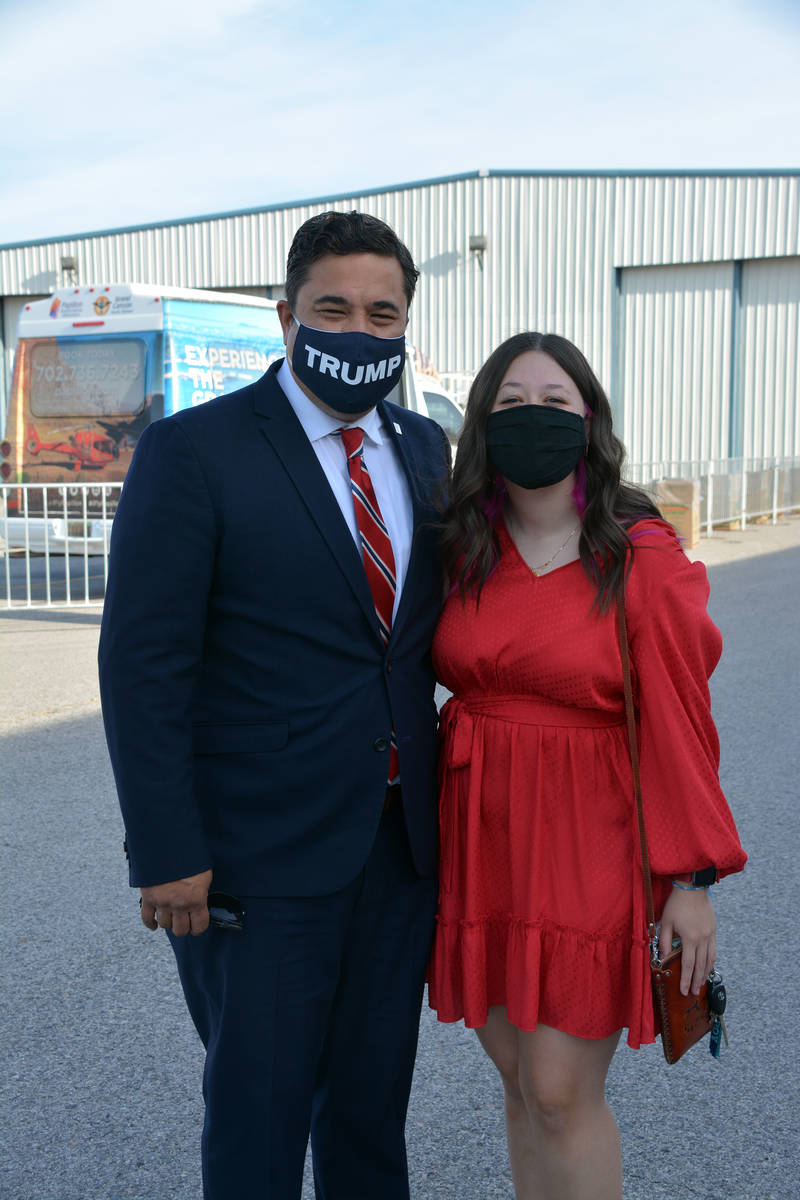 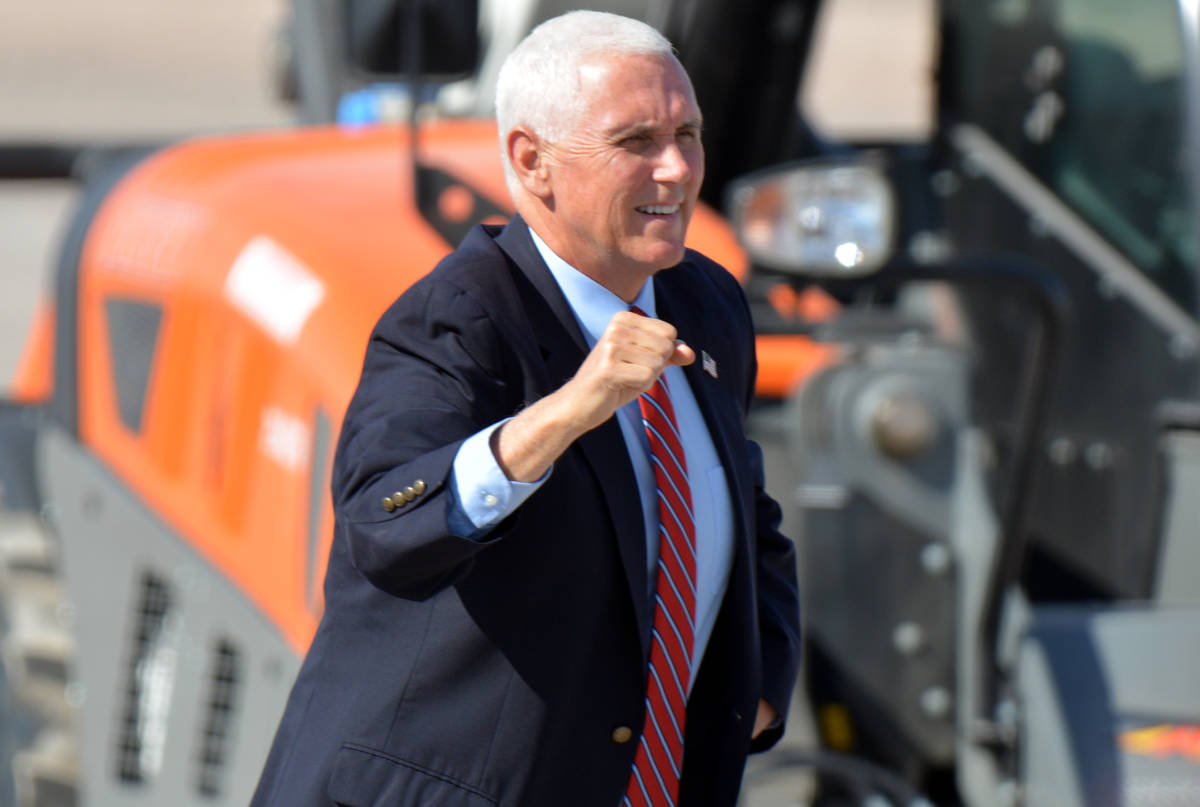 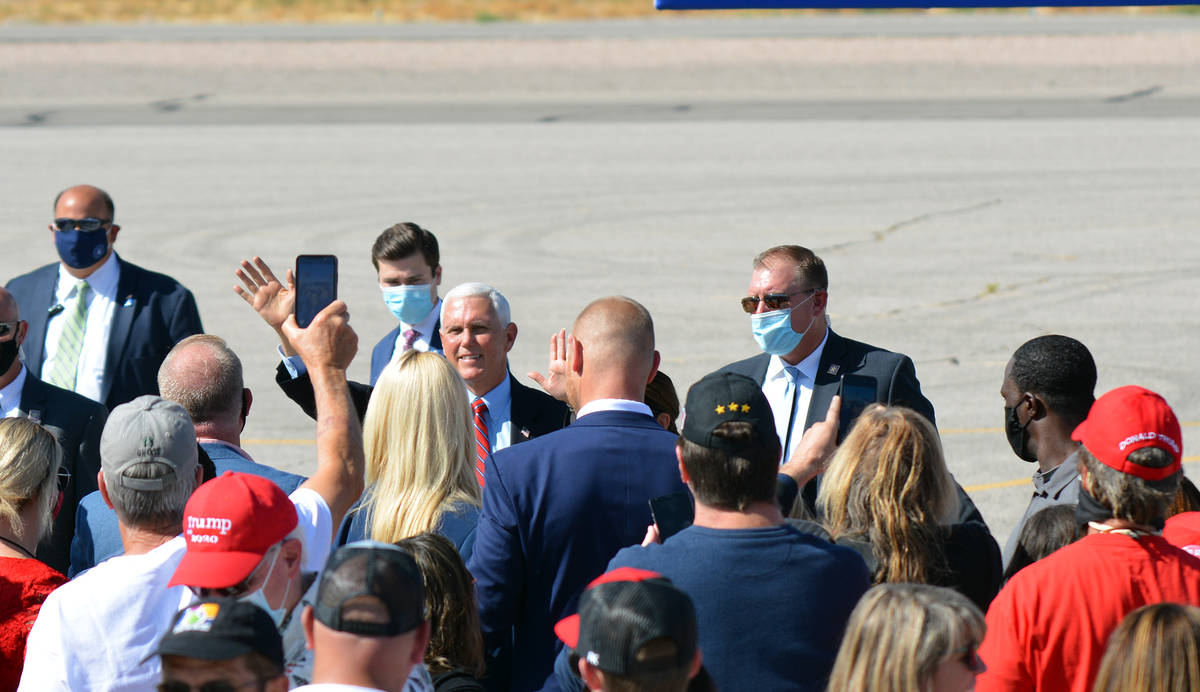 Boulder City recently had a place in the 2020 national presidential campaign as Vice President Mike Pence stopped by for a visit Oct. 8.

The rally was held at Boulder City Municipal Airport, and 250 people were able to attend. Due to the pandemic, attendees’ temperatures were checked before they came in and they were asked to wear masks. Once they were inside the event area, however, some people took them off.

Boulder City resident Zach Inman said he came to support the president and hear about what they are going to do in the next four years. He said he was most interested in hearing about the economy.

“We gotta get that going again,” he said.

“I think he’s an awesome speaker,” he said about the vice president. “I believe everything he says.”

James Ebert, another Henderson resident, said his son is a police officer and he “supports the blue.” He also said he’s supporting the president because “he’s done exactly what he said” he would do when he was elected.

During his speech, Pence highlighted different accomplishments Trump had made in the last three and half years as well as both of their desire to stay in the White House for another four years. He also promised to support law enforcement and not cut funding for it.

“We’re not going to defund the police. Not now, not ever,” he said.

Additionally, Pence took time to encourage everyone and said there will always be more that unites Americans than divides them.

“I just consider it an amazing opportunity,” she said. “Whether it’s good or bad, I’ll be able to have it for the rest of my life.”

Calvary Church pastor, the Rev. Jason King, was also part of the presentation. He gave the opening prayer, thanking God for the opportunity to gather and asking for his healing power for the country.

“I was surprised and honored to be asked to give the opening prayer,” he said. “And I quickly said yes because, as a Christian, and as a pastor on top of that, there is no more important role I could fulfill at that event. I’m humbled and thankful for such a unique and special opportunity.”