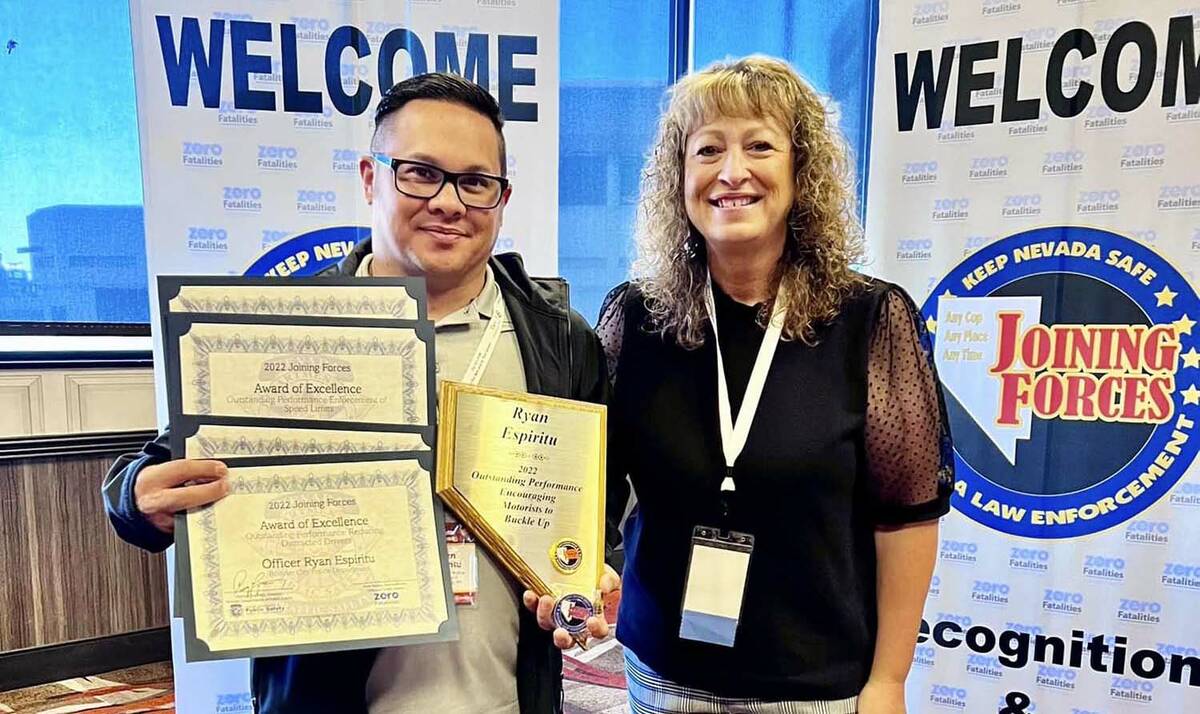 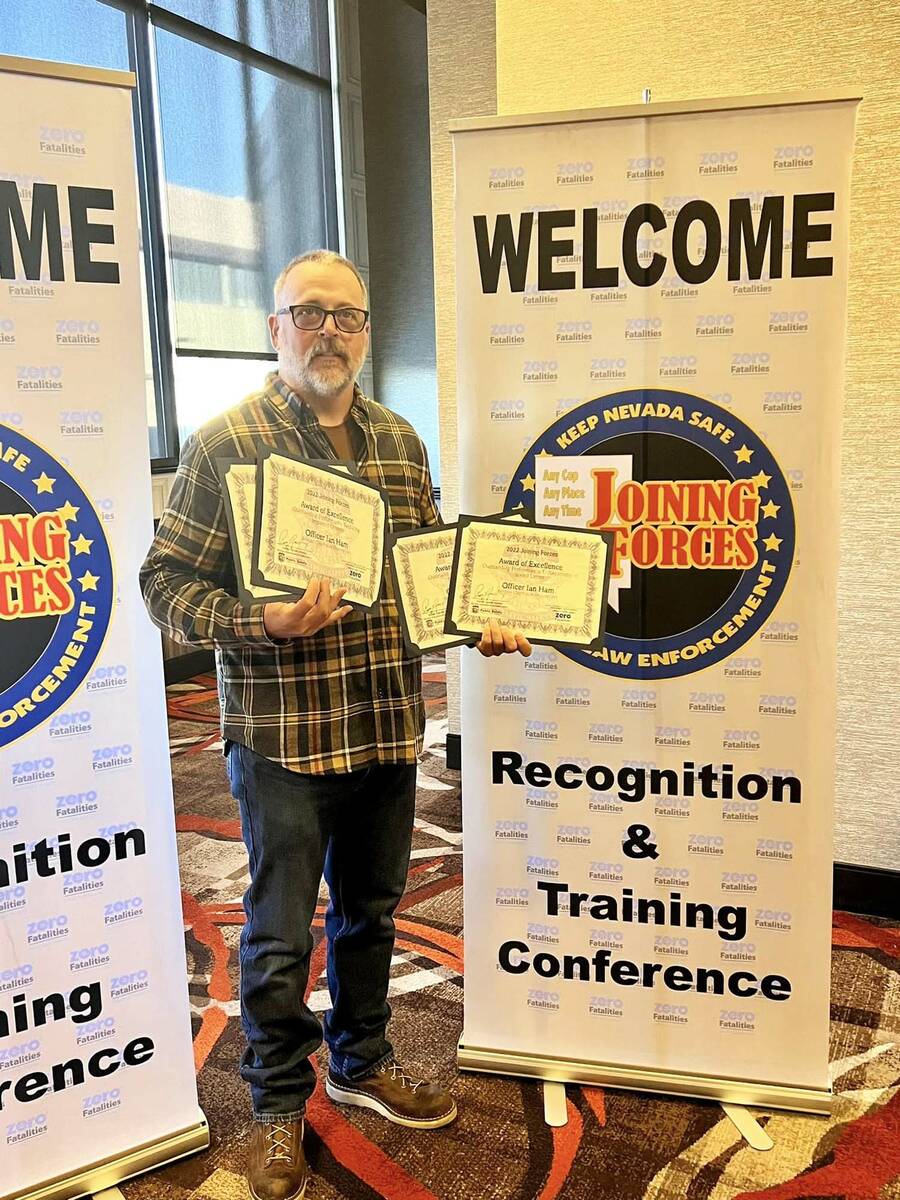 Espiritu was nominated for four awards and won the award for Outstanding Performance in Encouraging Motorists to Buckle Up.

“It’s an honor to be recognized, but I don’t do this job for awards,” he said.

Espiritu was a field artillery officer in the Hawaii Army National Guard for six years and a police officer with the Honolulu Police Department for eight years before joining the Boulder City Police Department in 2020.

Ham has been with the Boulder City Police Department since 2001 and received four nominations for his police work.

“I feel honored to be nominated,” Ham said. “The public may not see what we do as important, but we are potentially saving lives.”

As far as safe driving tips for the holidays, the two officers said slowing down and avoiding impaired driving are their top recommendations.

“If you are in no condition to drive, whether it’s being impaired or tired, stay where you’re at,” Espiritu said. “We all get tired and sometimes, in my experience, tired driving is worse than impaired driving.”

“Slow down,” Ham said. “Speed leads to a lot of fatal accidents.”

Ham said he plan to retire from the Boulder City Police Department after July 4 so he can apply to the Texas State Highway Patrol to join his 24-year-old son, Brian Ham, as a Texas State Trooper.

The Joining Forces program is a grant-funded campaign run by the Nevada State Police Office of Traffic Safety that aims to reduce traffic-related injuries and deaths through multijurisdictional high-visibility education and enforcement.