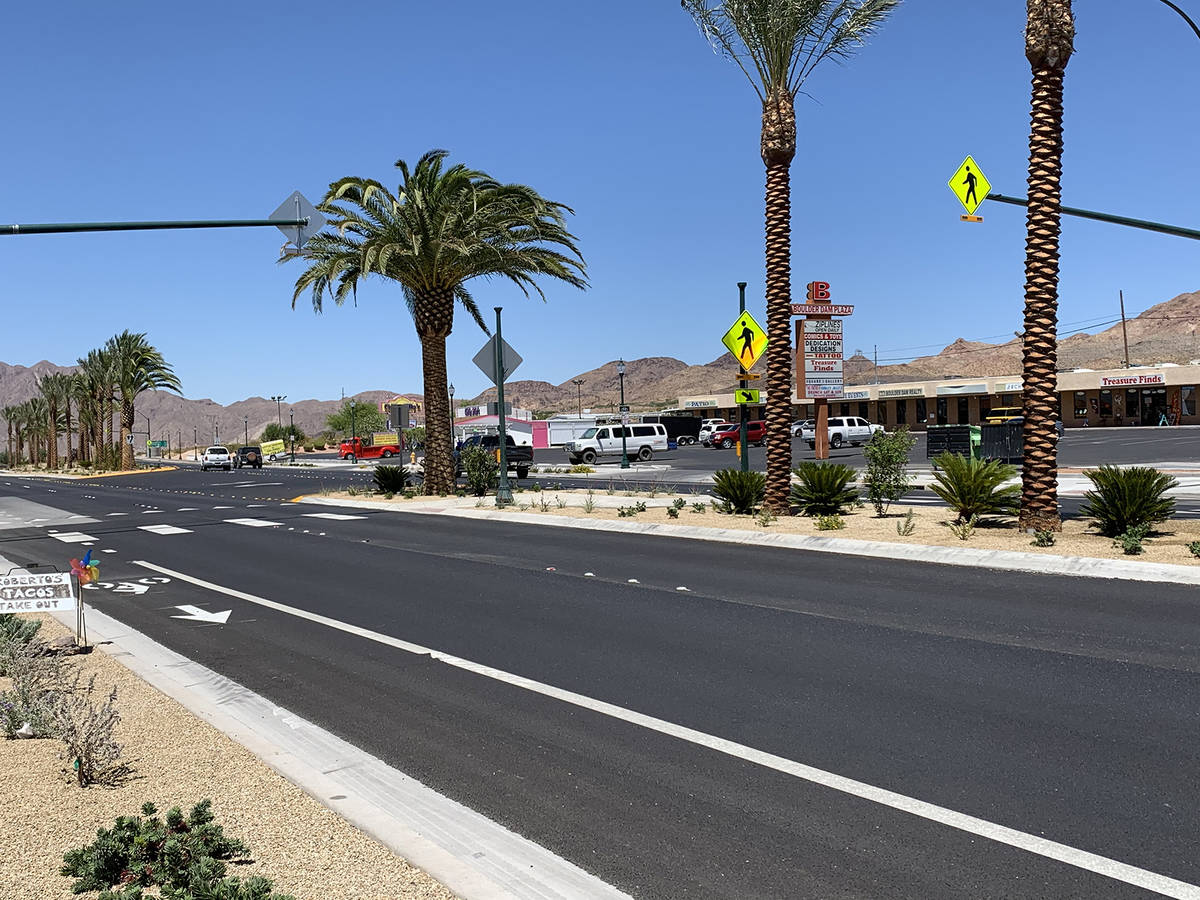 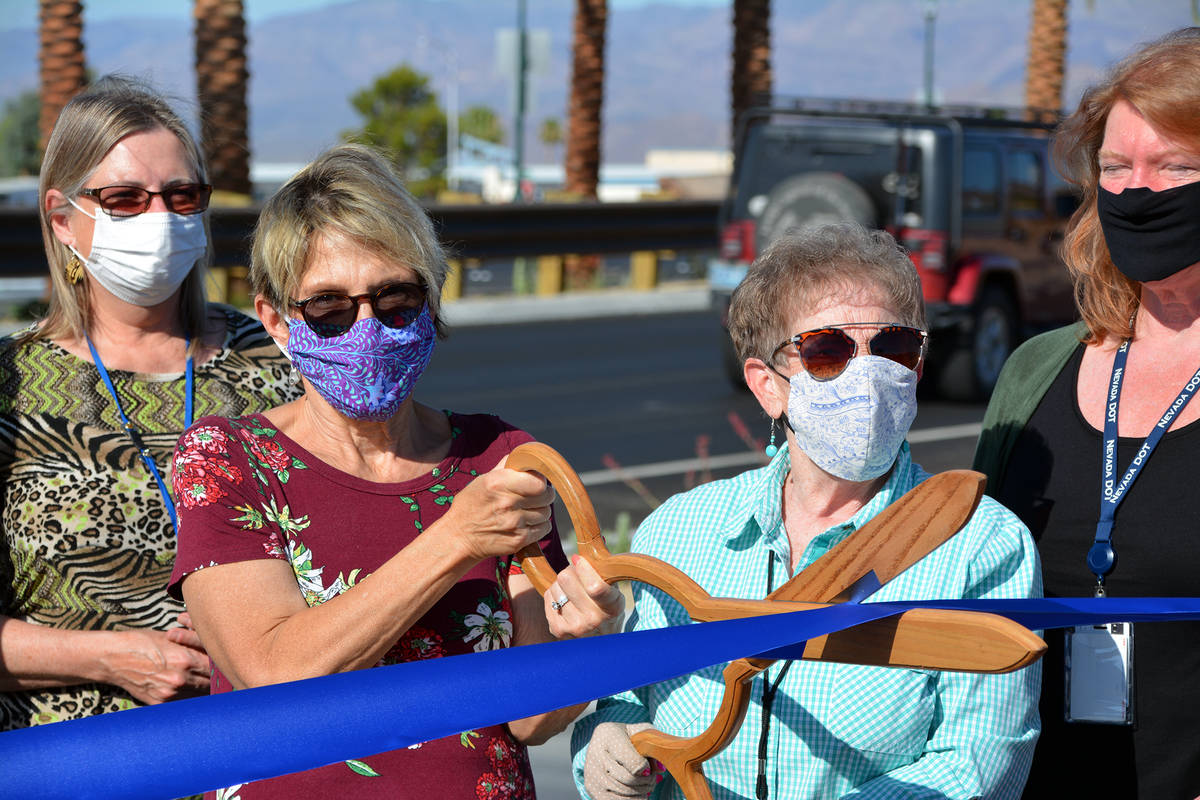 The completion of a multimillion dollar renovation project along Boulder City Parkway was celebrated by the city Monday, July 13.

The $18.2 million complete street project made the highway and sidewalks from Buchanan Boulevard to Veterans Memorial Drive safer and more aesthetically pleasing. Upgrades were also done to the asphalt, sewer main and water systems, including installing new fire hydrants and an irrigation system.

“Boulder City is a small town, but with an estimated 9 million visitors to Lake Mead a year, we are definitely a busy attraction,” said Public Works Director Keegan Littrell. “Making our main road into town more pleasing to the eye should encourage visitors to make a stop by one of our amazing businesses to shop, eat and enjoy our great city.”

The project was a partnership between Boulder City, the Regional Transportation Commission of Southern Nevada and Nevada Department of Transportation. Boulder City was responsible for $626,380 of the project’s cost, which covered the removal and replacement of an aged section of the sewer main, replacing water services and installing amenities like bike racks, benches and trash cans. RTC and NDOT paid for the rest of the project.

“We would not have been able to do this project without the support of RTC and NDOT,” said Mayor Kiernan McManus. “We greatly appreciate their investment in this truly regional artery as this project will make the entry of our community inviting and welcoming to people from around the world.”

Littrell also thanked local businesses for their support during the past year.

“They were great to work with,” he said. “We appreciate their patience and their cooperation.”

Boulder City Chamber of Commerce CEO Jill Rowland-Lagan spoke during the ceremony. She said all the businesses love the community and want to honor the city’s history, provide great opportunities for visitors and have great customer service.

Additionally, she said she wants the visitors to know the businesses will help all of them have a great time while they are in town.

The company’s business development manager, Jed Wheeler, said the project was completed on schedule, on budget and successful because of the team effort.

“The team has just been very good,” he said.

The project started Aug. 19 and was scheduled to be completed in July. Originally it was estimated to cost $17.5 million, but the total was adjusted to $18.2 million.

“As construction progressed, we found items that needed to be replaced, mostly related to water infrastructure,” said City Engineer Jim Keane. “We had to add a guardrail per NDOT requirements. … There was some unanticipated concrete work as well. Those items account for the majority of the cost differential. These additional expenses make for a better, safer outcome.”