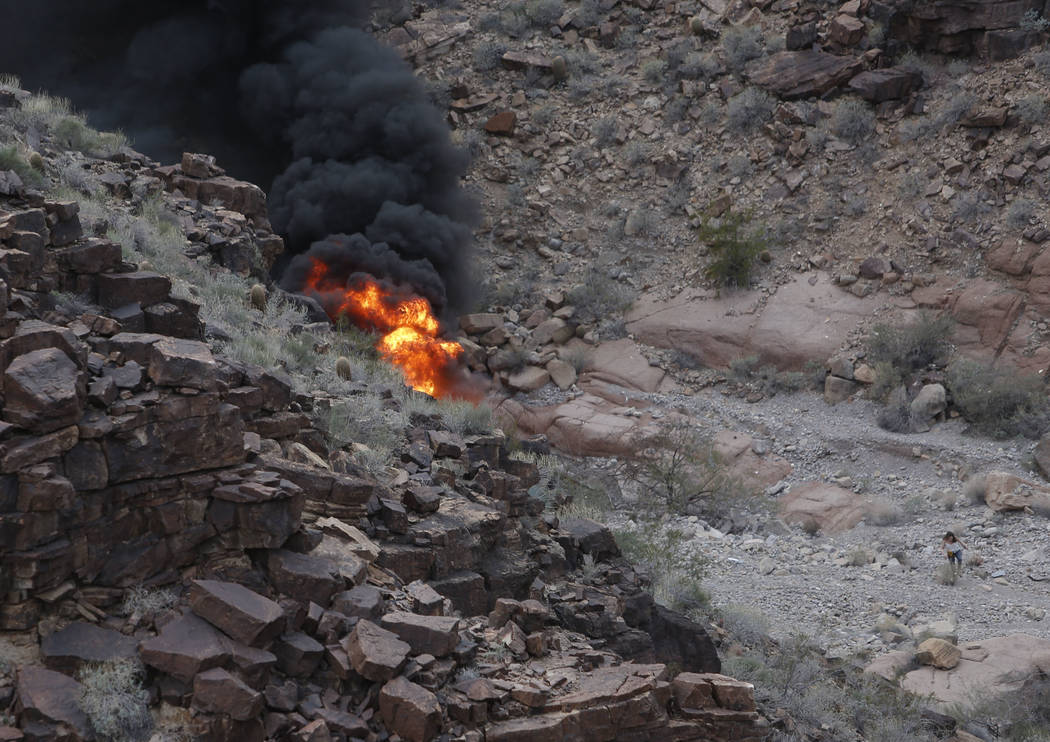 Teddy Fujimoto A Papillon tour helicopter crash in the Grand Canyon, Arizona, on Saturday killing three people and injuring four. The cause of the crash is under investigation and flights to the area have been temporarily suspended.

A helicopter crash in the Grand Canyon on Saturday, Feb. 10, that killed three and injured four is being investigated by the National Transportation Safety Board and resulted in a temporary flight restriction for the Grand Canyon West area.

A Eurocopter EC 130 B4 helicopter operated by Boulder City-based Papillon Grand Canyon Helicopters crashed at approximately 5:15 p.m., killing three of the six passengers, who were from the United Kingdom. The remaining passengers and the pilot were “seriously injured,” according to Stephen Stein, an NTSB air safety inspector.

The rescue efforts were hampered by severe winds, and concluded at 2:06 a.m. Sunday, Feb. 11.

According to Bradley, the pilot had a “severe injury” to one of his limbs and one of the victims had severe burns.

At a press briefing, Stein said that he and several others with the NTSB and the Federal Aviation Administration were conducting an on-scene investigation to gather perishable information that would not be available after the wreckage was removed.

“Once wreckage has been removed, we will start to gather archive information related to the pilot, the aircraft, and the environment,” he said.

Stein said a preliminary report that would “briefly describe” the circumstances surrounding the accident will be available at www.ntsb.gov in the next five to 10 days. The final report, that would include an analysis with the probable cause, should be complete in approximately 18 months.

The long timeline is “because it’s a very technical heavy investigation,” he said.

Stein said federal investigators are looking into whether the helicopter had a crash-resistant fuel system. A 1994 FAA regulation requires all newly certificated helicopters to be equipped with the system, but those with certificates approved before October of that year are not subject to the rule.

When asked at the briefing if the helicopter exploded on impact, he said that the most he could do was describe the scene of the accident.

The FAA put the area under a temporary flight restriction and according to a Papillon spokesperson it has been lifted and flights have resumed.

“It is with extreme sadness we extend our heartfelt sympathy to the families involved in this accident,” said Brenda Halverson, chief executive officer of the Papillon Group. “Our top priority is the care and needs of our passengers and our staff. Family members seeking immediate assistance, please call 1-866-512-9121. We are cooperating fully with NTSB investigators and local authorities.”

Stein encouraged anyone who witnessed the accident to email the NTSB at witness@ntsb.gov.

The Las Vegas Review-Journal contributed to this article.