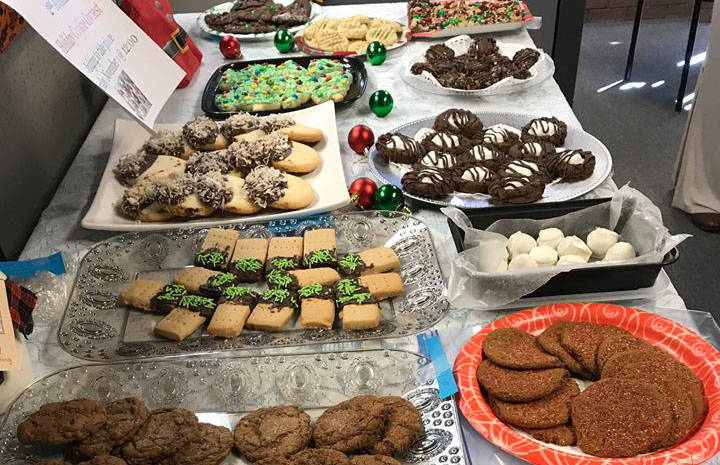 The Boulder City Review is seeking entries for its third annual Christmas cookie and confection contest.

After two successful years of judging cookies, the contest has expanded this year to include a category for candy and confections.

Entering is easy. Simply bake a dozen cookies or create a dozen confections and bring them, along with a copy of the recipe, to the Boulder City Review office by noon Nov. 14. There is no entry fee.

Each entry will be judged on its appearance, availability of ingredients, ease of preparation, taste and shelf life.

Winners will be notified by Nov. 21 and their recipes will be featured in the Boulder City Review’s special Taste of the Holidays issue Dec. 5.

Bakers and candymakers are welcome to enter as many times as they wish.

The contest is open to anyone except employees of the Boulder City Review or Las Vegas Review-Journal Inc. or their relatives.

The Boulder City Review is at 508 Nevada Way, Suite 1.

An Ohio man who stole a government vehicle and was chased by National Park Service rangers from Lake Mead National Recreation Area last week still has not been identified.

According to the National Park Service, rangers responded to the incident around 10 a.m. Oct. 17 after a park employee notified dispatch. The Arizona Department of Public Safety also responded.

The driver, a 32-year-old man from Ohio, took the government vehicle near Meadview, Arizona, and traveled to U.S. Highway 93 and then turned onto Temple Bar Access Road. When he turned around to head back to U.S. 93, officers successfully deployed spike strips to puncture the tires, but the driver continued traveling north on U.S. 93 as well as going against traffic in the southbound lane.

The man then fled on foot after running the vehicle off the road near mile marker 12. He was apprehended and taken into custody around 1:30 p.m.

Boulder City resident Donald Shapiro, who was accused of groping a disabled person during a car ride, pleaded guilty to the gross misdemeanor charge of open or gross lewdness Monday, Oct. 21, in Nevada’s Eighth District Court.

Shapiro was originally charged with one felony count of open and gross lewdness upon a vulnerable person.

According to the negotiated guilty plea agreement, if it is determined that he is not a high risk to reoffend, he could just be given probation as his sentence. Additionally, if he successfully completes his sentence, he can withdraw this guilty plea and plead to guilty to the misdemeanor charge of lewd and/or dissolute conduct.

Shapiro’s sentencing is set for 9:30 a.m. Feb. 18. He was released from the Clark County Detention Center until that time.