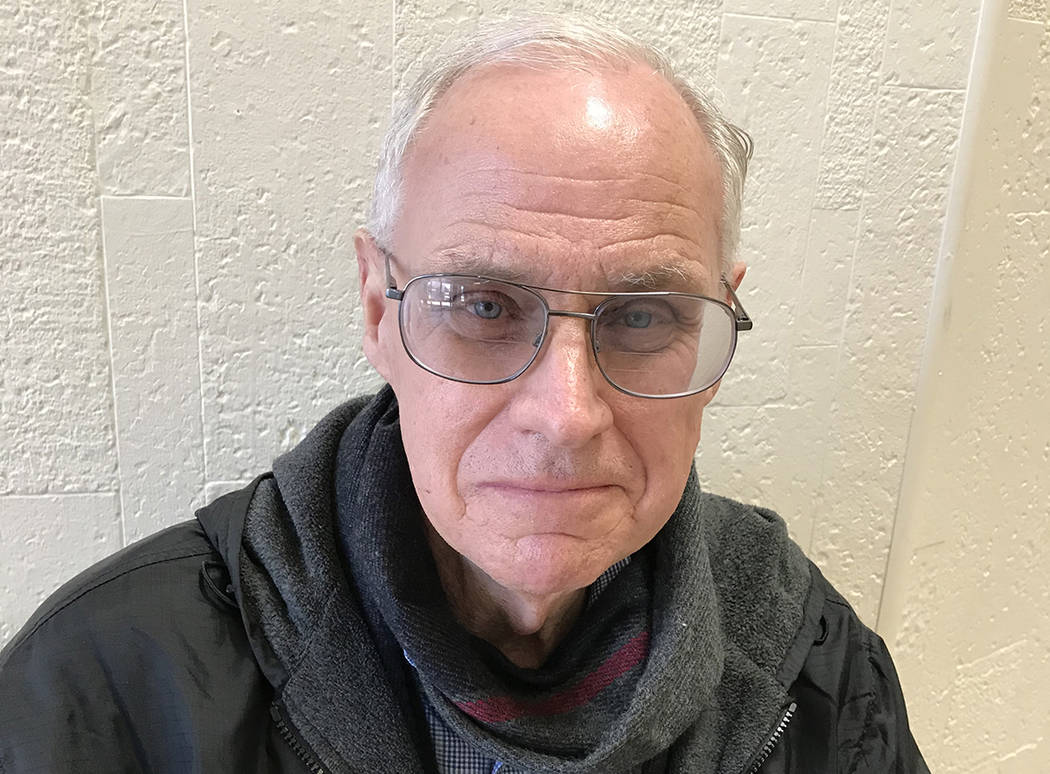 City Council candidate Brent Foutz is being charged with unlawful trespassing and resisting a public officer.

The Boulder City Municipal Court charges stem from an incident in December 2018 where he allegedly refused to leave the Nevada State Veterans Home, 100 Veterans Memorial Drive, after being told he was trespassed and must leave. The criminal complaint said Foutz also lunged toward one of the officers in a “violent manner” and became more aggressive when the they were trying to restrain him. Additionally, he refused to comply with orders and it took both officers to drag him into the patrol vehicle.

The complaint was filed by the city attorney’s office Dec. 10. A pretrial conference is scheduled for 3 p.m. March 12.

Foutz is one of eight candidates vying for a seat on City Council in the 2019 municipal election. He did not return a call for comment.

Public can comment on plan for low water at Lake Mead

The National Park Service is extending the public comment period to Feb. 15 for an environmental assessment to help plan for low-water conditions at Lake Mead.

The assessment will help decide between four alternatives for how to maintain lake access and provide safe and diverse recreational opportunities at elevations above 950 feet.

The four alternatives are:

■ No action; launch ramps and marina services would be discontinued at insufficient water depths.

■ Alternative A, the park’s preferred alternative, would continue launch ramps and existing marina services to an elevation of 950 feet, where possible.

■ Alternative B, would continue launch ramps and modified marina services to an elevation of 950 feet, where possible.

■ Alternative C, would continue launch ramps to an elevation of 950 feet, where possible. Marina services would be discontinued.

The document is available for review at http://parkplanning.nps.gov. Comments may be submitted electronically via the website.

Boulder City Chamber of Commerce is holding a series of public meetings about off-highway vehicles in Boulder City.

Each one will feature an open discussion about allowing off-highway vehicles on city streets and the creation of a trail system.

“We thought by doing a series of one per month, that those not able to attend one could have a selection to choose from,” said Jill Rowland-Lagan, CEO of the chamber. “Also, we’ve found that over the last year of more formal discussions on this, new questions come up. So we were hoping that through the discussions, we may get some great feedback and new ideas, or also ways to come to the middle with those who have real concerns.”

The next meeting will be held at 6 p.m. Monday, Feb. 25, at the Elaine K. Smith Building, 700 Wyoming St. Others are scheduled for Tuesday, March 19; Wednesday, April 17; and Thursday, May 23. All are will be at the same time and location.

Mammovan set to return to Boulder City on Saturday

Nevada Health Centers’ Mammovan will make a return visit to Boulder City from 8 a.m. to 3:40 p.m. Saturday, Feb. 9. It will be parked in the lot in front of City Hall, 401 California Ave.

The Mammovan will offer mammography services, including 3D screening. Women are encouraged to check with their insurance company to see if a 3D scan is covered. If not, there is a $50 charge for a 3D scan.

Mammographies are key in detecting breast cancer early. They are primarily for women 40 and older, but will be provided to those younger than 40 who have a referral from their health care provider.