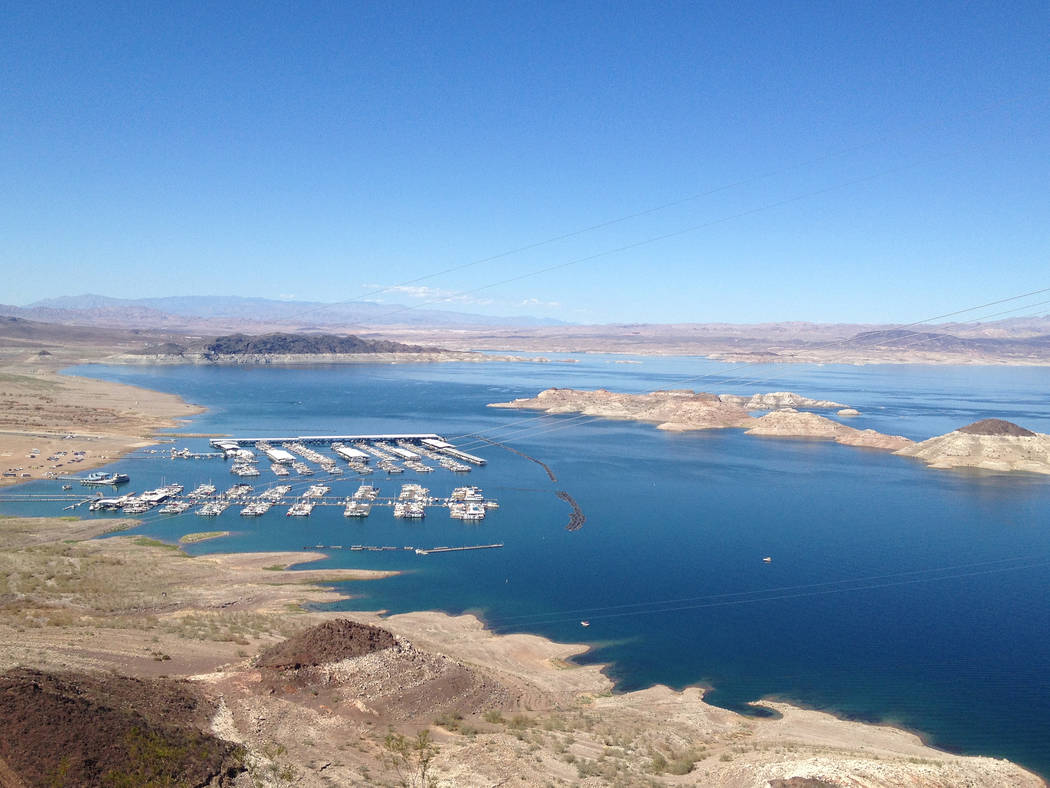 The only thing on the ballot will be the City Council election. There are two open seats, with eight candidates vying for the positions.

A 17-year-old from Henderson died Friday at Lake Mead National Recreation Area after he was ejected from a pickup truck that rolled on Old Nelson’s Landing Road.

Kalob Michael Meyer died from blunt-force injuries and mechanical asphyxia from being trapped under the truck, the coroner’s office said. His death was ruled an accident.

The National Park Service said the pickup truck’s driver had been speeding and driving erratically when he lost control of the truck. The driver was arrested for reckless driving.

At 12:59 p.m., a call came in about a crash involving two motorcycles near mile marker 30. One of the victims was pronounced dead at the scene. The other victim was transported by helicopter and later succumbed to his injuries.

The incident is under investigation by Lake Mead National Recreation Area and Nevada Highway Patrol. The Clark County coroner will confirm the victims’ identities and determine their cause of death.

The highway, which leads to Lake Mead and the Hoover Dam, was completely closed for a number of hours.

Any person can nominate any property in the historic district for the honor. The award will be presented at the May 9 City Council meeting.

The award is based on the exterior of the building or property, and will recognize examples of preservation or restoration, or a historically appropriate remodel or addition.

Each nomination should include the property’s address for homes, as well as the current business, church or institution name. Before and after photos are not required but are helpful.

More information can be found at bcnv.org; click on the historic preservation award nominations link on the left side of the page.

The National Park Service is seeking public comment on a project that would add wireless internet infrastructure to developed areas within Lake Mead National Recreation Area.

The park is developing a five-year contract that would allow a business to provide wireless internet access at reasonable rates within select areas of the park to improve and modernize the visitor experience.

Antennas will need to be installed within the park to provide the service. Infrastructure will be confined to existing structures and buildings within campgrounds, marinas, employee housing areas and concessioner facilities.

This project has the potential to affect structures and campgrounds built between the 1940s and the 1960s that are considered historic. Every effort will be made to ensure the visibility of equipment is minimal to visitors and that it will not affect the historic character of the campgrounds.

Contract to operate marina at Lake Mohave open for bid

Proposals to operate a full-service marina, including moorage, boat rentals, food and beverage, retail, fuel, campground and other related services at Katherine Landing within Lake Mead National Recreation Area are being sought by the National Park Service.

Located near Laughlin, Nevada, Katherine Landing is the second most popular area within the recreation area. In 2016, more than 800,000 people visited the area. Last year, more than $11 million in improvements were made to the main access road and parking areas.

The prospectus for the 15-year business opportunity is available on the National Park Service Commercial Services website at https://concessions.nps.gov/lake007-18.html.

A one-day site visit is available March 29. Interested parties must RSVP to NPS Coordinator Kim Gagliolo at Kim_Gagliolo@nps.gov by March 28 to reserve a spot. The email should include the following information: name of company or organization, a list of all attendees (full name) and name of the primary contact, including email address and phone number.

Questions about the prospectus must be submitted in writing to Gagliolo by April 5. Proposals must be received by the National Park Service, Commercial Services, Attn: Kimberley Gagliolo, 333 Bush Street, Suite 500, San Francisco, California 94104, no later than 4 p.m. June 28.