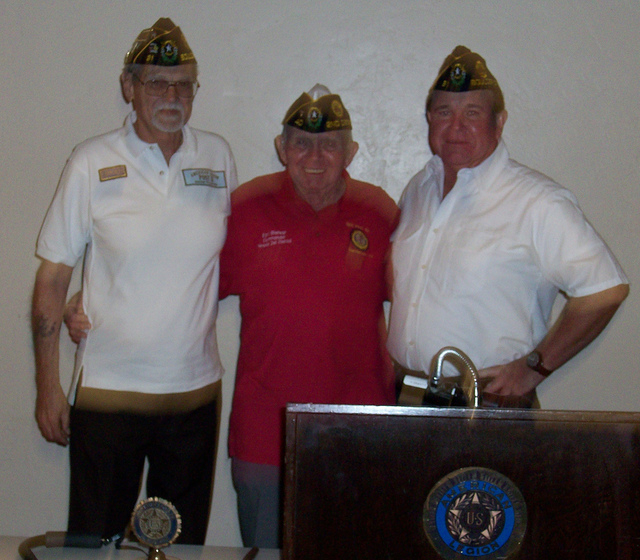 Attorney Stephen Stubbs filed a motion in District Court to appeal his guilty verdict from his battery case in Boulder City Municipal Court in May, citing prosecutorial misconduct on behalf of City Attorney Dave Olsen.

Stubbs claimed that Olsen withheld exculpatory evidence during the trial, and said Olsen targeted him as retribution after Stubbs filed lawsuits against members of the Boulder City Police Department in 2012.

Stubbs also claimed that Olsen gave a false statement to the Boulder City Review about the trial, and called Olsen’s actions “blatant and shameful.”

Olsen said he doesn’t believe the city withheld any evidence at all.

“I have always had an open file policy,” Olsen said. “We don’t have anything to hide from anybody.”

Stubbs’ trial is scheduled to go to District Court Sept. 3.

A man died after a car crash in the Lake Mead National Recreation Area Monday morning. The Clark County coroner identified him as 51-year-old Kenneth Whiteaker of Henderson.

NPS and the Henderson Fire Department responded to the scene where Whiteaker was pronounced dead, Vanover said. Two others were airlifted to the hospital.

Parts of Wetland Trail to remain closed through October

Portions of the Wetland Trail in Lake Mead National Recreation Area will be closed until the end of October during the construction of a grade control structure in the Lower Las Vegas Wash.

Parts of the trail closed in early February and were scheduled to reopen Monday, but National Park Services spokesperson Christie Vanover said hard rock in the area has forced them to push back the reopening for another four months.

Hall served in the Army’s 82nd Airborne Division during the Vietnam era. He is a graduate of Valley High School and attended UNLV after serving in the Army. Upon graduation from UNLV, he re-entered the military as a commissioned officer in the Air Force and later became a special agent for the Federal Bureau of Investigations. He moved to Boulder City in 2011 after retiring with 24 years in the FBI.

American Legion Post 31 invites all Boulder City military veterans to serve their community; for details, call the post at 702-293-6374.

The two victims of a June 12 plane crash near Echo Bay have been identified by the Clark County coroner’s office.

Troy Sexton-Getty, Jr., 48, of Carson City and Natalie Jimenez, 28, of Overton died after the plane they were traveling in crashed near the Echo Bay Airport, officials said.

Clark County firefighters and volunteer units from Overton and Moapa responded to the crash after a witness reported seeing a two-seater plane go down.