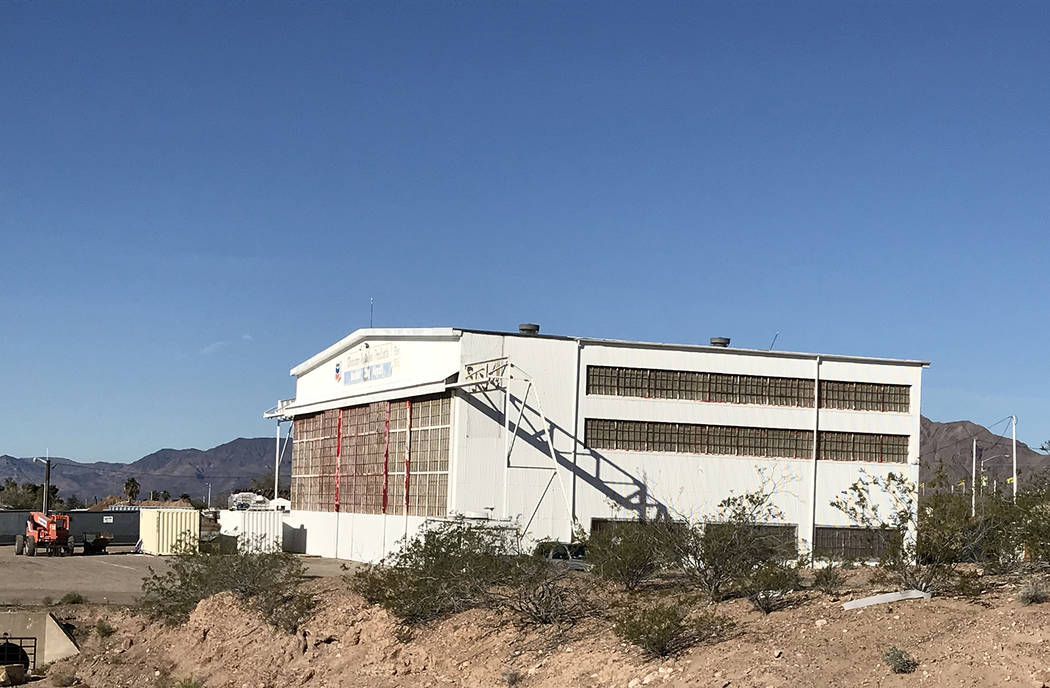 Hali Bernstein Saylor/Boulder City Review The old airport hangar at what was once Bullock Field is part of the area that has proposed to be part of a new historic district. 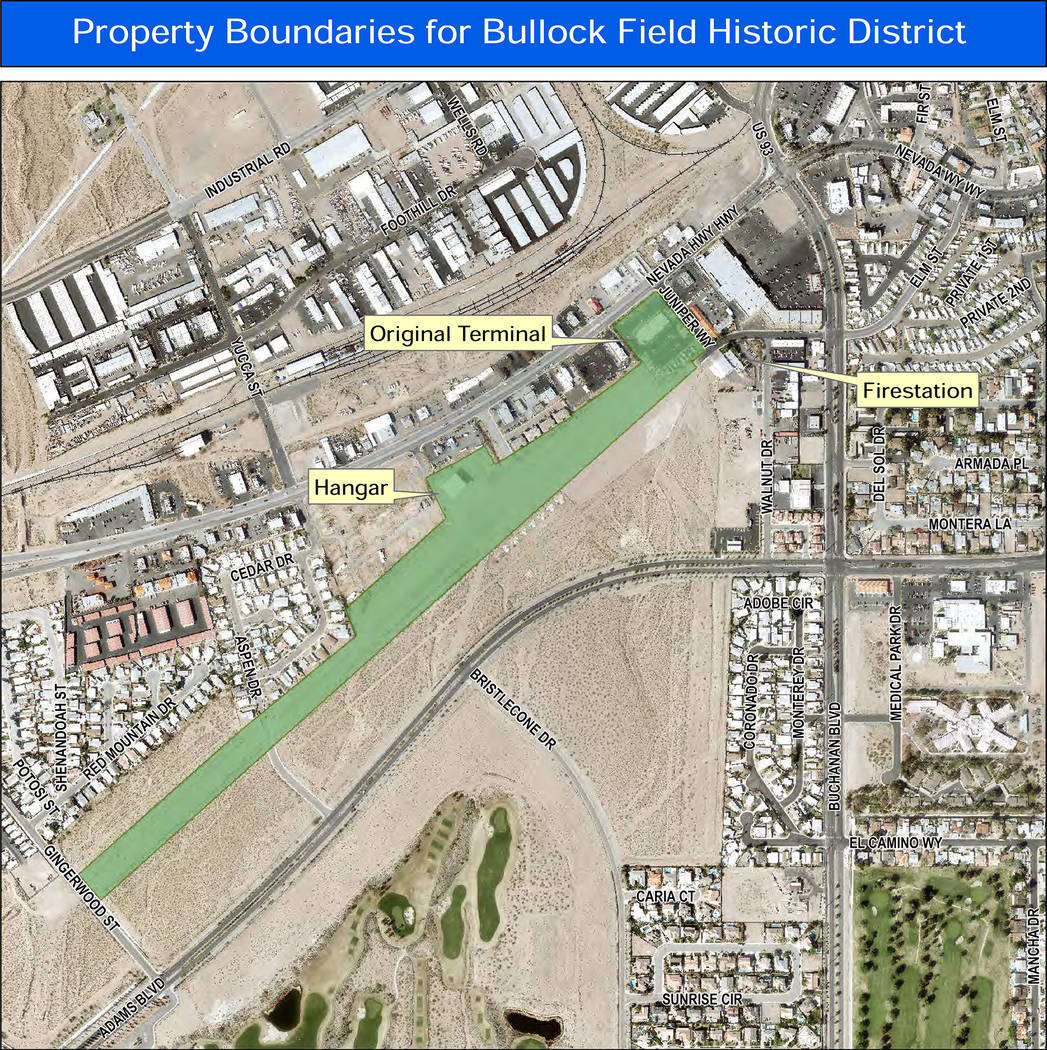 Boulder City Boulder City's Historic Preservation Committee has proposed the creation of a new historic district that would encompass Bullock Field, the original airport terminal and the land where one of three runways was situated. Members of the Planning Commission heard the proposal March 21 and forwarded their recommendation to create the historic district to the City Council.

Creation of a new historic district that would honor the role aviation played in the city’s past has been proposed.

A plan to create the Bullock Field Historic District was presented to members of the Planning Commission at their March 21 meeting. Alan Goya, president of the city’s Historic Preservation Committee spoke on behalf of the group, which proposed designating the area that incorporates the original airport hangar site, former TWA terminal building and a portion of the sole remaining runway as a new historic district.

“I feel it is important to preserve as it tells another part of our story,” he said.

Goya said that in the 1930s, Bullock Field was the largest airport in the state. After presenting a short history of Noel Bullock, who the field is named after, and the airport itself, he said “to me, it’s an incredible story.”

He touched upon its use by the first company to offer air tours of the Grand Canyon, Howard Hughes as a base to test his amphibious aircraft that eventually crashed in Lake Mead, and by the Civil Aeronautics Authority.

The hangar itself, built with the intention of being used by the U.S. Navy during World War II, is the last building that directly ties the city to the war.

The Historic Preservation Committee has been discussing the proposal for many months and feel that with the impending opening of Interstate 11 and plans for a new railroad museum, the timing was right to honor the city’s aviation heritage.

Blair Davenport, a member of the committee and regional curator for the National Park Service, said there are many arguments that support designating Bullock Field as a history property, including the ability to use it as a educational tool to teach students about the area’s past, to promote additional tourism and give the city a voice that says it cares about historic resources.

“We, the people of Boulder City, love our city and want to see it preserved,” she said.

According to Susan Danielewicz, city planner, creating a new historic district would not come with any regulations, unless those are added at a later date, and that compliance with guidelines for changes to property within the area would be strictly voluntary.

Commissioners Ernest Biasci and Steve Walton sought clarification on the designation because they knew the site of the old airport hangar is currently on the city’s land management plan for various commercial uses. Additionally, voters will be asked on the November ballot to consider selling the parcel.

Danielewicz said assured them that even if a parcel is on the land management plan, there is no obligation or guarantee that it will be developed or sold.

“Because compliance with the guidelines (for the city’s historic district) are voluntary, even with the recommendation from the Historic Preservation Committee, a person could go through the zoning process (to develop the land),” she said.

The lone opposition to the proposal came from Tom Perkins on behalf of Boulder City Elks Lodge No 1682. He said there has been a recent change in Elks’ leadership and they would like to “respectfully request” delaying any action that would include the former TWA terminal, now site of the lodge, until they could make a decision.

Goya said the Historic Preservation Committee wanted to include the Elks lodge because of it is a prime example of repurposing a historic building.

Despite wanting to honor the lodge’s request, planners unanimously recommended forwarding a recommendation to the City Council for it to consider creating the new historic district, while also directing staff to wait a few weeks to put it on their agenda so the Elks’ new board can consider the proposal.

Additionally, planners reviewed an application from StoryBook Homes for 30 residential allotments each for the 2016-2017 and 2017-2018 years to ensure it met zoning codes.

After some discussion about garage and driveway sizes, and landscaping, which were not related to the application, members voted to forward the application to the city’s allotment committee.

In other actions, Planners:

■ Were asked to consider topics for future training sessions.

■ Were asked to consider ways to improve communications with city staff.