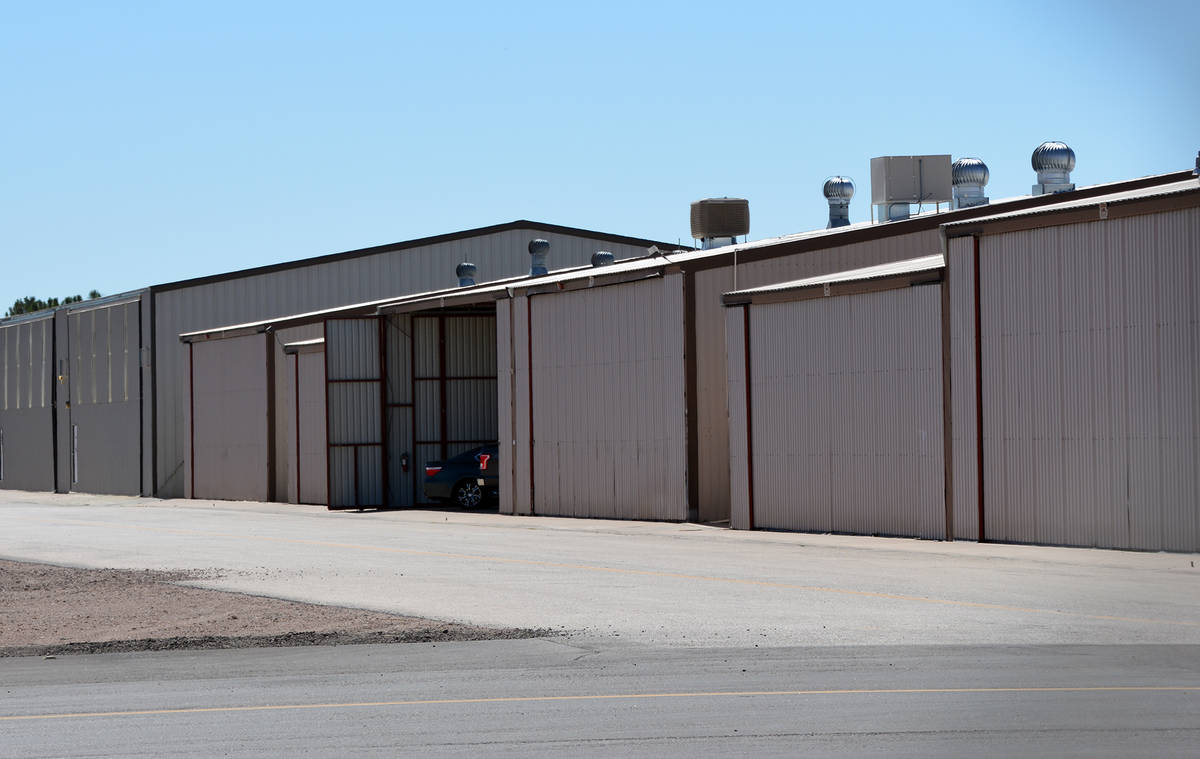 Boulder City leadership approved a new agreement and rent amount for 28 airport hangars despite a last-minute effort by Councilwoman Tracy Folda to extend the previous leases.

Folda had requested an item be added to the agenda for Tuesday’s, July 14, City Council meeting to present a proposal to extend the previous ground leases or create a new one. She said she wanted to have an open discussion about whether extending the leases, creating new ground leases or having the hangars revert to city ownership as provided by the original lease was best for Boulder City Municipal Airport.

The discussion accounted for nearly half of the approximately six-hour meeting and did not deter the other council members from proceeding with a new rental agreement.

Each of the 28 hangar tenants had a 30-year land lease with a clause stating that the hangars would revert to city ownership when the agreement expired July 2. City Council agreed to let the leases expire and directed staff to draft new leases as well as seek appraisals for the property.

During the almost two-and-a-half-hour discussion, airport hangar occupants Matt Ragan and Kurt Goodfellow presented a possible 20-year extension for the ground leases. The proposed new terms would have tenants paying $1.60 a square foot for the land as well as a $5,000 reversion deferral fee, allowing them to retain ownership of the hangars. They could also pay $5,000 for safety improvements within the first year in lieu of the deferral fee.

Additionally, Goodfellow said they were willing to pay more to sublease the property or not allow any subleasing.

Ragan said this plan would provide the city $10,000 more a year than if it took ownership of the hangars. Additionally, he said it would have less liability with the hangars if they stayed privately owned.

Mayor Kiernan McManus said the proposal still ignored the intent of the original lease, which was for the city to gain the 28 hangars as assets once the leases expired.

“My position is that there was a 20-year lease with a 10-year extension that was written 30 years ago,” he said. “The purpose for doing that was to get hangars built at the airport in exchange for a very low land lease rate, (original lease holder Nunno Corp. Ltd. ) … agreed, we will build these hangars with the understanding you are not going to charge us very much and at the end of the 30 years, we’re going to turn over these tenant improvements to you.”

McManus also said any new rental rate should incorporate the value of those hangars.

Goodfellow also said relying on city staff and outside companies for maintenance and safety issues scared him and was a “liability” for him.

Ragan is part of a group of the hangar owners who have filed a complaint in Nevada’s District Court against the city regarding the leases and hangar ownership as well as to be reimbursed for their costs and attorney fees in this case and for an excess of $15,000 in damages each.

“We never set out to get into litigation,” Ragan said. “We’ll be more than happy to drop anything … if this will be considered. Once it’s considered, you vote on it, and I can’t speak of everybody, but we just wanted a vote to say, ‘Hey, consider it.’”

During the discussion, Councilman James Howard Adams said he could not support the proposal because there wasn’t enough information to make an informed decision. Consultant Curt Custagna, with Aeroplex Aerolease Group, agreed.

Folda made a motion to have staff create and review new ground leases for the tenants, which failed 4-1. She voted for it and McManus, Adams, and Councilwomen Judy Hoskins and Claudia Bridges voted against it.

After that motion failed, council approved a new month-to-month rental agreement, charging tenants $4 per square foot for the hangars, which was the market rate amount recommended by Anderson Valuation Group LLC. The new agreement was approved 4-1; Folda voted against it.