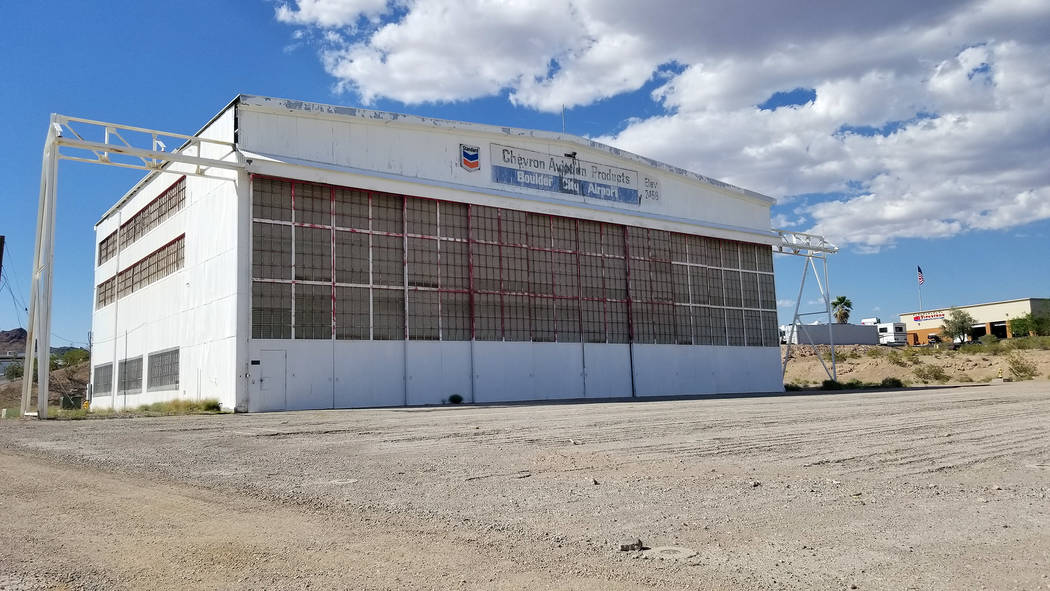 At the Aug. 28 Historic Preservation Committee meeting, some residents said they were concerned with proposals for the old airport property, 1401 Boulder City Parkway, because of its proximity to their neighborhood.

Some residents recently expressed concern with the proposals for the old airport property due to its proximity to their neighborhood.

During the History Preservation Committee meeting Aug. 28, 2019, three groups presented proposals for the 22.67 acres of land. The property includes an 8,000-square-foot hangar and 18.3 acres of runway space. It is located at 1401 Boulder City Parkway, and the proposals were in response to a request for information sent out by Boulder City staff earlier in the year.

The proposals included elements such as restoring the outside of the hangar as well as adding an RV and boat storage facility, RV campground, event venue, workforce housing, an arena for track cycling and an indoor ice rink.

“I don’t want to go outside and see a hundred boats on that landing strip there,” said James Clutterbuck.

Clutterbuck said he moved to Boulder City in December after he and his wife purchased a home in The Cottages, a 65-unit townhouse subdivision on Boulder City Parkway next to the airport property. One of the reasons he said he moved there was because of his patio’s view of the airfield and runway.

Clutterbuck said he hopes the projects take into account the homeowners there and provide for something that allows the beauty of the area to be appreciated.

Oris Munson said he had also bought his home at The Cottages because of its view of the mountains and runway, and he was concerned about the impact the changes could have on it.

“It would be a beautiful place for a park,” he said.

Sonya Wilson said she liked all the proposals and would not have a problem with the property being used for an event venue.

However, she suggested green space be used as a buffer between the airport property and the neighborhood instead of boats and storage.

Members of the Historic Preservation Committee weighed in on the proposals, specifically with how they would attempt to preserve the historical elements of the land.

Member Charlie Hauntz said he thought all the proposals would preserve the outside of the hangar, but he had some concerns about how the runway would be preserved.

Member Blair Davenport said she agreed about the need to preserve the runway, as it is an important feature in the historic district.

Member Ray Turner said the proposals that included housing developments were “inappropriate,” but he did like the ideas for storage and bicycle connectivity.

Vice-chairman Linda Graham said she thought a mural and restoring the runway markings were good ways to preserve the historical nature of the property.

The next step for the proposals is for them to be presented to City Council, according to Community Development Director Michael Mays.

“Subject to scheduling, we would be looking at either the City Council meeting on Sept. 24 or Oct. 10,” he said.

The proposals were presented by The Bullock Field Coalition, whose members include area residents Rob Martin, Alan Goya, Scott Hansen and Mike Giroux. Goya is also chairman of the Historic Preservation Committee, and he recused himself for the discussion.

The other two proposals were by Grant Turner, Chris Gonya and Stuart Litjens of Boulder Boats and Caleb Gray of Boulder City RV.

The property was the city’s only airport until 1990, and most recently, was leased out to a contractor for storage.