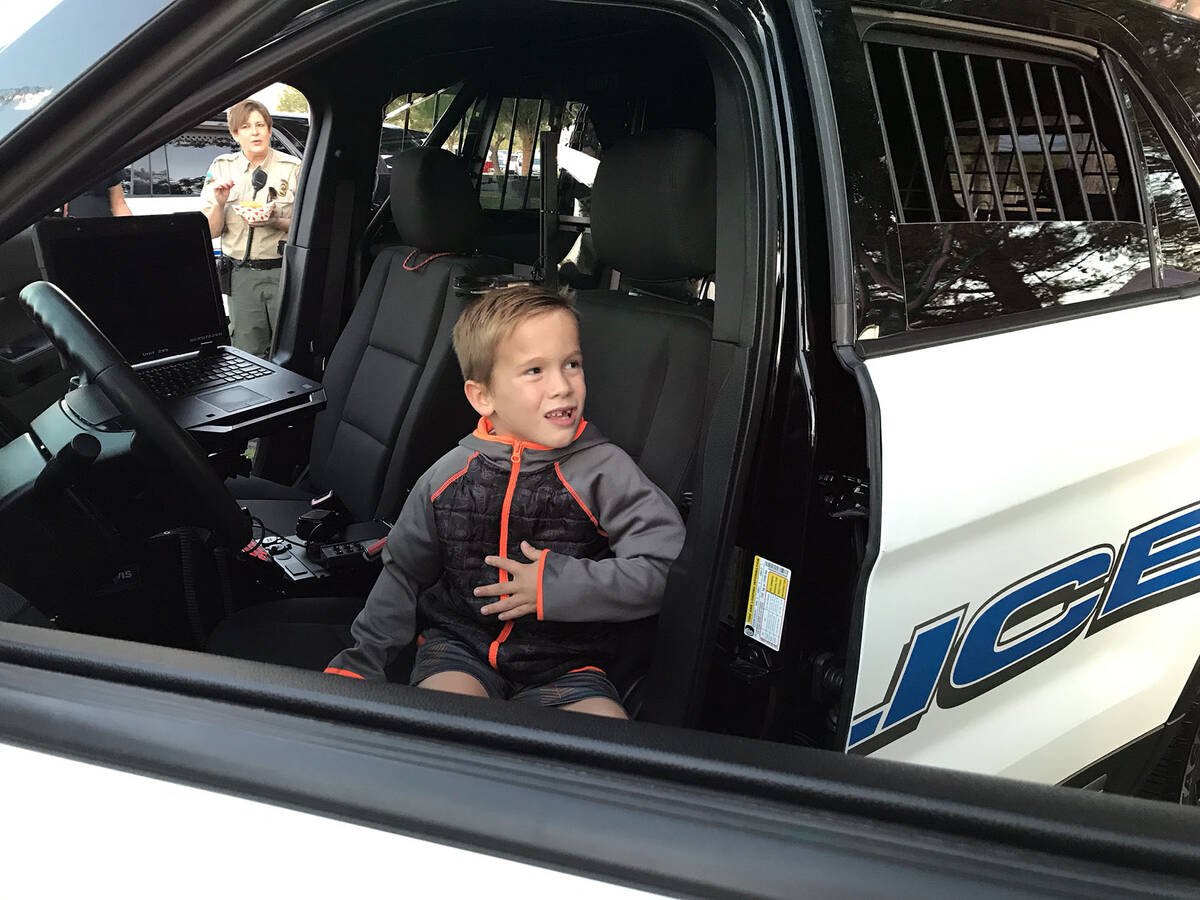 The event will be held Tuesday, Oct. 4, at the Veterans’ Memorial Park, starting at 6 p.m. Several community partners and food vendors are expected to participate.

The national event, created to build a bridge between law enforcement officers and the communities they serve, is held on the first Tuesday of August every year but in warmer climates like that of Southern Nevada, officials decided that it would be safer to have the event later in the year.

“We moved the event from August to October (in 2019) after the national organization permitted communities to do so to avoid the intense summer heat,” Shea said. “We had a great turnout.”

This year, the event will have prizes, a zip line, bounce houses, rock climbing wall, an art workshop for kids, a “Dunk-A-Dispatcher” dunk tank, a tour of a Mercy Air helicopter and K-9 police demonstrations.

There will be a raffle that benefits the police department’s K-9 and mounted units and the Boulder City Animal Shelter.

But the main event is the softball game between the police and fire departments.

“We have some ‘secret weapons’ that we can’t share just yet,” said Boulder City Fire Chief Will Gray. “Our guys — as always — are prepared.”

Gray said that some of their firefighters play in adult softball leagues, but the police chief has been scouting their officers recently in hopes of gaining an edge.

“Our officers are always prepared. Chief Gray and his team have no idea what to expect from our players,” Shea laughed.

In the small community of Boulder City, everyone knows each other, according to Gray. Their kids go to school together and have mutual respect and admiration for one another. Setting that aside, the two can be brutal when it comes to competition, he said.

“But truly, we are just happy to get a chance to have fun with our brothers and sisters in blue,” Gray said.