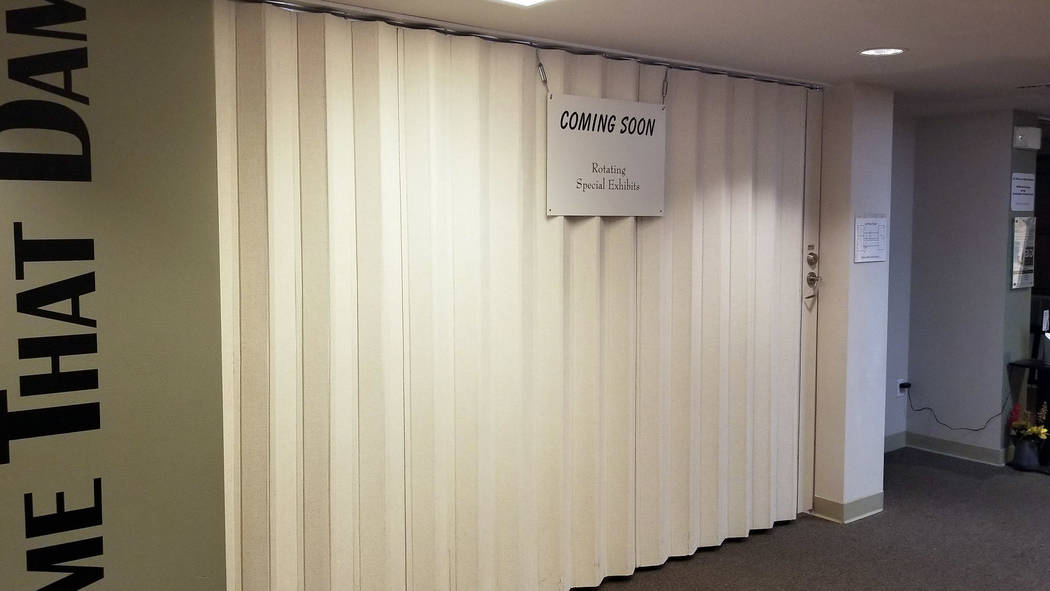 More changes have come to the Boulder City-Hoover Dam Museum, as it is adding a new exhibit and moving its gift store.

“The space where the gift shop was located is going to be used as rotating special exhibit space with the purpose of giving locals and frequent visitors a better experience,” said John Calvert, chairman of the Boulder City Museum and Historical Association.

Additionally, the revolving exhibit is a new partnership that will allow the museum to collaborate with other museums around Nevada, the United States and the National Archives to bring in exhibits from their collections.

According to Calvert, some items that had been at the shop are now being sold at the front desk at the Boulder Dam Hotel, 1305 Arizona St., where the museum is located, and at the Boulder City Co. Store, 525 Avenue B.

Store owner Tara Bertoli said the T-shirts, patches, pins, DVDs and other items from the museum have been available for about a week.

“They’re just brand-new on the floor,” she said.

“As a nonprofit, we have always been excited to work with local businesses who want to help spread the word about the museum,” Calvert said. “In addition to selling items at the front desk and Boulder City Co. Store, we are also looking into developing an online store. We have no anticipation of a loss in net revenue due to this change, and being our first month of implementing this, that has been shown that to be true.”

According to the historical association’s financial records for the 2017-18 fiscal year, sales at the gift shop totaled $23,514, with merchandise costing $14,268.

Bertoli, who opened her store Oct. 5, said the partnership with the museum started several years ago when she was doing research at the museum and development officer/collections technician Tiane Marie recommended she look at including items from the 1930s.

“We thought it would be a good idea to incorporate some of the Hoover Dam,” Bertoli said. “It’s just been a collaboration from the beginning.”

In addition to the items for sale, some historic pieces from the original company store are displayed, including its original currency, a check issuing machine and construction hats, Bertoli said.

The items from the museum are currently being sold on consignment through the store. She said she can reorder more items later but would sell them for herself. The retail side Boulder City Co. Store is open daily from 9 a.m. to 6 p.m.

The Boulder City/Hoover Dam Museum is open daily from 7 a.m. to 7 p.m. Admission is free.