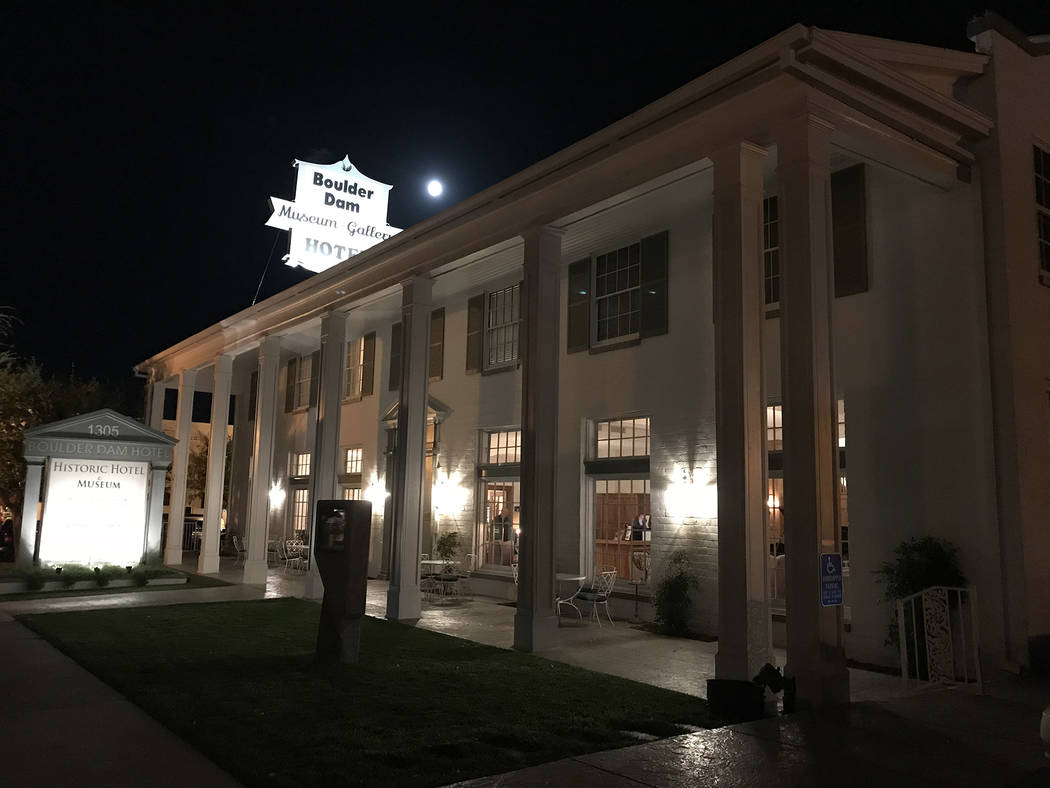 Hali Bernstein Saylor/Boulder City Review The Boulder Dam Hotel is the largest artifact in the Boulder City Museum and Historical Association's collection. It also is an operating hotel, bringing in much-needed revenue for the nonprofit.

For the better part of the past decade, members of the Boulder City Museum and Historical Association have devoted their efforts to improving the nonprofit’s financial stability. Today, the association has paid down a considerable amount of its debt and received thousands in donations from the community to stabilize its biggest asset, the Boulder Dam Hotel, and the future is looking bright, outgoing chairman Jim Holland said at the group’s annual meeting Oct. 3.

In his last meeting as a member of the board, Holland told those gathered at the museum inside the hotel that they have less than $150,000 remaining on their mortgage — considerably less than the $800,000 2005 purchase price.

He briefly spoke about some of the association’s accomplishments during the past year before handing over the program to Roger Shoaff, general manager of the hotel; Leslie Woodbury, museum development officer; Shirl Naegle, collections manager; and Issac De Wolf, facilities manager.

Naegle’s presentation was a highlight of the meeting as he told about two major acquisitions for the museum’s collection. The first is a home on Avenue C built in 1931 that retains its original architecture, and the second is a ledger from Parks Mortuary that offers a rare glimpse into the city’s early history, he said.

“When we accepted the house, we promised to care for it in perpetuity, the same way we hold the hotel, just like all of our artifacts,” he said.

Naegle said both of the artifacts will eventually become part of the museum’s educational program that shares stories of the city’s founding and early history.

Shoaff spoke about increased occupancy at the hotel, noting it has pretty much reached capacity, as well as top ratings on various online travel websites.

“The struggle now is to raise rates,” he said, adding that the hotel is also facing increased competition for guests from other properties in town.

Additionally, revenue is challenged by rising utility rates in the city, the loss of a daily museum bus tour and reduction in a grant.

He discussed plans to boost the hotel’s presence and revenue by positioning it as the geographical and cultural hub of the city, adding utility surcharges to tenants and finding a replacement tour for the museum. He also said the nonprofit was able to cut expenses for the coming year by about $25,000.

Woodbury spoke about the Great Hotel Flip contest held earlier this year that allowed the association to renovate and upgrade six of its king-sized rooms, which, in turn, will allow it to charge higher room rates.

Additionally, the contest brought greater awareness to the hotel and involved people who had never been affiliated with the museum or association before, she said.

Before the evening ended, Cynthia Anderson and Tanya Vece were elected to the board.