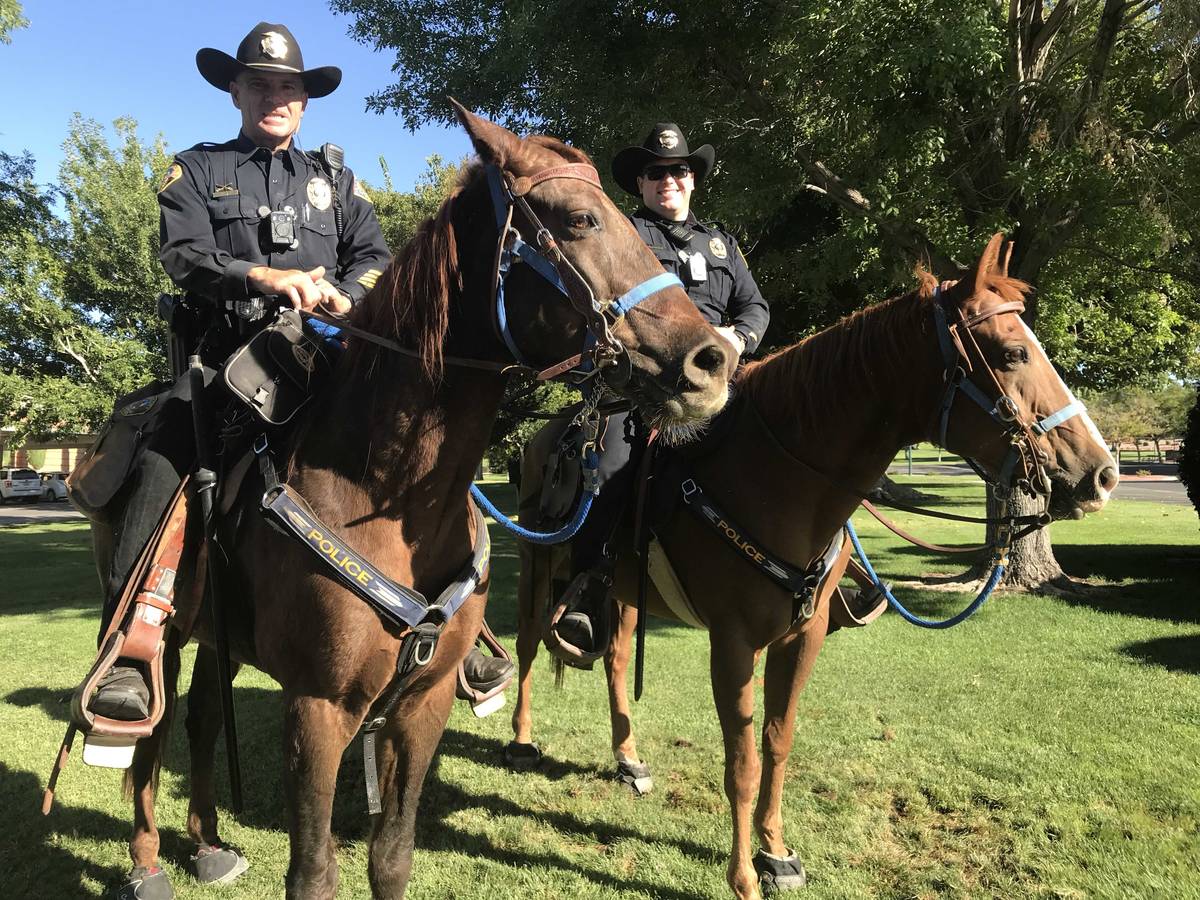 The Boulder City Police Mounted Unit needs a new, permanent training facility and is raising money for the project.

The unit, which was started in 2017 by officer Scott Pastore and his horse, Odie, previously utilized the training area for Metropolitan Police Department’s Mounted Unit. However, the unit was recently disbanded and Boulder City’s mounted officers can no longer use it.

They also cannot use the area where the horses are currently housed: the corrals at the Boulder City Horseman’s Association.

“We can’t use Boulder City Horseman’s Association because it’s privately owned and this would need to be set up permanently. … It’s not fair for them to use it for training,” Pastore said.

He also said the loud noises created during training require the area to be away from residences.

“I don’t think the neighbors near BCHA would appreciate that,” he said.

The officers and their horses help with public events, like parades, and regularly patrol the downtown area and the desert surrounding town.

The work the horses do requires training so they can be around lots of people and loud noises. Pastore said the training involves using fireworks, blank ammunition, cars with sirens and smoke grenades around the horses.

He said they already have land available in the desert where the police train, but they need specific equipment for the training space.

“It’s kind of like playing baseball on an empty dirt lot,” Pastore said.

The basic needs are a new arena, storage boxes, carport and shade structures.

According to Pastore, those items and a tractor to take care of the facilities is about $35,000. Without the tractor, it is about $18,000.

“We’re certainly not looking for champagne and caviar. … We’re happy to have whatever because right now we’re in an empty dirt lot,” he said.

Even though the mounted unit is involved with the Boulder City Police Department, the city does not own the horses. They are owned by the officers, who handle all of their care, including the cost.

Boulder City Police Chief Tim Shea said in addition to the two full-time officers and volunteers in the unit, they have two reserve officers in training.