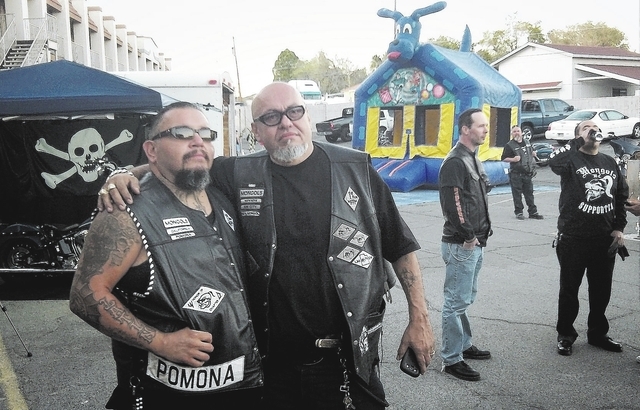 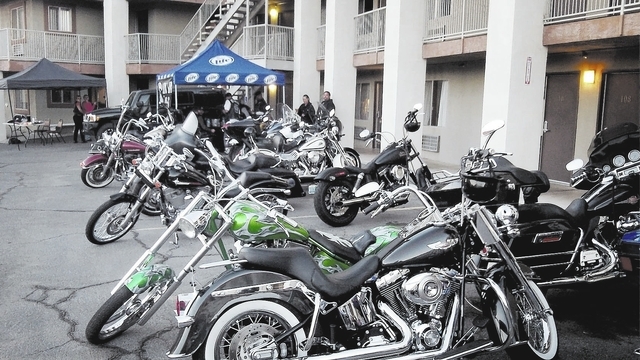 The Las Vegas chapter of the Mongols Motorcycle Club hosted its 10th anniversary party at the Boulder Inn & Suites on Saturday, free of any reported incident.

“It was an overwhelming success,” said Mongols attorney Stephen Stubbs, who also represents the Boulder Inn.

The party saw an attendance of about 100 people, including Mongols from Las Vegas and nearby states, members of other clubs, friends and family.

It was the first Mongols event in Boulder City since the California-based club held its national meeting at the Boulder Inn in June 2012.

The national meeting attracted hundreds of bikers and was met with a heavy law enforcement presence.

In August, the Boulder Inn also filed a lawsuit claiming its rights were violated by police who trespassed on its property and placed cameras outside the property to film the Mongols’ party last year.

However, unlike last year’s national meeting, there were no officers visibly patrolling the perimeter of the property Saturday.

The only police interaction involved two bikers who were pulled over by police, but were not cited, Stubbs said.

“I just think its important to show the Mongols behave even when there isn’t a huge (police) presence,” Stubbs said.

The only complaint associated with the party was a noise complaint, but Conger said he personally drove by the event and determined the music was within acceptable levels.

“Other than that, everything went real smooth,” he said.

The Boulder City Review attended the Saturday night party and observed no wild behavior one might associate with the Mongols, who are considered by law enforcement to be an outlaw motorcycle gang.

There were children at the event, and an inflatable bouncy-house for them to play in. It just happened to be situated near an area where one could pose for photos with a model in a bikini on a motorcycle.

The Mongols party was preceded by a Blessing of the Bikes event Saturday afternoon, hosted by the Southern Nevada Confederation of Clubs and the Coalition of Independent Riders.

The bike blessing event was open to all clubs, and allowed riders to have their bikes blessed by priests of various faiths, in exchange for a $5 donation.

The money raised will go toward feeding needy children in Las Vegas, according to the confederation.

According to the confederation’s chairman, who wished not to be named or have his club identified, Saturday’s party was a “practice run” for a much bigger event next year.

“Next year this is going to be really huge,” he said.

The chairman said he was not concerned about police harassment at the party.