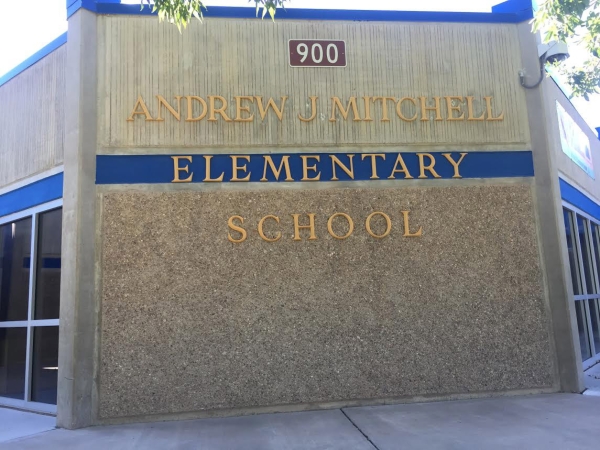 Andrew J. Mitchell Elementary School will be one of many schools across the state to implement all-day kindergarten for the 2015-16 school year.

The decision comes as part of Gov. Brian Sandoval’s plan to help turn around Nevada’s struggling school system. During the 2015 session, the Nevada Legislature approved nearly $142 million in spending to implement all-day kindergarten in every school in the state.

“We were preparing for it,” said Benjamin Day, principal of Mitchell Elementary. “We knew if it wasn’t this year, it would be next year.”

Day said he didn’t find out until the end of July that Mitchell would be going to all-day kindergarten for this school year. Upon hearing the news, the first thing he did was pick up the phone to call his kindergarten teachers.

To Day’s knowledge, this will be the first time Mitchell will implement all-day kindergarten for every class since the school opened in 1970. In previous years, parents could enroll their students in an all-day kindergarten class, though they’d have to pay about $350 to do so.

But thanks to the funds earmarked by the state to improve Nevada’s schools, parents won’t have to pay for all-day kindergarten for their kids, Day said.

The standards in curriculum won’t change, he said, though it will take some time getting used to longer classes. However, Day added that the students will benefit the most from the change.

“They’ll eat lunch at school now,” he said with a laugh. “The teachers will be able to go into further depth and spend more time on content.”

Mike Barton, who serves as chief student achievement officer for Clark County School District, said 17 schools in the district will make the move to all-day kindergarten this year.

All-day kindergarten allows students to become stronger readers at an earlier age, he said, which is the most beneficial factor of the change. When the district analyzed different studies, Barton said results were generally positive when it came to the benefits of all-day kindergarten.

“I think it’s all good. Just the readiness that will be promoted. We’ve seen it in all types of communities,” Barton said.

Another upside to all-day kindergarten, Day added, is that students will be able to attend a specialty class every day of the week. They’ll attend art, music, library and two sessions of physical education every week.

During the traditional half-day classes, which last about 2.5 hours, each kindergarten class would be lucky to attend one specialty class a week, Day said. The all-day classes will last about six hours.

Bridget Terrill, whose daughter will be entering kindergarten this year, said it’s hard for kids to meet all their requirements with 2.5-hour days.

“A lot of kids need this and are already prepared and ready for this,” she said. “Plus, now they will get the specials, which is P.E., art and more.”

But Bobbie Shiner said the school district is forcing the kids to grow up too fast by implementing all-day kindergarten. Her daughter, Nila Shiner, will be a new kindergartner at Mitchell.

“It’s just a lot for a 5-year old to take on,” she said. “Every parent is different though. Even with half days I wasn’t worried about her falling behind. I’ve tried to keep her on top of things. I never wanted her to be behind when first grade started.”

Shiner said finding out so late about the all-day kindergarten was what upset her the most.

“To find out just a week ago was kind of shocking,” she said.

During the 2014-15 school year, Mitchell was the first school in Nevada to be given “Lighthouse” designation after implementing the Leader in Me program from Franklin Covey Co., a firm of professional leadership experts.

The four-year program transformed the culture of Mitchell by teaching the students to become more proactive and to work together to accomplish their goals.

Mitchell is one of 137 schools around the world to receive the Lighthouse distinction.

“I think kindergarten is a critically important grade,” Day said. “We really have an outstanding kindergarten teaching team. I’m confident the teachers we have will be able to engage those kids.”

Mitchell will start the 2015-16 school year with five all-day kindergarten classes with an average of about 20 children per class.

“The benefits of early education are going to help our state and our economic picture,” Barton said. “We’re definitely 100 percent behind it.”