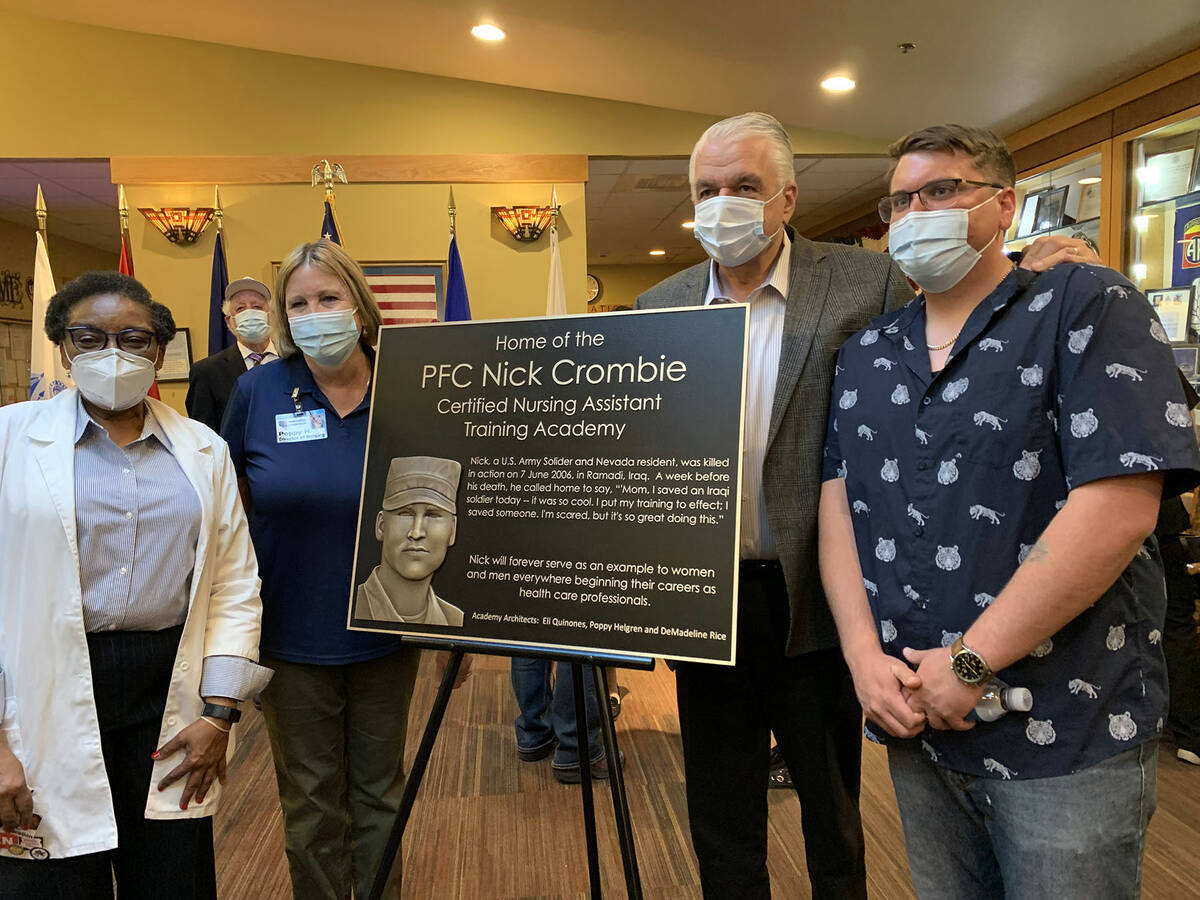 Dedication to caring for others’ health was celebrated Friday, March 4, at the Southern Nevada State Veterans’ Home in Boulder City.

Launched Nov. 1, the academy will help ensure that the state’s veterans “get the top-notch care they deserve,” said Gov. Steve Sisolak.

Eli Quinones, director of the veterans’ home, said the academy will provide much-needed help for the residents of the facility as well as boost community relations.

According to Quinones, a recent study among nursing homes and assisted living facilities showed that 94 percent reported staff shortages and that 50 percent reported losing key employees during the pandemic.

The Boulder City veterans’ home experienced losses as well, which is why the academy was started.

“It was a creative approach to finding solutions to difficult situations,” said Sisolak, noting that students also receive a “strong foundation to launch their careers.”

The first class graduated 10 students and the second class, which is now in session, has 11 students.

The academy is named in memory and honor of Pfc. David “Nick” Crombie, a 19-year-old Army medic from Winnemucca who was killed in combat June 7, 2006, during the Iraq War.

A week before his death, Crombie called his mother, telling her how proud he was that he was able to save an Iraqi soldier’s life and put his training to use.

Jason Laybourn, Crombie’s brother, said it was a great honor to have the academy recognize his sibling.

He was presented with a state flag that draped a plaque with Crombie’s picture and history that was unveiled during the ceremony.