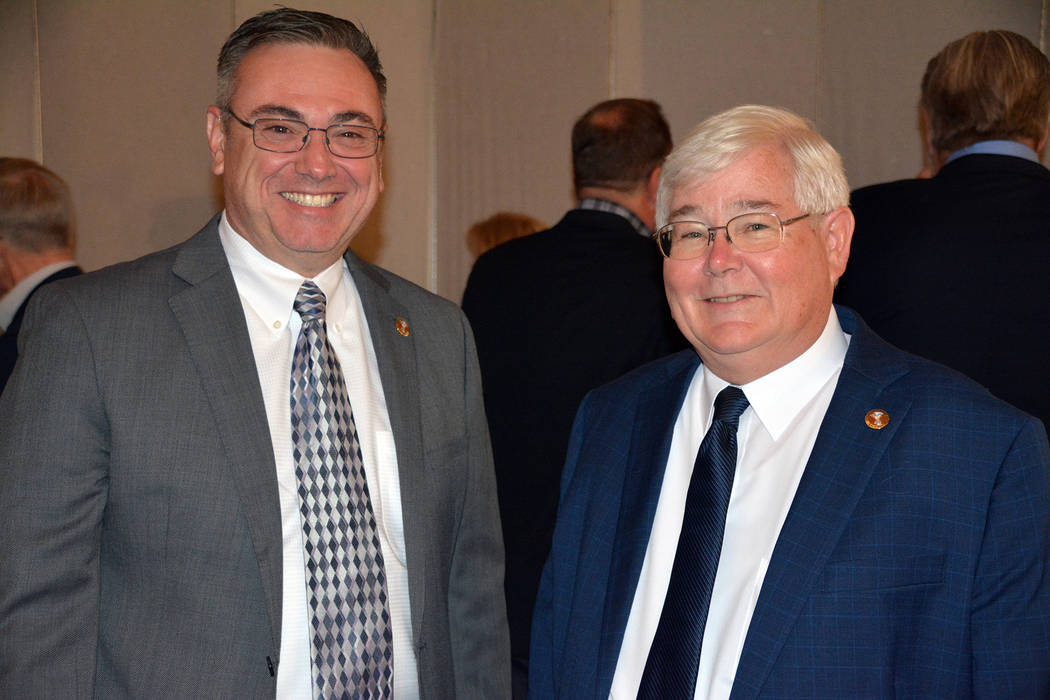 Celia Shortt Goodyear/Boulder City Review City Manager Al Noyola, left, and Mayor Kiernan McManus take a minute out for a photo at the annual State of the City event Jan. 16 at the Boulder Creek Golf Club. It was McManus' first State of the City as mayor. 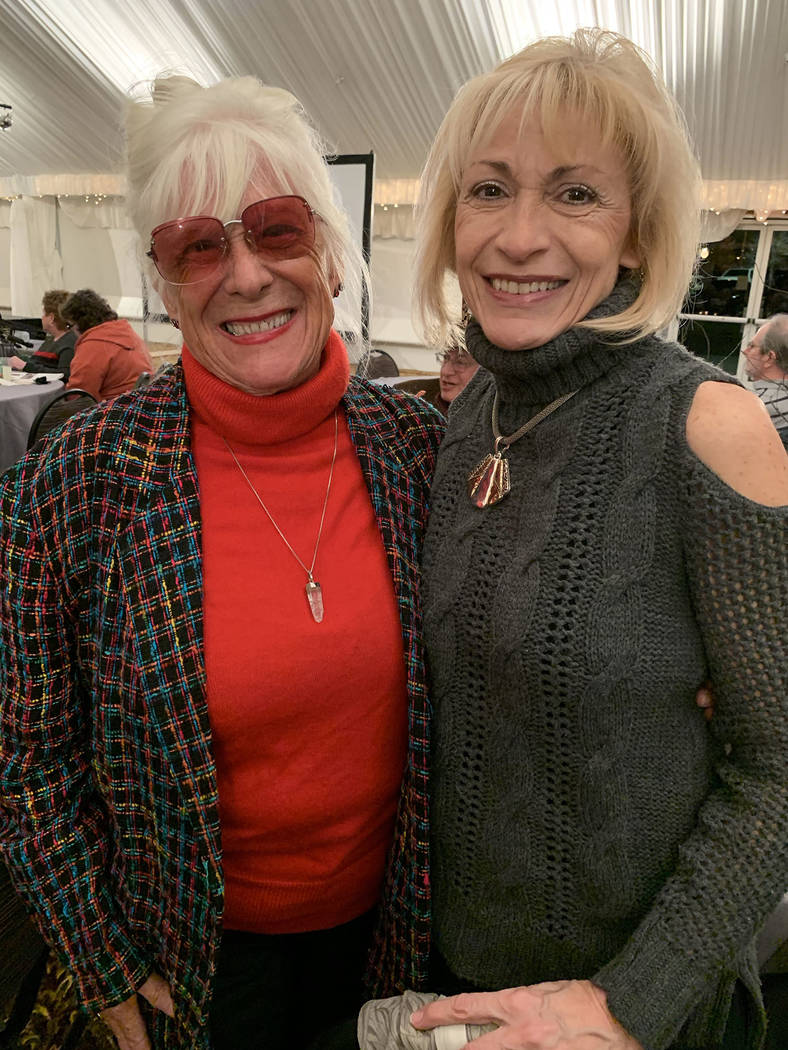 (Hali Bernstein Saylor/Boulder City Review) Valerie McNay, left, and Rose Henderson came to the State of the City on Jan. 16 at Boulder Creek Golf Club to show their support for the mayor. 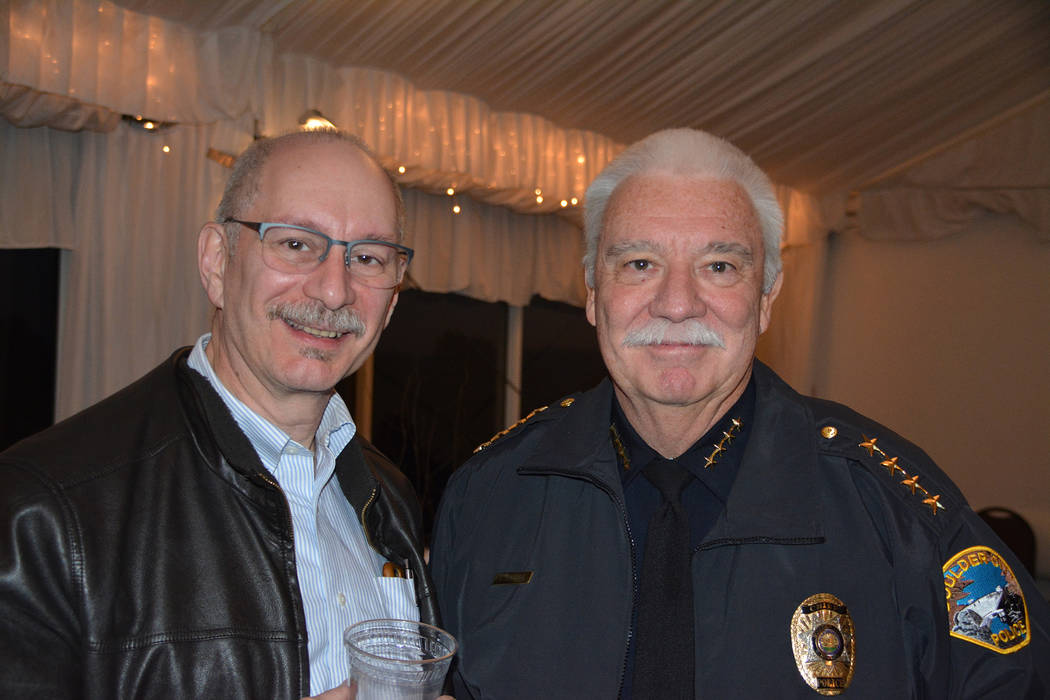 Celia Shortt Goodyear/Boulder City Review John Cermenaro, left, talks with Boulder City Police Chief Tim Shea at the annual State of the City on Jan. 16. Cermenaro said he just moved to Clark County from the East Coast and is looking to buy a home in Boulder City. 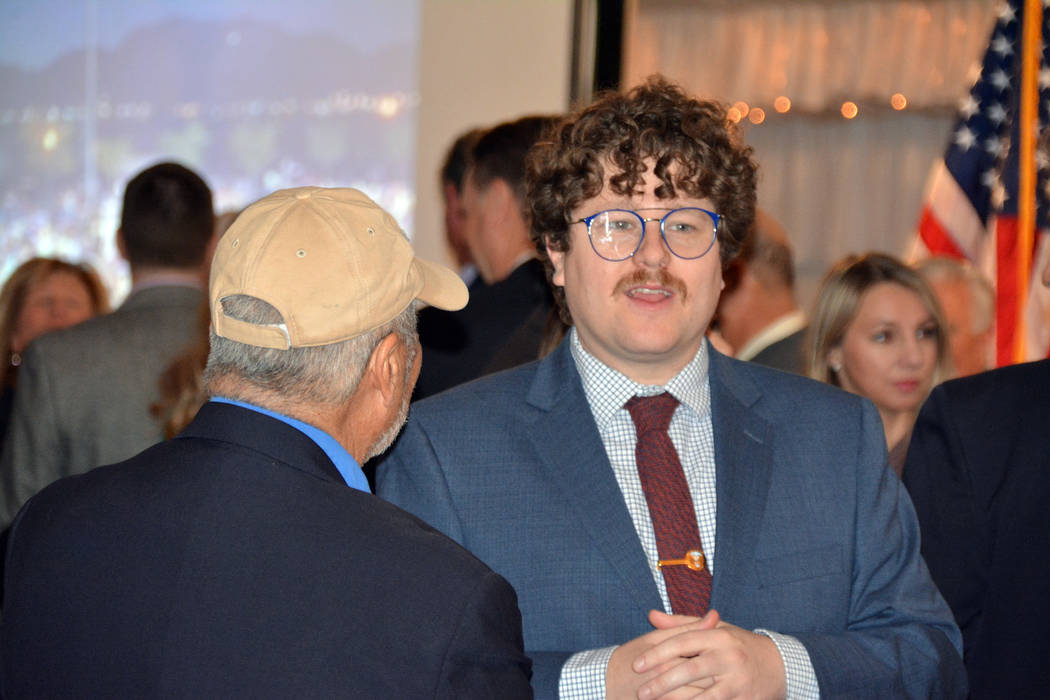 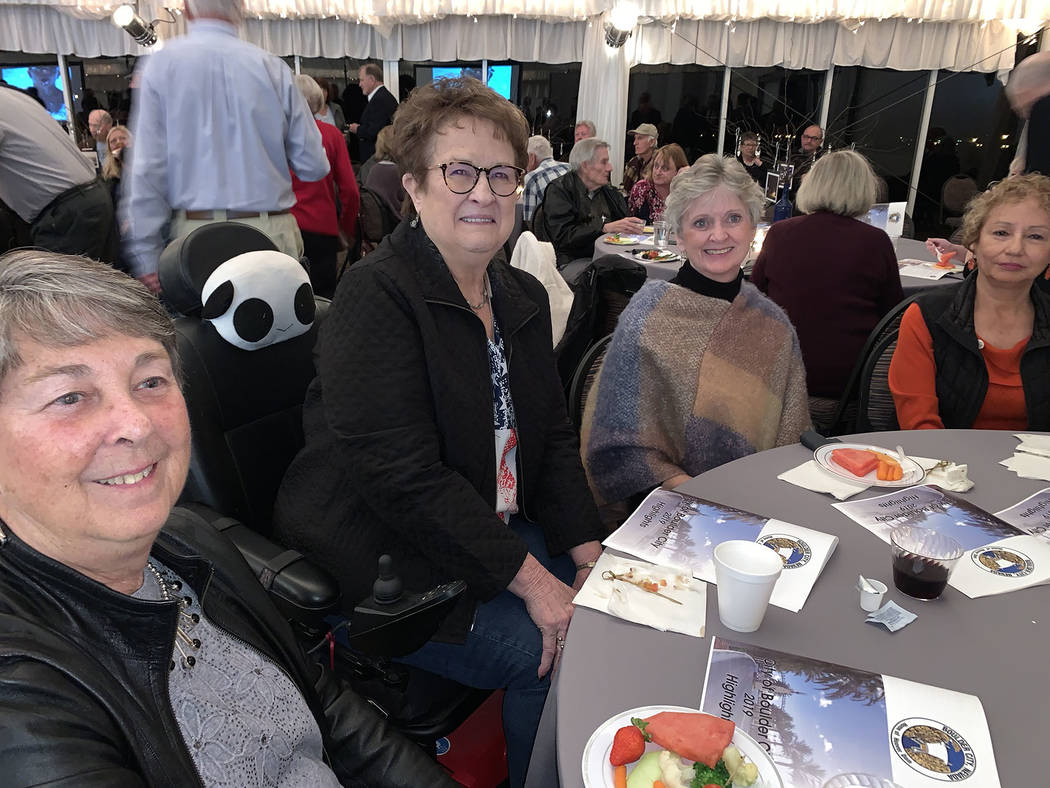 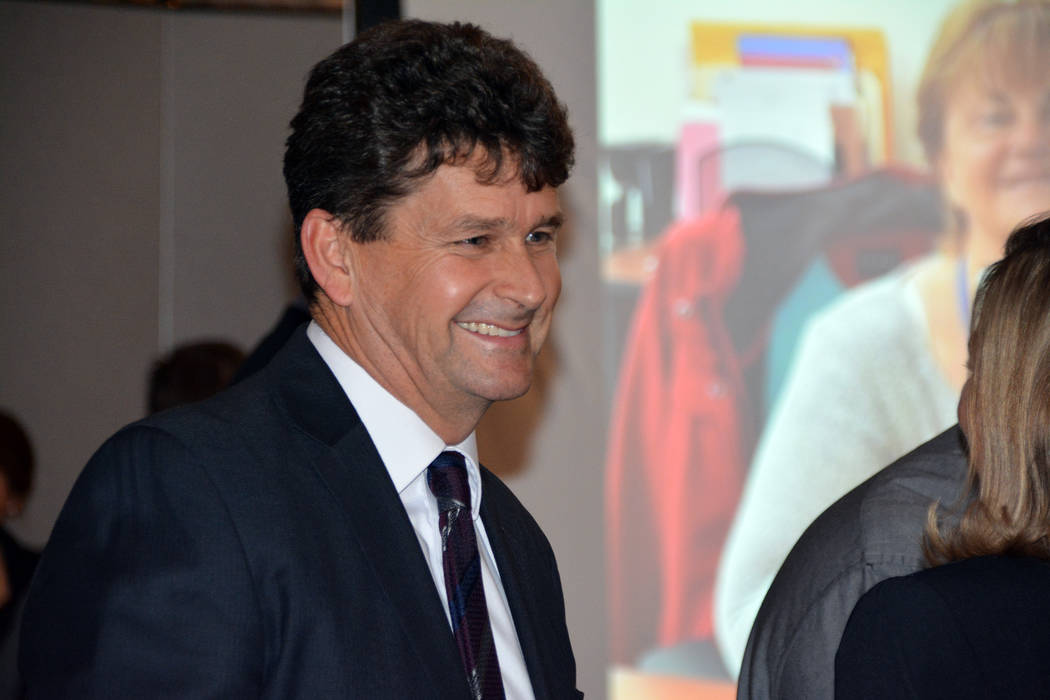 Celia Shortt Goodyear/Boulder City Review Former Mayor Rod Woodbury talks with a guest during the annual State of the City event on Jan. 16 at the Boulder Creek Golf Club.

Residents and officials praised Mayor Kiernan McManus for his inaugural State of the City presentation that highlighted how special of a place Boulder City is to live.

“I thought it was fantastic. … I think he’s a great leader,” said Stephen Morris, who lives in town with his wife, Shirlyn.

“I thought it was very good. I liked everything he said,” added Shirlyn Morris.

In his 45-minute address, McManus discussed the town’s higher home values and lower property taxes as well as its small population, land lease revenue and commitment to slow growth. He also shared the history of the town and how he wanted to continue the tradition of the 31ers who were the first to make it a community.

“I think it’s our obligation to repay that favor,” he said. “We need to take care of our community. We need to make sure that as it gets passed on to those that follow us (that they) enjoy the same benefits we’ve seen in the past. That’s something we can all work on, but I certainly intend to see that our City Council works toward that goal.”

He touched upon historic preservation and its importance in keeping residents in touch with the city’s roots as well as attracting tourists and visitors. McManus also mentioned the 20% increase in redevelopment agency funding available for renovating historic properties.

“It makes me even prouder to be from Boulder City,” said Rose Henderson about the speech.

She said she appreciated the way the mayor expressed his thoughts as well as the graphics, which she called a “visual reminder of our special our community is.”

“His speech was very comprehensive. It brought up concerns and so many accomplishments of the community,” she added.

“I think he did a nice job of being optimistic for the future,” said Valerie McNay, who is a member of the city’s ad hoc pool committee. “He answered some of the questions the people wanted to know about.”

“It was uplifting,” McNay added.

McManus also talked about the determination of the town and its businesses in the aftermath of the opening of Interstate 11.

“It doesn’t appear to be … preventing new businesses from coming into town,” he said.

He also addressed the reputation Boulder City can have as city that says, “No.”

“If you’re a developer or an investor, you might get a no out of Boulder City, but if you’re coming here to enjoy what we have, I think we are a big yes on that,” he said.

“Mayor McManus delivered a message of positivity and encouragement,” said City Manager Al Noyola. “His optimism about the resilience of the economy of Boulder City after the opening of the I-11 bypass is reassuring. His appreciation of our schools, businesses and workforce and nonprofit sector is profound. The mayor recognized our great efforts to be a leader in solar power as well as our potential to lead in power storage. It is exciting to think about the next decade in these fields and how they can have a positive impact on Boulder City.”

McManus, however, did say he was concerned about the city “running out” of land for new solar leases and wanted to start a conversation this year about how to proceed.

Before presenting his address, McManus thanked the city’s committee members and staff and praised them all for their hard work.