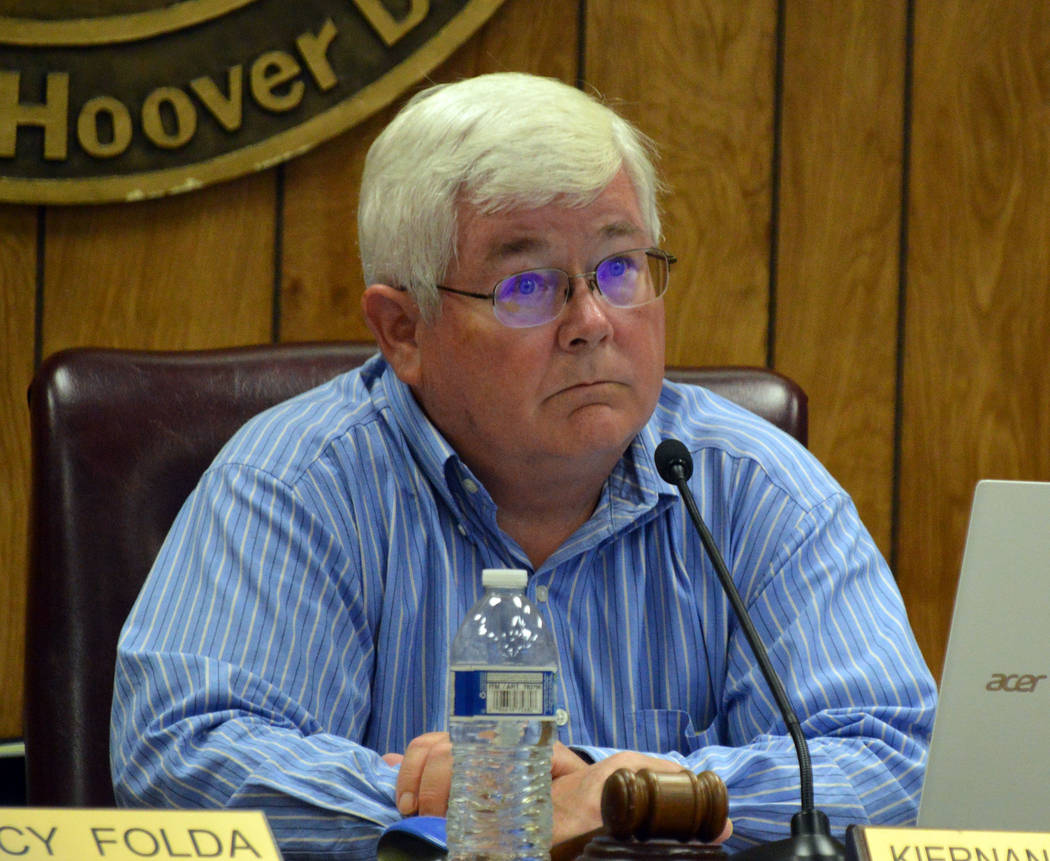 Mayor Kiernan McManus said his memo to staff was not meant as a threat despite a former city councilman implying it was.

A memo to staff about including an agenda item for forming a pool committee was not meant as a threat even though it was perceived that way by a former city councilman.

For the Aug. 13 City Council meeting, Mayor Kiernan McManus requested an item be put on the agenda for the discussion and a possible staff directive in creating a committee to discuss repairing or replacing the city’s pool. The committee would also look at financing options for the project.

His memo to City Clerk Lorene Krumm about the item was included in the agenda packet for the meeting.

In it, he justified the item’s inclusion and highlighted portions of the city’s charter detailing the powers of City Council, including the section about it being able to temporarily suspend any city officer with a majority vote of the members.

At the meeting, former city Councilman Duncan McCoy said having that portion in the memo seemed like a threat to city staff.

“Interestingly, there does not appear to be any definition of city officer anywhere within the text of the charter,” he said. “If I work for the city, I might be concerned about the presence of this language in the memo. It could be interpreted as a threat for removal if for some reason, the council is not pleased … .”

McCoy, who served for two terms as well as being the director of the town’s library for 20 years, also said threats are not the best way to manage staff.

“I don’t know if anyone currently on the council has significant experience managing people,” he said. “But I do know from my own experience … that threats whether supposed, explicit or implied are not an effective way to motivate staff or volunteers to achieve excellent results.”

After the meeting, McCoy said it didn’t make sense for that portion of the city charter to be included in the memo.

“There wasn’t any reason to say it unless he (McManus) had a point to make,” he said.

McManus said its inclusion was simply to provide context.

“The intent was to include subsection 5 of section 8 of the city charter that describes the powers of the City Council,” he wrote in an email to the Boulder City Review. “The first subsection was included to provide the context of section 8 with a break noted between subsections 1 and 5. I understand that former Councilman McCoy attempted to read something dark into that but there is nothing more to it than that.”

The memo also included the statement, “If City Staff is unable to support the decisions of City Council to provide the assistance needed for this committee or others, further actions by the City Council should be discussed and possible direction to City Staff be provided during this discussion.”

McManus said the other statement was to allow for a wider discussion about necessary resources and to be in compliance with the open meeting law.

“The response from city staff was that resources may not be available or that such a committee was not the desirable option,” he wrote in the same email. “I believe such a dedicated committee is needed for this issue due to the conversations I had with many residents during the recent campaign. This may be the single largest public works project considered by a City Council in Boulder City … . I wanted to provide for the possibility of a wider discussion of the resources that might be necessary. Without providing for that possibility, it may have been necessary to schedule another agenda item for a future Council meeting.”