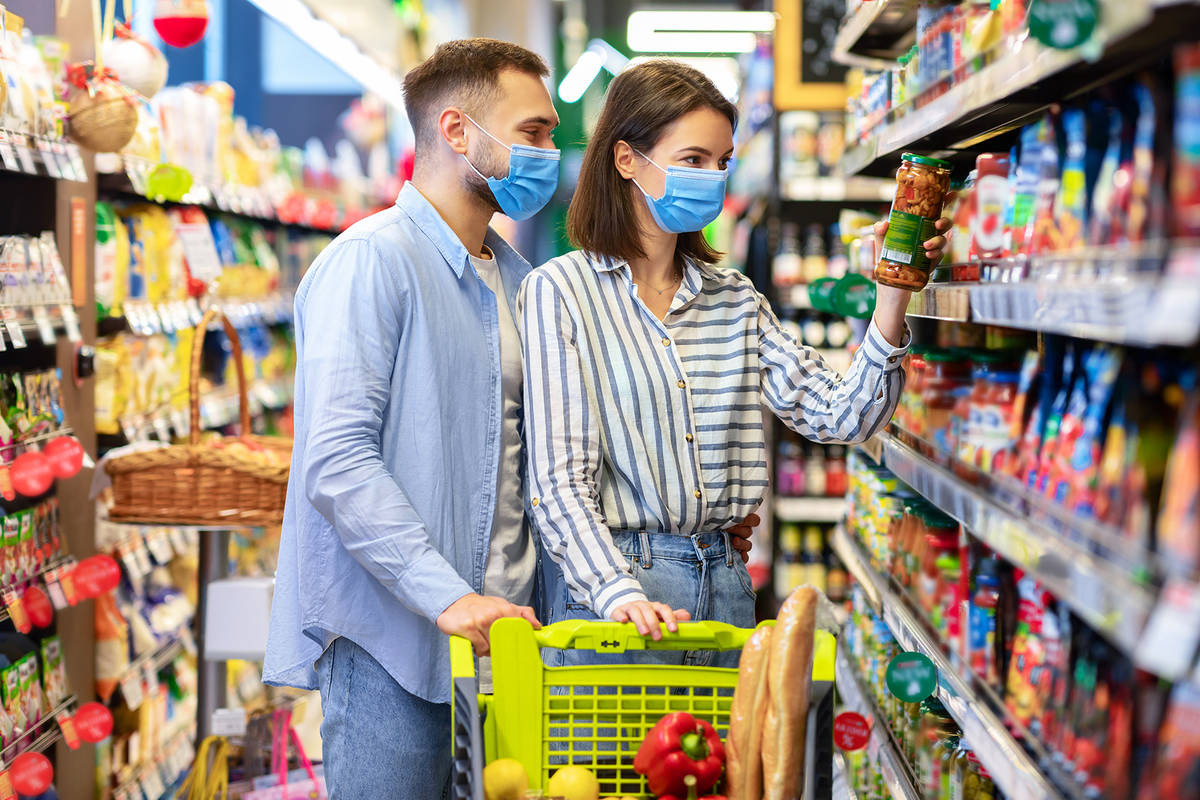 (Getty Images) As of 12:01 a.m. Friday, July 30, people will be required to wear face masks in all indoor spaces in public places in counties with high rates of COVID-19 transmission, including Clark County, regardless of vaccination status.

The governor’s directive aligns with a new recommendation earlier in the day from the Centers for Disease Control and Prevention. The directive includes a three-day grace period that gives businesses and residents until 12:01 a.m. Friday, July 30, to comply.

“Businesses and residents in counties with substantial or high transmission are strongly urged to adopt the changes as soon as possible,” said a news release from the governor’s office.

The state’s mandate does not apply to participants in certain activities or events, including athletes, performers and musicians.

The CDC’s new guidance also recommended universal masking for kindergarten through 12th grade students, teachers and staff, regardless of vaccination status. However, the state directive stops short of immediately making this a requirement for Nevada schools.

Meanwhile, the Clark County School District announced earlier Tuesday that it would be imposing a mask mandate to align with CDC recommendations.

The mandate comes at a time when cases and hospitalizations have been rapidly climbing, especially in Clark County. The delta variant, a more infectious strain of the coronavirus, accounts for the majority of the new cases in state, which has one of the highest rates of COVID-19 in the country, according to CDC data. New evidence suggests that the delta variant is more likely to infect vaccinated individuals than other strains.

The mandate is the latest step toward bringing masks back in Nevada, after Sisolak in mid-May dropped the indoor mask mandate for those who were vaccinated, following guidance from the CDC. At the time, the mandate remained for unvaccinated people in most public indoor settings, but was largely unenforced and often ignored.

But then, after the state dropped pandemic restrictions June 1 and the delta variant took hold, cases of COVID-19 again began to increase.

On July 16, the Southern Nevada Health District recommended that everyone wear face masks in crowded indoor spaces such as grocery stores, malls and casinos. Three days later, the Clark County Commission required masks in public indoor spaces for workers on the job, but not for members of the public.

The Southern Nevada Health District noted Tuesday that the new CDC guidance upon which the state mandate is based aligns with the health district’s prior recommendations. These recommendations were made “in response to increasing case counts and the COVID-19 positivity rate in Clark County,” the district said in a statement.

“While using masks correctly has proven to be effective in helping to prevent people from getting and spreading COVID-19, the best, most effective step people can take to protect themselves is to get fully vaccinated,” the district said.