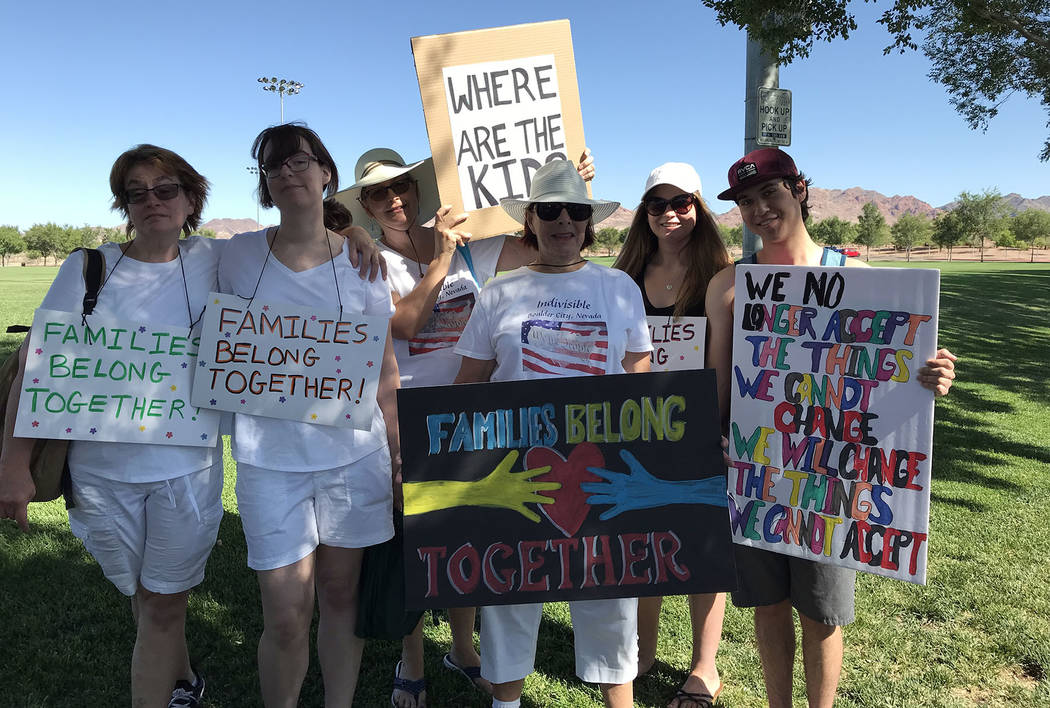 Hali Bernstein Saylor/Boulder City Review Getting ready to march in the Save Our Children event Saturday to protest separating children from their parents as part of President Donald Trump's immigration policy were, from left Sherri May, Liha May, Donna Heileman, Jean Biacsi, Tabea Biacsi and Andrew Doscher. 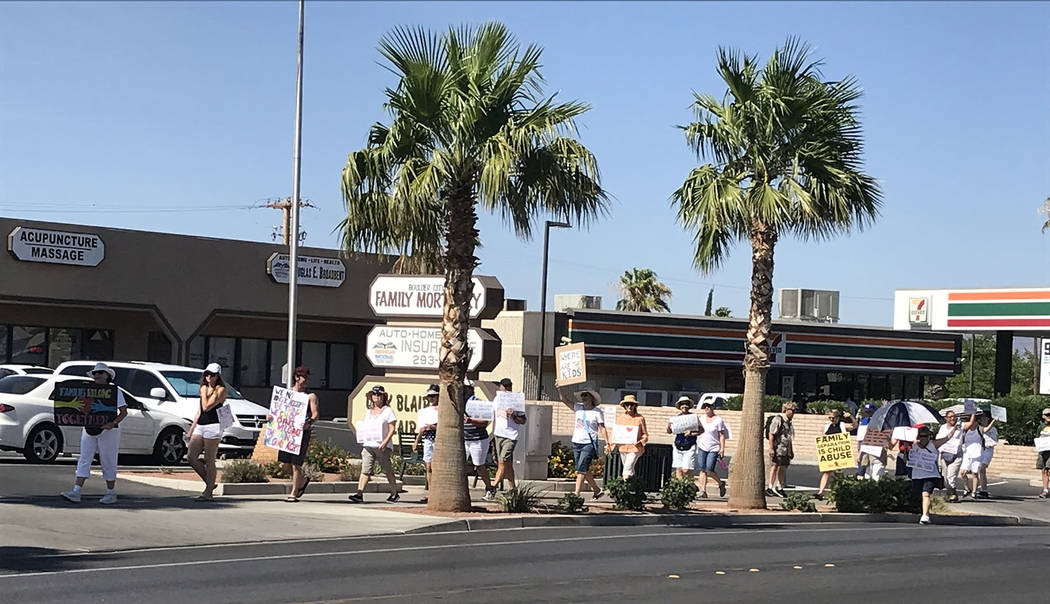 Hali Bernstein Saylor/Boulder City Review Boulder City residents marched single file along Nevada Way on Saturday to protest separating children from their parents as part of President Donald Trump's immigration policy. It was one of hundreds of Families Belong Together marches across the country.

Joining in solidarity with thousands of Americans, a group of local citizens marched to City Hall on Saturday as part of the Families Belong Together campaign.

The Boulder City march was one of hundreds held across the United States to protest President Donald Trump’s immigration policy that has been separating children from their parents.

“We’re human. We were all children once. This is America,” said Rose Ann Miele, who organized the local march that traveled from Veterans’ Memorial Park to City Hall, mostly along Nevada Way.

Marchers held up signs that read “Families belong together,” “Unite the families,” “It’s kidnapping — plain and simple” and “Kids belong with parents; not in cages,” receiving honks of support from cars passing by.

City Councilman Warren Harhay, who greeted the group at the start of its march and again at City Hall, said he was there to show his support of human dignity.

He did not see the protest as a political statement.

Barbara Paulsen said it was important to participate in the march. As a member of Nevadans for the Common Good, immigration is one of the biggest issues of concern.

Immigrants, especially, need to be able to learn about services available to them in an atmosphere without fear.

Biacsi said the group is absolutely committed to nonviolent means to get its message across.

Heileman said they meet once a month to discuss what is happening with the current administration and its policies. The group’s aim is to get elected representatives to hear what their constituents are saying and what their concerns are through phone calls and events such as the march.