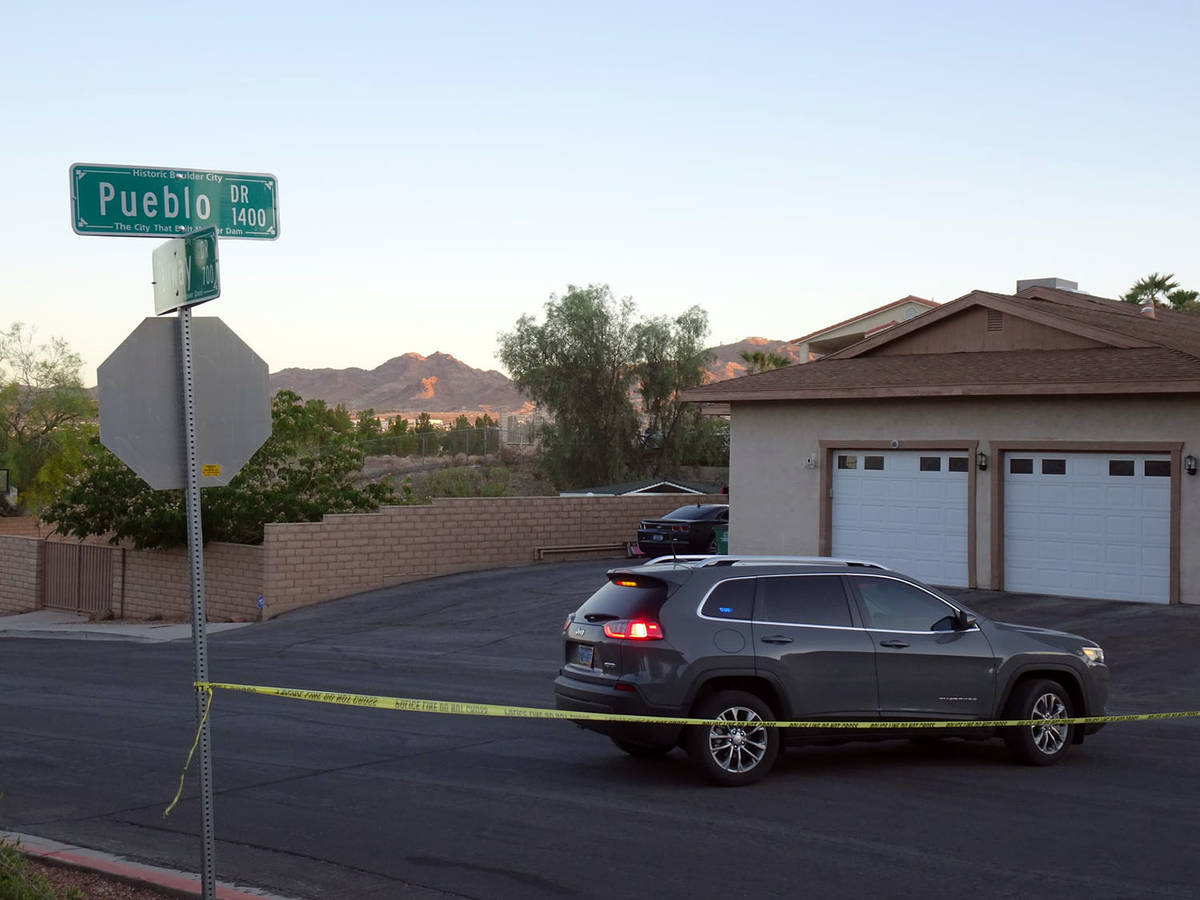 Eric Lundgaard Boulder City Police are investigating a shooting that took place Monday, May 31, on Fairway Drive near Pueblo Drive that left one person dead.

Someone called the local police just before 9 p.m. Monday, May 31, and reported a shooting on Fairway Drive near Pueblo Drive. According to the city, when the police arrived they found one person dead and another person surrendered voluntarily to them.

The Clark County coroner’s office identified the victim as Scott Philip Dingman, 40, of Boulder City. He died of gunshot wounds to the chest and groin.

“The two individuals knew each other and we had no reason to believe that there was any additional threat in the area,” said Tim Shea, police chief. “Our officers continued to work at the scene through the night to collect evidence, which will be forwarded to the district attorney for review.”

The coroner’s office ruled the death a homicide and officially declared his time of death to be 1:10 a.m. Tuesday, June 1.

Dingman leaves behind a wife of 11 years and an 8-year-old son. A Go Fund Me account has been set up to help provide for them, https://gf.me/v/c/yjf8/help-ethan-and-ashley.