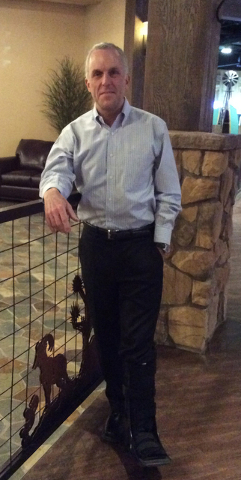 Although the Hoover Dam Lodge just recently reopened its doors, the man who helped lead its transformation from the old Hacienda is no longer part of the picture.

Steve DesChamps, who was general manager of the Hoover Dam Lodge, was let go April 20, according to company spokesman Reggie Burton.

“Steve DesChamps is no longer with the company. The move is part of normal adjustments for any business, and we are constantly evaluating operations. We want to thank Steve for his hard work at the Hoover Dam Lodge and wish him the best,” a company statement said.

DesChamps had been with the company for about 15 months, in between Nevada Restaurant Services’ acquisitions of the Hacienda in Boulder City and the River Palms in Laughlin. He oversaw the remodeling of both properties.

Burton could not comment on the specifics of DesChamps’ departure, but said the company plans to look for his replacement.

Nevada Restaurant Services acquired the property formerly known as the Hacienda in December 2013. The name officially changed to Hoover Dam Lodge about a year later in the midst of a full-scale remodeling that included room renovations and a revamped casino floor.

Six weeks later, the property underwent a two-month closure to finish the the renovations. After installing additional amenities, including a large stone fire place in the lobby, a prize wall for gamblers, and a renovated cafe and souvenir shop, the Hoover Dam Lodge celebrated its reopening with a ribbon cutting April 3.