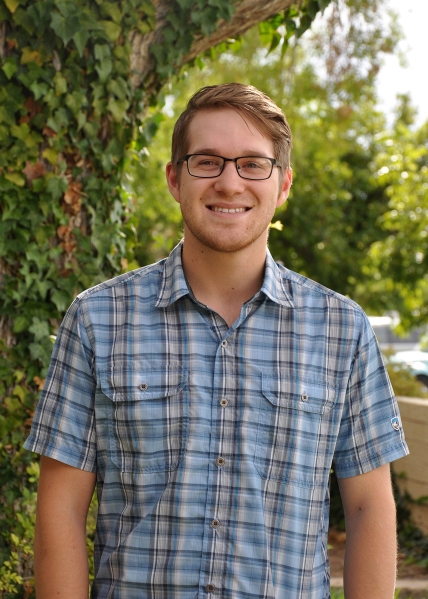 After graduating college in Michigan and living in Chicago for more than a year, Chris Mirque decided the Midwest wasn’t cutting it for him.

So the then-22 year-old packed his bags and took a job with AmeriCorps, ultimately leading him to Boulder City.

“I had a span where I did other things, but I’ve always wanted to work in conservation,” said Mirque, who is serving as a centennial volunteer ambassador intern for the National Park Service at Lake Mead National Recreation Area.

Since starting the job three months ago, Mirque said he has had his hands full. On Sept. 26, he led 40 local volunteers in a park cleanup project in celebration of National Public Lands Day.

Mirque, who also works with the Student Conservation Association and AmeriCorps, will assist with the general day-to-day operations of the park’s volunteer program office along with volunteer programs, such as Adopt-a-Cove and Trail Watch.

He said his time in Chicago, where he found unused city parks and communities that knew very little about their natural landscape, helped remind him of his passion.

“For me, it’s largely about finding people who may not have had the chance to experience the lands around them, and helping them to understand what they have here,” Mirque said. “I think a community that’s aware of its land has more pride in it and works harder to preserve it.”

“The National Park Service’s centennial celebration will focus as much on our future as on our past,” said National Park Service director Jonathan B. Jarvis. “We are excited that young people, including our centennial volunteer ambassadors, are stepping up as the next generation of conservation leaders. I know this opportunity will enable them to form lasting connections to national parks and the natural world. I also know that their contagious passion will inspire many others to do the same.”

As one of 70 centennial volunteer ambassadors across the United States, Mirque said that despite Lake Mead National Recreation Area’s massive size, many Southern Nevadans have never been there. Others, he said, don’t even know it exists.

“I think different social groups relate differently,” he said. “Our goal is knowing who to work with and how to reach each group the best we can.”

Mirque said he hopes to raise awareness of the water shortage in the area and encourage Southern Nevadans to be mindful of their water consumption.

The volunteer ambassador program is a partnership between the National Park Service and the Student Conservation Association and supports the Department of the Interior’s Play, Learn, Serve, Work Youth Initiative to expand educational, volunteer and career opportunities for millions of youth and veterans on the nation’s public lands.

Mirque said he wouldn’t rule out the possibility of staying long-term the area.

“That decision is a ways away, but I’m still figuring that out,” he said. “I have the mentality that if there’s a way to stick around and help out more here, I’d want to consider that.”