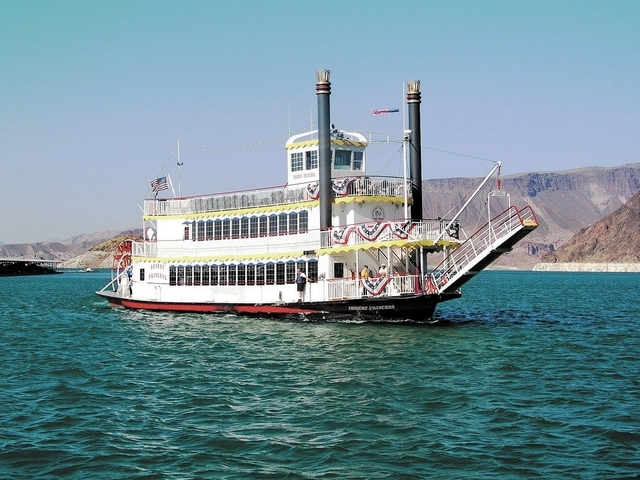 The longtime operators of Lake Mead Cruises plan to hand over operation of the Desert Princess paddlewheel boat tours to a multinational corporation.

“We are excited to have Aramark join us at Lake Mead,” said Bill Dickinson, superintendent, Lake Mead National Recreation Area. “They have a long history of outstanding customer service in national parks and an enduring appreciation for the preservation of our nation’s resources. We are pleased that, as partners, we will continue to share quality visitor services with our nearly 7 million annual visitors.”

As a requirement of the new contract, Aramark will operate the tours at least twice a day, five days a week from March through October, and once per day, four days a week, in February and November, the Park Service said.

The contract also requires Aramark to continue offering a snack bar with a range of beverage options on the Desert Princess and landing facilities.

However, additional details are unknown because the contract has not been finalized and signed, Vanover said. She anticipates it will be signed in December.

“Aramark was selected, but the contract still needs to be finalized and signed before we know the transition date and details of cruises offered,” Vanover said.

Under the contract, Aramark is allowed to change the name of the Desert Princess if it wishes, Vanover said.

It is unknown whether the business name will change or continue to be called Lake Mead Cruises, Aramark spokesman David Freireich said.

When asked whether Aramark will keep current Lake Mead Cruises employees, Freireich said, “The plan is to partner with current employees.”

At peak season, Lake Mead Cruises employs about 30 people, but the staff is reduced during the winter months, said General Manager Lisa Stephens.

Stephens could not provide transition details, stating last week that she had not yet had any contact with Aramark.

However, she said the transition is scheduled for sometime in December.

According to the Lake Mead Cruises website, cruises will operate “as usual” through Dec. 31, with departures at noon and 2 p.m. Monday, Wednesday and Saturday. The website states dinner and champagne brunch cruises will resume in the spring.

Lake Mead Cruises owners Rod and Meg Fair have operated the Desert Princess and the business for 25 years, but decided to “move on to new adventures,” according to the website.

The Park Service solicited bids for the new contract April 5 through June 26. The Fairs did not bid.