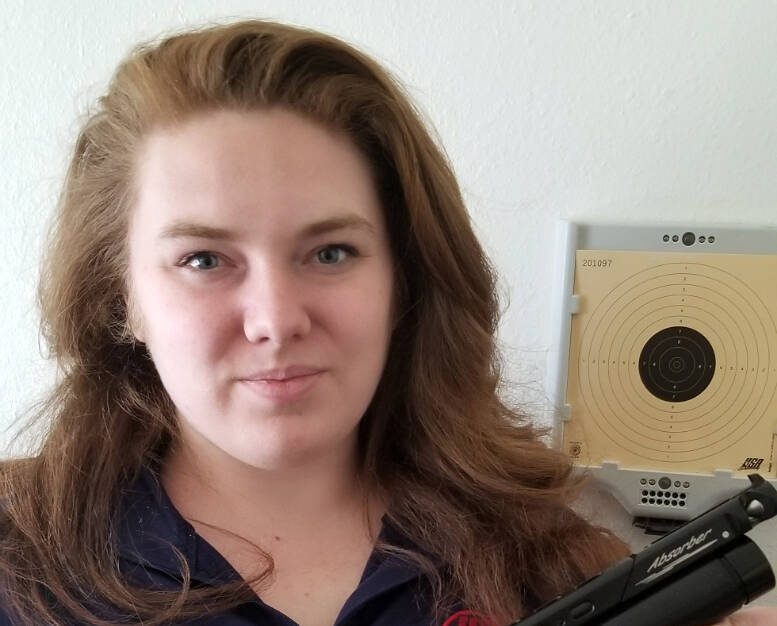 Alexis “Lexi" Lagan recently competed in the International Shooting Sport Federation President's Cup in Wroclaw, Poland. She was the first U.S. woman in more than 20 years to be invited to compete in the rapid sport pistol division.

Alexis “Lexi” Lagan has gone where no other woman in the United States has been for more than 20 years: the pistol portion of the International Shooting Sport Federation President’s Cup in Poland.

The ISSF President’s Cup Rifle/Pistol competition is by invitation only and open to the top 12 world-ranked athletes in pistol, rifle and shotgun events. After the 2020 Tokyo Olympics, Lagan is ranked 12th in the world for women’s sport pistol.

According to USA Shooting, Lagan is the first U.S. woman invited to compete at the President’s Cup since 1999 and only the fifth ever in the organization’s history.

Lagan said the invitation was an “incredible honor.”

Lagan said she struggled with the range conditions at the competition and shot a low score in the precision portion but earned a higher one in the rapid portion.

“I was able to tie with 11th place, but the tiebreaker placed me back in 12th,” she said. “In the end, I am proud to even have been invited to this competition. I believe this will help me continue this success path all the way to the top of the podium in Paris 2024.”

She said she was also able to participate in some experimental competitions while she was there.

“I was invited to participate in a mixed team 25m rapid fire pistol match,” she said. “I was paired by random draw with a Poland Shooting Team member, Oskar Milivec, ranked 11th in the world for his discipline of men’s 25m rapid fire pistol. It was a lot of fun. I never have (had) the opportunity to shoot the men’s 25m discipline, so it was a little wild to try something new on a world stage. I will not say my performance was world-stage worthy, but I made it entertaining when one of the frames of my target crashed to the ground in the middle of the round. Everyone was very surprised, including myself.”

Lagan was one of seven members of the USA Shooting team invited to the President’s Cup. Nick Mowrer, who served as her partner in the mixed pistol event at the Olympics, also competed.

Lagan is a 2011 graduate of Boulder City High School and the city’s first female Olympian. She started shooting competitively when she was in college at the University of Utah.

At the 2020 Tokyo Olympics, she took 18th in the sports pistol rapid stage, just 10 points shy of the leader. She came in 38th in the 10m women’s air pistol and 21st in women’s sport pistol precision state. She and Mowrer placed 16th out of 20 in the 10m mixed air pistol competition.