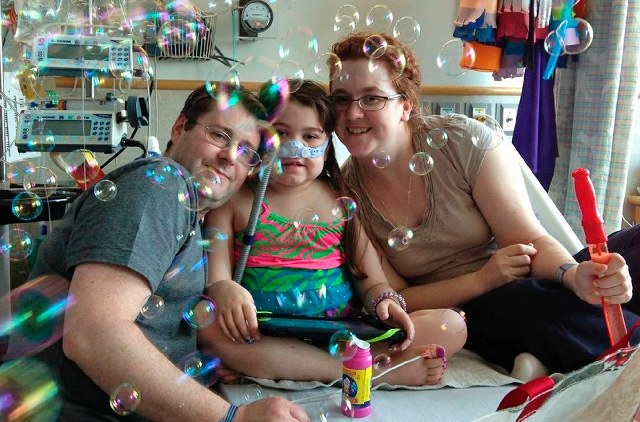 WASHINGTON — It’s a life or death matter: Who gets the next scarce donated organ? In an unprecedented challenge to the nation’s transplant system, a federal judge has allowed one dying child – and a day later another – to essentially jump the line in rulings that could have ramifications for thousands of people awaiting new organs.

Over and over, the nation debates the fairness of transplant policies, from Mickey Mantle’s liver in the 1990s to people today who cut their wait times by moving to another city where the list is shorter. But back-to-back rulings by a federal judge this week appear to be a legal first that specialists expect to prompt more lawsuits from people seeking a shorter wait, just like the parents of two patients in a Philadelphia hospital – 10-year-old Sarah Murnaghan and 11-year-old Javier Acosta.

“People who have privilege or people who complain more loudly or have political voice shouldn’t be able to claim special treatment,” said Lawrence O. Gostin, a prominent health law professor at Georgetown University, who questioned the legal basis of the rulings. Transplant policies aim to be “fair and just for everyone, not just for that one heart-wrenching case.”

Johns Hopkins University transplant surgeon Dr. Dorry Segev put it more starkly: “Every choice that is made in transplantation in favor of one patient means the likely death on the list for another patient.”

Indeed, when Health and Human Services Secretary Kathleen Sebelius refused to intervene in Sarah’s case, she pointed out that three other children also at Children’s Hospital of Philadelphia were in the same condition, and 40 other seriously ill Pennsylvanians over the age of 12 also were awaiting a lung transplant.

The Murnaghans challenged a lung transplant policy that matches children under 12 with pediatric donors, who are rare, or offers them adult lungs only after adolescents and adults on the waiting list have a chance at them. The family said Sarah will die without a new set of lungs soon and argued that children under 12 should have equal access to adult donations. Javier Acosta’s family of New York City filed a similar lawsuit Thursday, saying he may die on the waiting list like his brother did two years ago. Like Sarah, Javier’s lungs have been destroyed by cystic fibrosis.

“The problem is, we can’t build a system around making exceptions for everybody that isn’t getting the transplant when they need it,” Dr. John Roberts, who heads the Organ Procurement and Transplantation Network’s board, said Thursday.

The bigger issue that these lawsuits raise: Should the nation’s transplant policy be changed so that children always get preference? Roberts said that is a fair question that society needs to debate, and if so, what age to set as the cutoff. Do 16-year-olds get the same preference as grade-schoolers?

Transplant policies vary widely by organ, and Roberts said the under-12 policy for lungs accounts for younger children’s different medical needs. They’re particularly hard to transplant, children don’t tend to fare as well and adult lungs don’t always fit them. The policy includes steps to increase access: Lungs donated by 12- to 17-year-olds are first offered to patients that age and then to younger children before they’re offered to adults, for example.

It’s a balancing act that is set not just by doctors, but by committees that include transplant recipients, patient advocates and ethicists. The goals include limiting wait times and getting organs to patients who stand the best chance of success.

Segev said the biggest disparity in the country isn’t about children but geography: In some areas, people donate more organs, allowing patients to shop around for shorter lines and even get on more than one list if they have the means to get to a far-away hospital within hours of an organ becoming available. For instance, Apple CEO Steve Jobs’ 2009 liver transplant was in Tennessee, where the wait was much shorter than back home in California.

Then there are questions about people who need a transplant because of diseases caused by poor lifestyle choices. Nearly 1 in 5 liver transplants goes to current or former heavy drinkers, like Mickey Mantle back in the 1990s. Many transplant centers now require patients awaiting a new liver to give up drinking for six months to qualify.

Roberts compared setting transplant policies to a deadly game of musical chairs – there just aren’t enough organs to around so that everyone has a shot at winning, something that would change if only more people were organ donors.

“If everybody wants us to always have a chair for the kids, we can but who else is that going to hurt?” Roberts said. “These are terrible decisions that have to be made when you don’t have enough organs.”