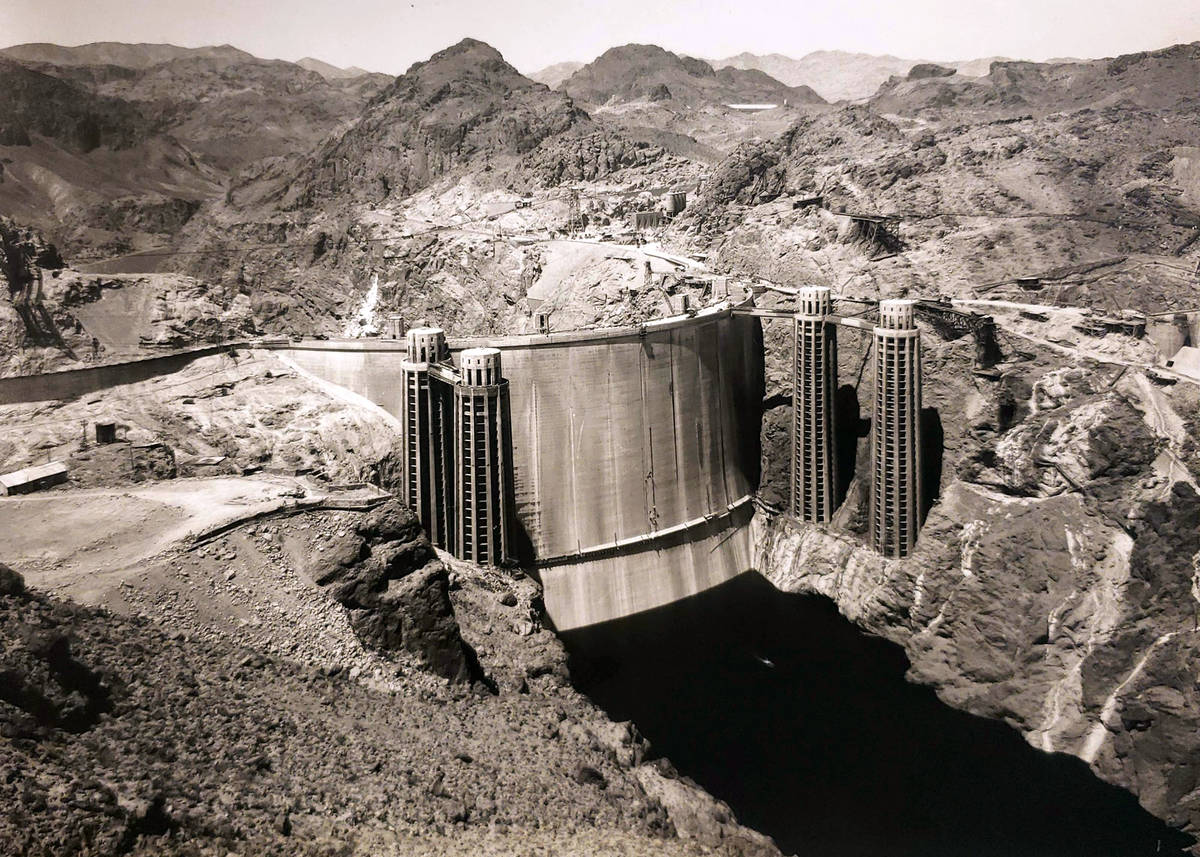 (Boulder City/Hoover Dam Museum) This picture of the northwest side of Hoover Dam was taken May 27, 1935, two days before the last piece of concrete was poured 85 years ago.

“This was an incredible project,” said Mark Hall-Patton, administrator of the Clark County Museum. “It was the largest scale engineering project and yet they did it under time and under budget.”

To pour all that concrete, workers had to place approximately 160,000 cubic yards per month, and when it was finished, the project was still far from being complete.

“There was actually a fair amount (still) to do” said Hall-Patton. “This was a milestone everyone could understand.”

The concrete portion was the most visible part of Hoover Dam and was built from 215 concrete blocks put into columns. Once it was poured, the workers still had to set up the turbines, build headquarters, take down temporary structures and install everything needed to get the electrical systems going.

Work also had to be done to cool down and set the concrete so grout could be put in to keep all the blocks together.

To speed that time frame up, more than 582 miles of 1-inch steel pipe were embedded into the dam so ice water could circulate through it. The cooling process was completed in March 1935, according to the Bureau of Reclamation.

“When you’re looking … at a project of that size, this was larger than any other project in the United States,” added Hall-Patton. “It was in the middle of the desert, during the Depression.”

Hoover Dam was built between 1931 and 1936 and helps provide water and hydro-electrical power to the West. Once all the concrete had been poured by May 29, 1935, the rest of the features were completed less than a year later on March 1, 1936. Contractor Six Companies Inc. had seven years from April 20, 1931, to complete the project, according to the Bureau of Reclamation. They completed it in five years, and their bid was approximately $24,000 less than the government’s estimated cost.