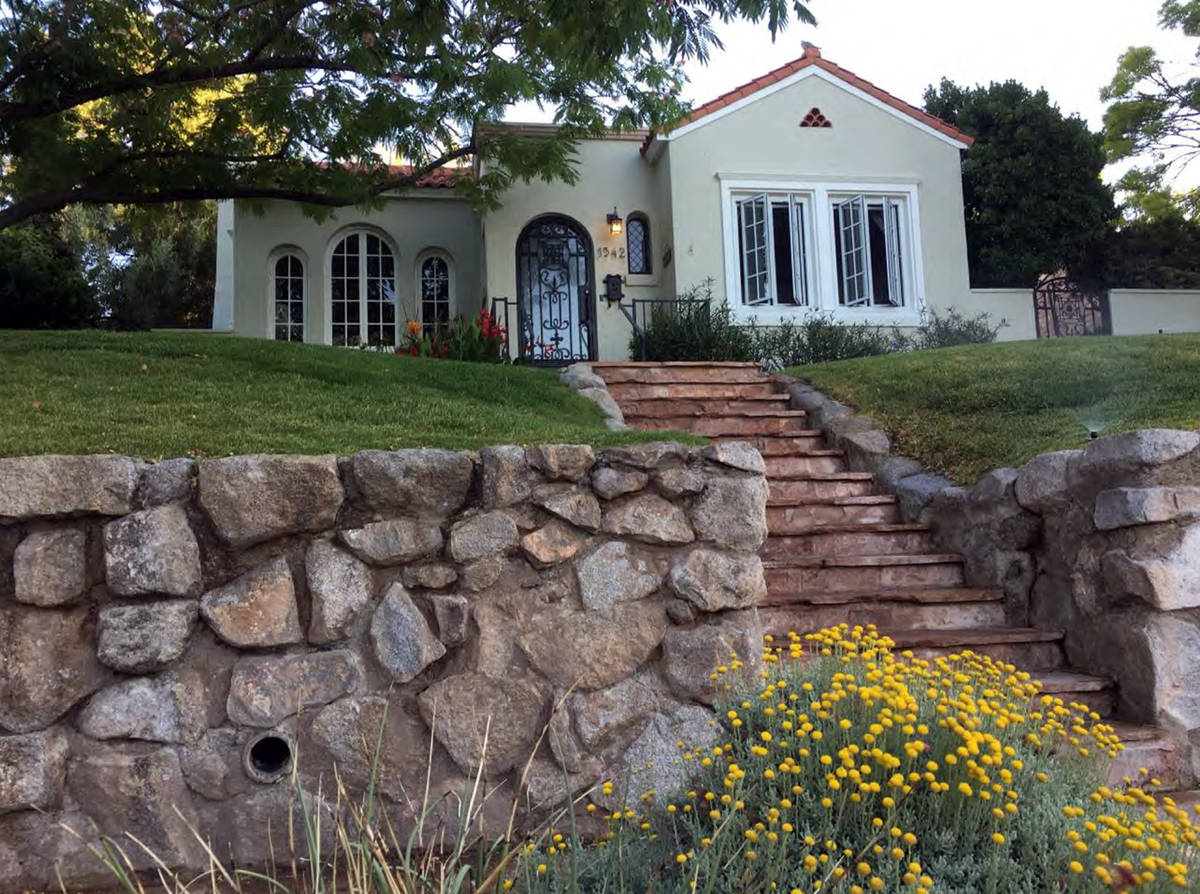 Celia Shortt Goodyear/Boulder City Review The house at 1342 Denver St. is the 2020 Historic Preservation Award winner and a virtual tour of it will be available at www.bcnv.org/613/Historic-Preservation-Day.

Starting today, the community will be able to virtually view the exteriors of four historic properties in town.

“I think it will be fun,” said Linda Graham, chairman of the committee.

A highlight of the virtual tours will be an interview outside of 1342 Denver St., which is the 2020 Historic Preservation Award winner.

Owners Hillary and Josh Brimhall purchased the house in 2014 and continued the preservation work of the previous owners inside and outside the home.

“It’s quite an honor,” said Hillary Brimhall about the award. “I’ve been nominated the last couple of years.”

The Brimhalls repainted the exterior of the house, redid its landscaping, added flagstone in the backyard and replaced some of the windows.

“Whatever we’ve done, we tried to keep it as close to the original as possible,” she said.

Hillary Brimhall said they are trying to find arched windows so they can replace the rest of the original ones.

Graham said she and Mayor Kiernan McManus will be presenting the preservation award during their interview at the property.

The other tours, which will be released throughout the month, will be of the Ash Street Apartments at 508-526 Ash St.; the Boulder City Co. Store at 525 Avenue B; and the Bureau of Reclamation’s administration building at 1200 Park St.

Graham said these properties were chosen because they were nominees for this year’s Historic Preservation Award.

“We looked at how we could celebrate these historic properties in a safe, healthy manner,” McManus said. “I applaud the committee for thinking of ways to honor these locations while protecting the community.”

“We are fortunate to have so many people who value our past and work to preserve it,” said Al Noyola, city manager. “In addition to volunteers, the staff puts in time and effort to ensure these events are successful. I am thankful for all they do.”