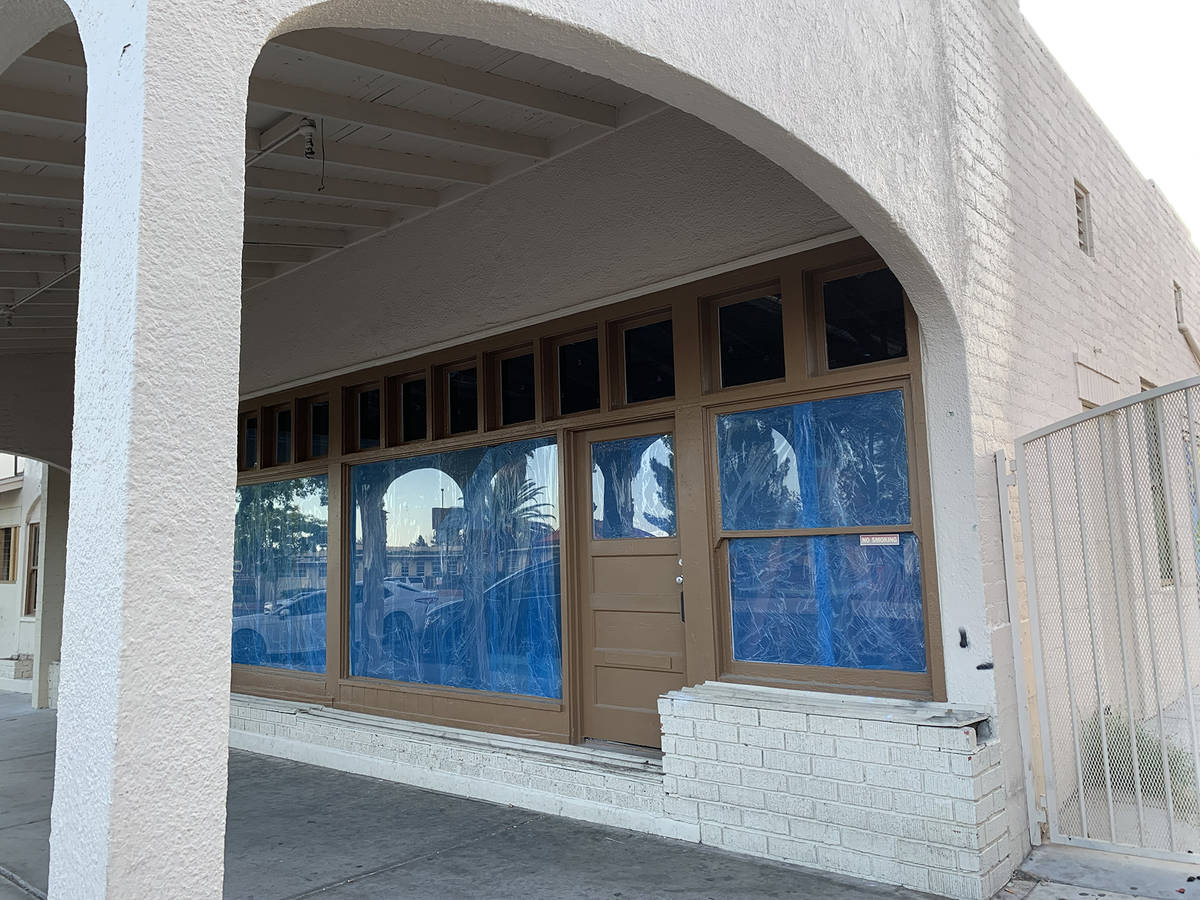 Part of Boulder City’s oldest commercial building will have new life as a restaurant while maintaining its historic value, according to business owner and resident Tony Scott.

Scott recently leased 550 Nevada Way and said he is planning to open Big T’s Cantina, a bar and restaurant. The new space is part of the Browder building and includes the portion that previously operated as a doll shop.

“I’m not going to change the outside of the building. … I fell in love with the building the way it is, but inside I’m doing 100 percent new plumbing, 100 percent new electrical and trying to bring it up to code without ruining the look and the historic value it does have,” he said.

Scott presented his plans for the space at the city’s Tuesday, May 12, Redevelopment Agency meeting where he was applying for $43,710 in grant funds to help pay for exterior painting, sewer line, grease interceptor, fire suppression hood, electrical upgrades, Americans with Disabilities Act upgrades and landscaping.

Mayor Kiernan McManus and Councilman James Howard Adams said they were happy Scott would be maintaining the historical aspects of the building.

“I’m happy to hear you are hoping to respect and appreciate the historical value that building does offer us,” Adams said.

“I’m also very pleased that you recognize the significance of it and plan to work with what is there to bring that building back to use,” added McManus.

The RDA members unanimously approved the grant funds for the project.

Scott said he is hoping to open Big T’s Cantina in September.

He said he had been watching the Browder building for awhile and started working on this project as soon as the property became available.

“We wanted a place where people could have some chips and salsa and a cocktail, just a fun place to hang out,” he said.

In March 2019, Dan Fox purchased the property from Charles Lawson. The building had three units. Dan Fox’s wife, Kelly, said they were planning to divide it into two units to lease. The middle one will be incorporated into the corner one that was formerly Mel’s Diner.

The Browder building at 552 Nevada Way was built in 1931. Ida “Ma” Browder opened the town’s first restaurant there. She expanded the structure to include 554 and 558 Nevada Way in 1940, according to a 2012 report done by the city’s Historic Preservation Committee.