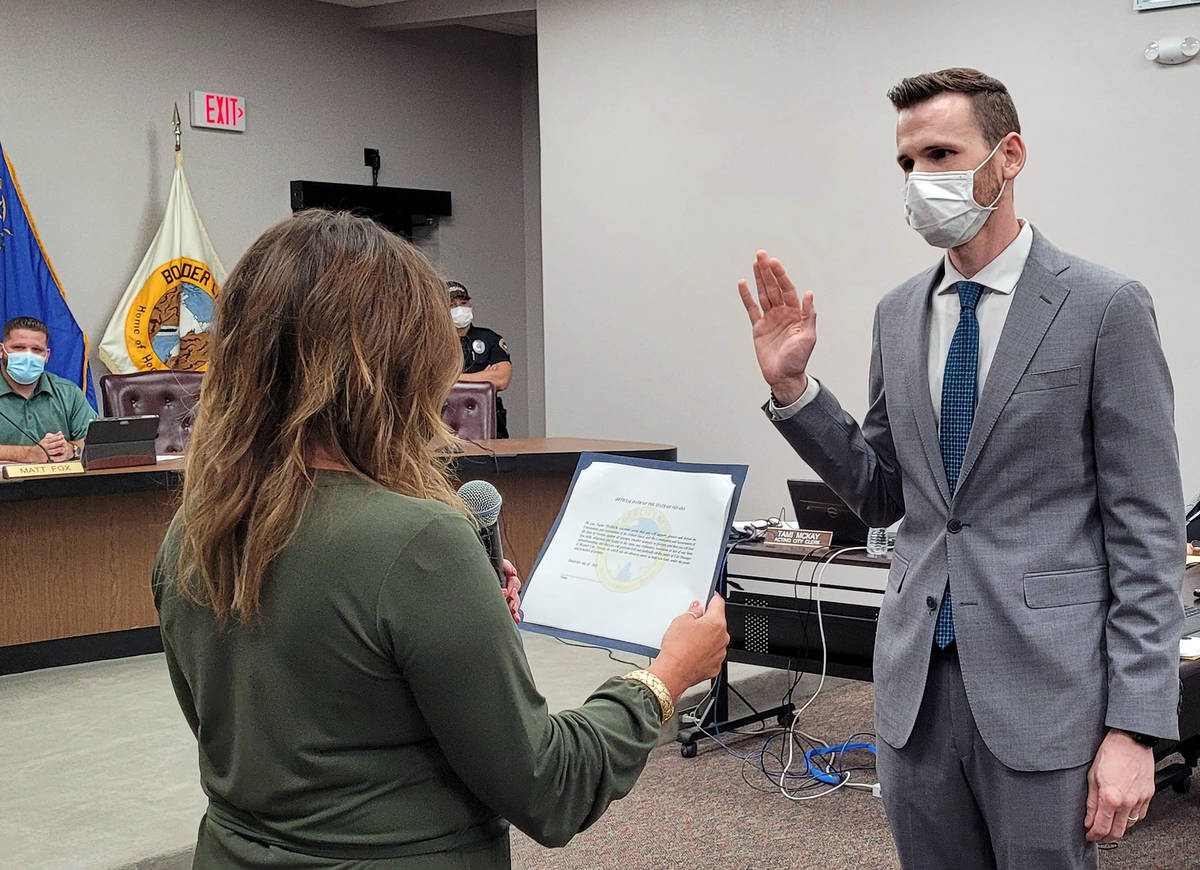 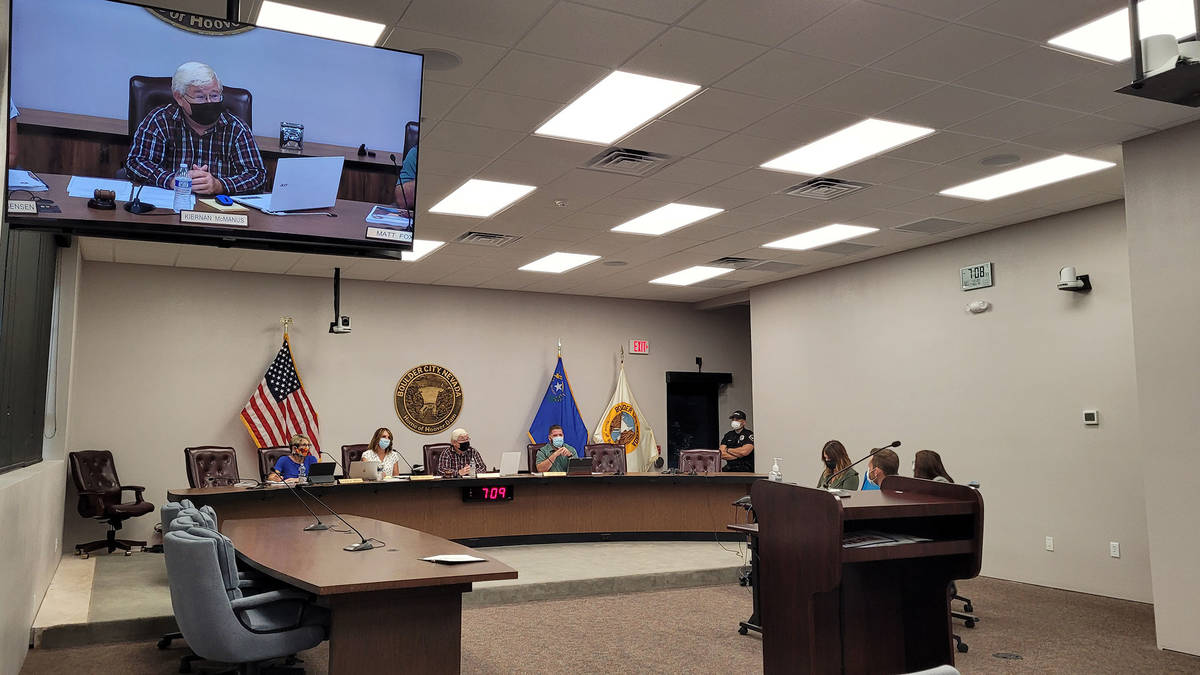 Boulder City will be receiving temporary legal help from Henderson through a new interlocal agreement.

At its Tuesday, Aug. 10, meeting, City Council unanimously approved the agreement that will allow Henderson’s assistant city attorneys to provide in-person legal guidance at council and Redevelopment Agency meetings; review all proposed contracts, ordinances and resolutions; and provide legal guidance to the city’s public officers and departments as needed.

“As you know, there will be a need beginning in September for temporary outside counsel to assist the city attorney’s office for a period of three to four months,” said City Attorney Brittany Walker, who is pregnant.

The agreement goes until Dec. 31 and includes a one-time 90-day extension, if needed. The city will be billed hourly at a rate of $88 per hour with the total amount not to exceed $50,000. That money can be provided in the current fiscal year budget of the city attorney’s office.

Walker said during the three- to four-month time period, she will be available at a “reduced hourly basis.”

If council did not want to proceed with the interlocal agreement, they could either retain an outside law firm at an hourly rate of $200-$600 per hour or hire an individual attorney on a contract basis.

“Upon reviewing all the options, I’m in agreement with the interlocal agreement,” said Councilwoman Claudia Bridges.

Council approved the agreement with a 4-0 vote; Councilman James Howard Adams was absent from Tuesday’s meeting.

Also at the meeting, council approved participating in the One Nevada agreement on the allocation of opioid recoveries and retaining the law firm Keller Lenkner for the opioid-related litigation that’s part of it. Keller Lenkner has offices in Washington, D.C., Illinois and Texas.

The agreement provides a plan for how funds from any Nevada opioid-related settlement or related bankruptcy distribution will be allocated among the various state and local governmental entities in order to reduce the effects of the opioid epidemic.

Council unanimously approved participating in the agreement but approved retaining Keller Lenkner in a 3-1 vote with Mayor Kiernan McManus voting against it.

McManus said he was concerned that Keller Lenkner had retained local law firm Jolley Urga Woodbury Holthus & Rose to represent the city in any opioid litigation.

He said he wasn’t happy with the previous communication to the city and that a member of the firm was the father of the previous mayor. He also said he still had some unanswered questions about using a different local firm.

“My concern with this is not necessarily with the national firm that’s doing this but with the local firm that’s been retained. … I would prefer not to go forward with the resolution at this time,” he said.

Walker said council could approve keeping Keller Lenkner but have them evaluate different options for local counsel. Those options would be brought up at a later meeting as a part of a new retainer agreement.