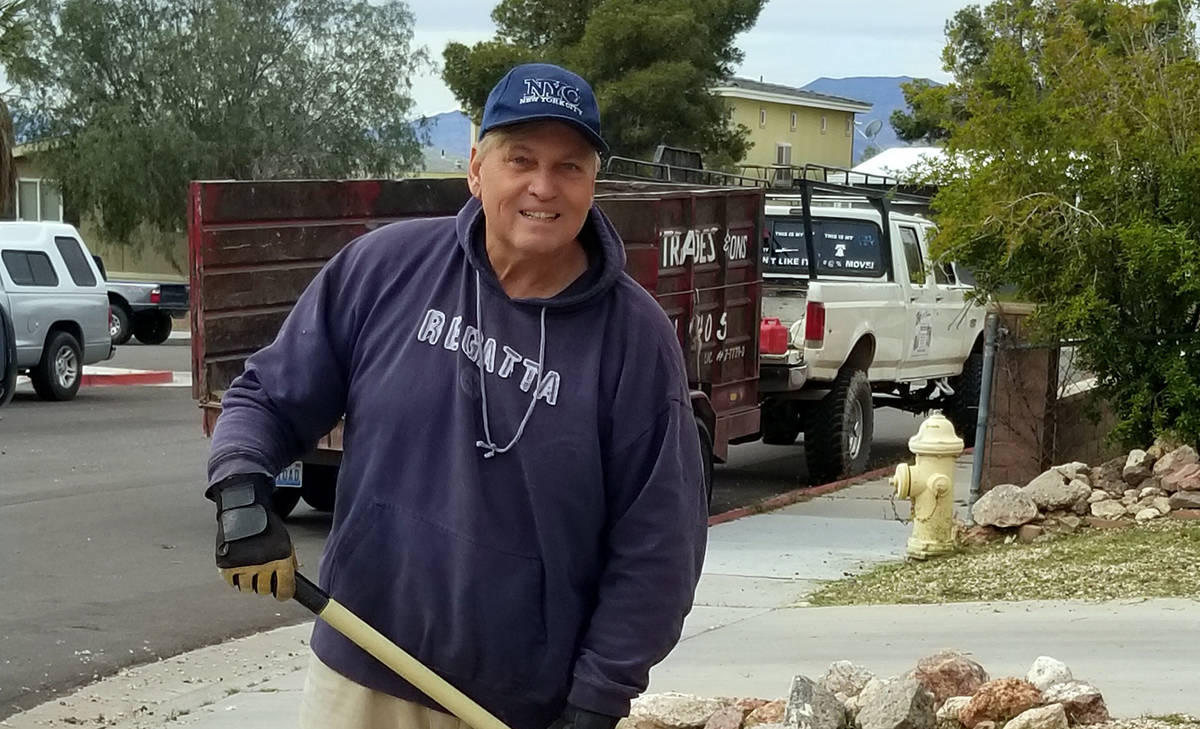 (Celia Shortt Goodyear/Boulder City Review) Glenn Frank is one Boulder City resident who is focused on helping his neighbors during the COVID-19 pandemic. 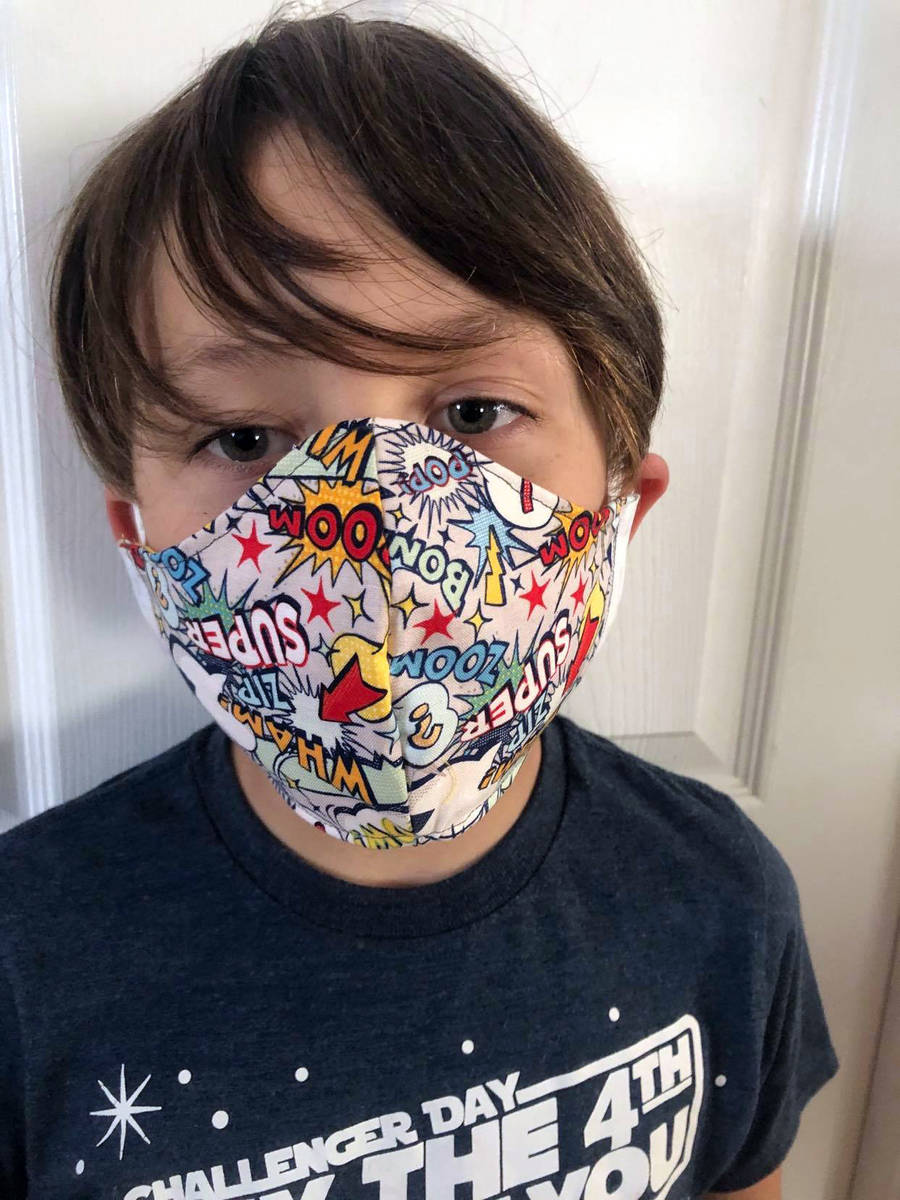 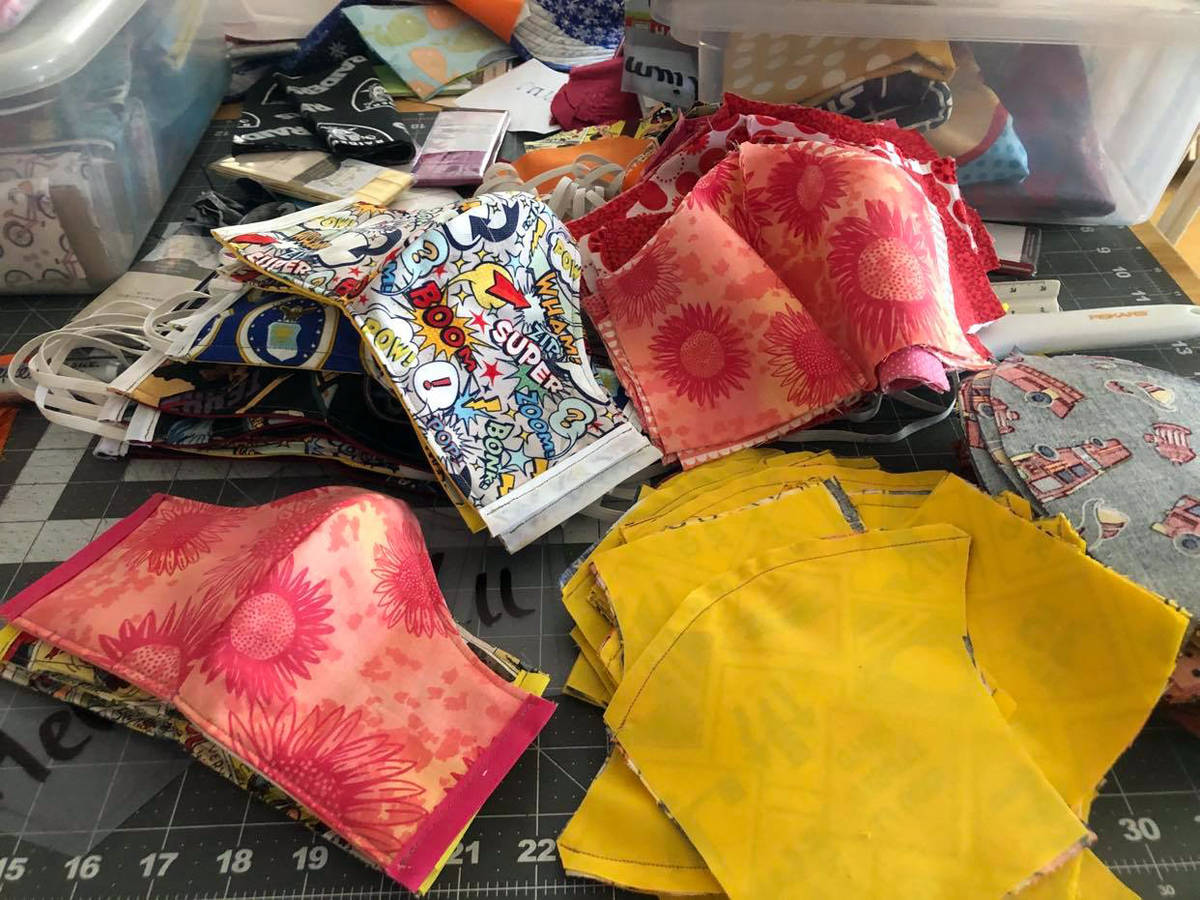 In the midst of business shutdowns and layoffs to prevent the spread of COVID-19, people are stepping up to help others in need.

Resident Katie Kilar said she has “a closet full of fabric and nothing but time,” so she is making masks to give to health care workers and first responders for free.

“I got put on leave last week, like 60 percent of Americans,” she said. “There’s only so much you can do from home.”

Kilar said she had the idea to make the masks after seeing posts on social media about people sending their personal protective equipment to hospitals.

“I have a lot of fabric and supplies,” she said. “I used to sell on Etsy, so it’s something I have on hand and something I can do to help.”

Kilar said she did some research and chose a mask pattern she thought would work.

“So far we have given masks to Henderson Detention Center employees and Boulder City Fire,” she said. “We’re working on the respiratory unit at Boulder City Hospital. … I’ve got three ladies helping me at the moment, two cutting fabric and one other sewing as of (Monday).”

Frank said he worked as a general contractor for many years and can do handyman tasks like plumbing, electrical and yard work.

“There’s really nothing I can’t do,” he said.

Recently, he posted on Facebook, inviting anyone who needed anything during the COVID-19 pandemic to contact him. He said he did it because he wanted to help during the crisis.

“If people need something, I can do something for them,” he said.

Eric’s Smoke and Gift Shop, 1020 Nevada Way, is helping people who need it by giving out free eggs.

“We’ve been trying to give out a dozen here and there,” said employee Robert Snodgrass.

He said people don’t need to purchase anything to get the eggs. They can just come to the store.

“If there’s a family that needs one, they can come to the store and get it,” he said.

Resident Gretchen Frost was helped by a man who purchased all of her groceries.

Frost said she is immune-compromised and has a hard time getting around because her car is in the shop, and she was recently laid off. This man helped her around the store, paid for her groceries and then drove her home so she wouldn’t have to walk. She recently shared her story on Facebook.

“During this time of panic, chaos and uncertainty, it’s so comforting to know there are still good people out there who care about others, and their well-being and want to help. Not knocking down old ladies for the last roll of toilet paper,” she wrote in the post.

Frost said the man’s name is John and he isn’t a local. She said he works for the power company and is staying in town.

The Boulder City Review would like to share more stories of neighbors helping neighbors. They can be submitted at news@bouldercityreview.com.