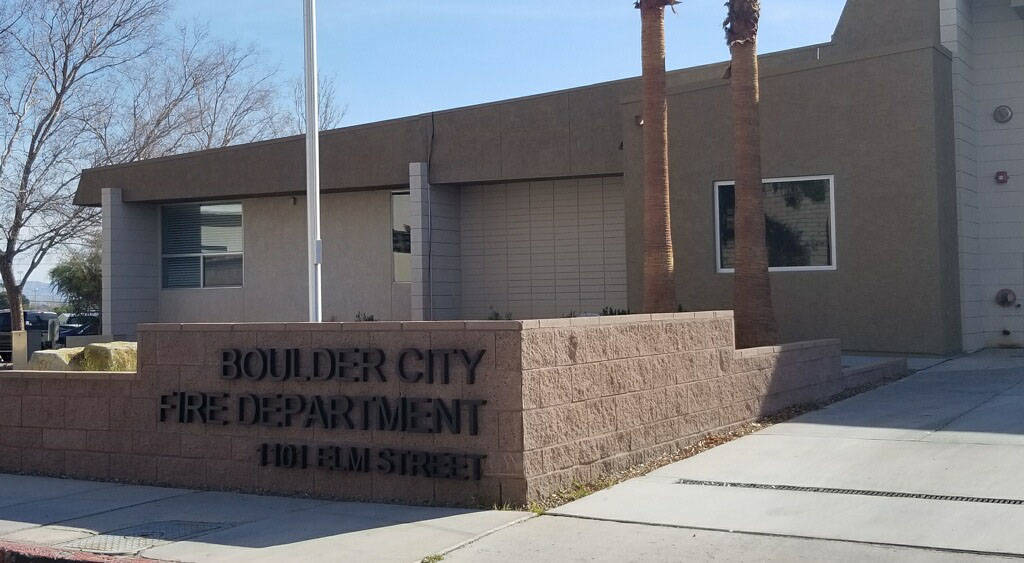 The Boulder City Fire Department wants to grow its reserve program so that it can better assist the firefighters and save the city money.

Boulder City Fire Department’s reserve firefighter program used to be one of the best in the nation, and Chief Will Gray is working to return it to that past glory.

“When I arrived and met with our regional firefighting partners I was told about how the past reserve program was one of the best in the country,” he said. “They stated that there were senior firefighters and fire officers around the region, and the U.S., that started here in Boulder City. Our goal is to restore this program to that past status. We hope to develop a place to help young people learn how to be a firefighter while helping with our daily emergency response needs.”

Those who participate in a reserve academy must have valid Firefighter I and EMT certifications. Each participant is also required to work at least two shifts a month at the station during training, which Gray said helps save the city money.

“It’s a lot less expensive to have a reserve firefighter fill in than it is to have a regular (one),” Gray said.

Additionally, Gray said having reserve firefighters will allow the department to run a third ambulance more frequently. Currently, it can only run when the reserves are working.

“As that program builds up, we’ll have more reserves available,” he said. “We’ll be able to run that third ambulance when we need it.”

He said having that third ambulance available is “really valuable” because it will allow a faster response time to calls if both other ambulances are out transporting patients to Henderson. If that happens now, Henderson Fire Department is called in to help.

Gray said his plan is to design the program to support the current response force while nurturing individuals to possibly work full time for the city.

“The fire department hires all of our entry level firefighters from the reserve firefighter program. … I have been meeting with all of our current firefighters to help me better understand the department and what makes it as good as it is,” said Gray. “I plan to use this information to ensure that the program is as strong as possible within our budgetary constraints.”

Local firefighter/paramedic Nigel Walton said a big reason Boulder City’s reserve academy is unique is because it gives people firsthand experience at the job and bolsters their resume.

“They come in and help us out and then get that experience and assist us with manpower,” Walton said.

Walton, who completed the training about seven years ago, said the program runs between 10 to 20 weeks. It’s one day a week during that time, with the training going 12 hours a day.

“Our most recent academy lasted 10 weeks,” Gray said. “The reserves came in for a training day each Saturday and our fire leads provided the training required to get them to Firefighter II. Candidates became certified reserve firefighters at the completion of the academy.”

Gray said they are planning to recruit participants at the College of Southern Nevada Fire Science Program and possibly Boulder City High School.

Those who are interested in joining the reserve program should call 702-293-9228 for more information. Gray said he hopes to hold another reserve academy in the fall.