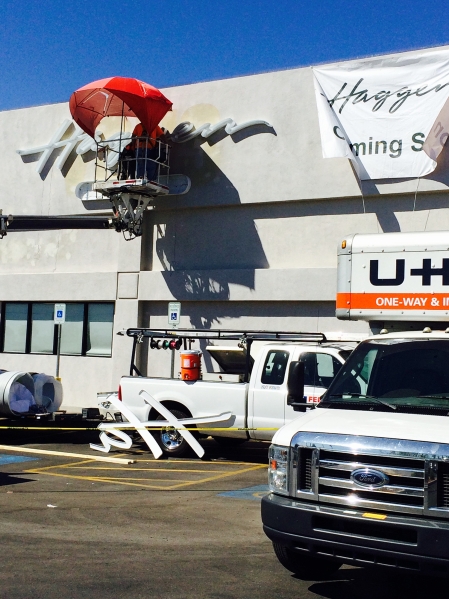 The Boulder City Haggen grocery store is among the 127 stores the grocery chain plans to close by the end of the year.

The move will leave the community with only one full-service grocery store.

All seven of the Nevada stores the Bellingham, Wash.-based grocer opened in June will be closed as the company realigns its operations around 37 core stores and one standalone pharmacy in the Pacific Northwest after declaring bankruptcy in early September.

Also slated to close are 12 stores in Oregon, 10 in Arizona, 83 in California and 15 in Washington. The closures are pending approval from the bankruptcy court.

The company blamed a number of actions by Albertsons for its failure after it acquired 146 stores for $300 million from the chain as part of its merger with Safeway. The Federal Trade Commission announced in January that Albertsons and Safeway agreed to sell the stores to win U.S. antitrust approval for the merger.

On Sept. 1, Haggen filed a $1 billion lawsuit against Albertsons claiming the chain made “false representations to both Haggen and the FTC about Albertsons’ commitment to a seamless transformation of the stores into viable competitors under the Haggen banner.” It also claimed Albertsons provided misleading information that caused Haggen to raise prices, deliberately overstocked perishable products at newly acquired stores, and that the company moved Haggen products into Albertsons stores.

Twenty-one of the stores acquired in the Albertsons’ transaction will remain open.

“Haggen plans to continue to build its brand in partnership with its dedicated corporate support and store teams. Haggen has a long record of success in the Pacific Northwest and these identified stores will have the best prospect for ongoing excellence,” John Clougher, chief executive officer of Haggen Pacific Northwest, said in a statement. “Although this has been a difficult process and experience, we will remain concentrated in the Pacific Northwest where we began, focusing on fresh Northwest products and continuing our support and involvement in the communities we serve.”

The stores slated to close will remain open as 60-day notices of the pending closures are issued, according to a company statement. Haggen has been working with Sagent Advisors to find a buyer for the stores.

Additionally, Haggen has requested that the FTC waive the restriction on its order that prevents Albertsons from hiring Haggen employees.

“This has been a priority for Haggen management to ensure its employees can take advantage of every opportunity available to them,” Haggen said in its statement.