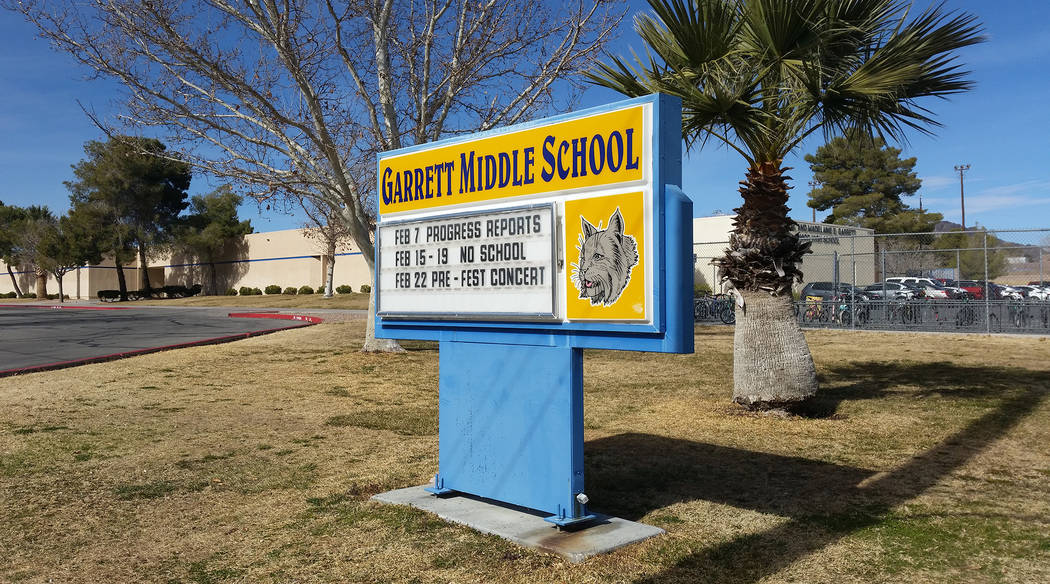 Garrett Junior High School and Boulder City High School are seeing more stars than last year, as both institutions have been awarded five-star ratings by the state.

“As a principal, I am very proud that we achieved this five-star rating,” BCHS Principal Amy Wagner said. “Our students and staff worked extremely hard to achieve this honor, and I am so excited for them. … I truly believe that Boulder City High School is one of the best high schools in the nation, and now we have the stars to highlight our superior rating.”

Through its Nevada Report Card system, the Nevada Department of Education rates schools each school year from one to five stars based on factors including English and math proficiency rates, student academic growth and graduation rates. Having five stars for the 2018-2019 school year means Garrett and BCHS are superior and exceed expectations for all of their students. They also demonstrate superior academic performance and growth with no opportunity gaps.

The new ratings are an improvement for both schools over last year.

“We increased the amount of students prepared for postsecondary study as well as how many students received an advanced or college and career readiness diploma,” Wagner said. “Additionally, as a school we now know how we are being rated and what metrics are being used.”

Also, Wagner said, they focused on the ACT, which the juniors take in the spring, as it is now used as an indicator of academic achievement for the rating system.

Last year, Garrett was given a three-star rating despite having a high-enough index score for five stars.

“Last year, we had an index rating of 92.5, but we did not make gains in specific areas that dropped us from a five-star status to a three-star status,” Teemant said.

This year, Garrett earned 85.5 points and made the necessary academic gains to be awarded the highest rating.

“During the 2018-2019 school year we really focused on providing staff development on best practices for learning for all students,” said Teemant, who was not principal at that time. “Staff spent time completing instructional rounds, engaging in discussions about student needs and implementing strategies to reach all students.

“Garrett has always been recognized as a high-performing school that sets high expectations for both staff and students,” she added. “We pride ourselves on meeting the needs of all students, and keeping the students in mind in all that we do.”

King Elementary School received a three-star rating for the 2018-2019 school year, which is lower than the four stars it earned the year before.

“It is hard to pinpoint what we did differently that contributed to our dip in star rating,” he said. “We utilized our site-based collaboration time for professional development in math and ELA (English language arts). This included best practice training and time for teachers to share these best practices with each other. We incorporated instructional rounds that provided feedback to teachers on ways to fully engage students and improve instruction. We focused on teaching the content standards from bell to bell.”

Gelsone also said that though the school’s proficiency in ELA had dropped to 59 percent from 61 percent, the math proficiency increased from 53 percent to 54 percent.

A three-star rating means the school is adequate and has met the state’s standard for performance and all students have met the expectations for academic achievement or growth. No subgroup is considered far below standard, but the school must submit an improvement plan tailored to those needs.

Mitchell Elementary School was not ranked because it does not have the data required for the rating system. It teaches students in kindergarten through second grade.