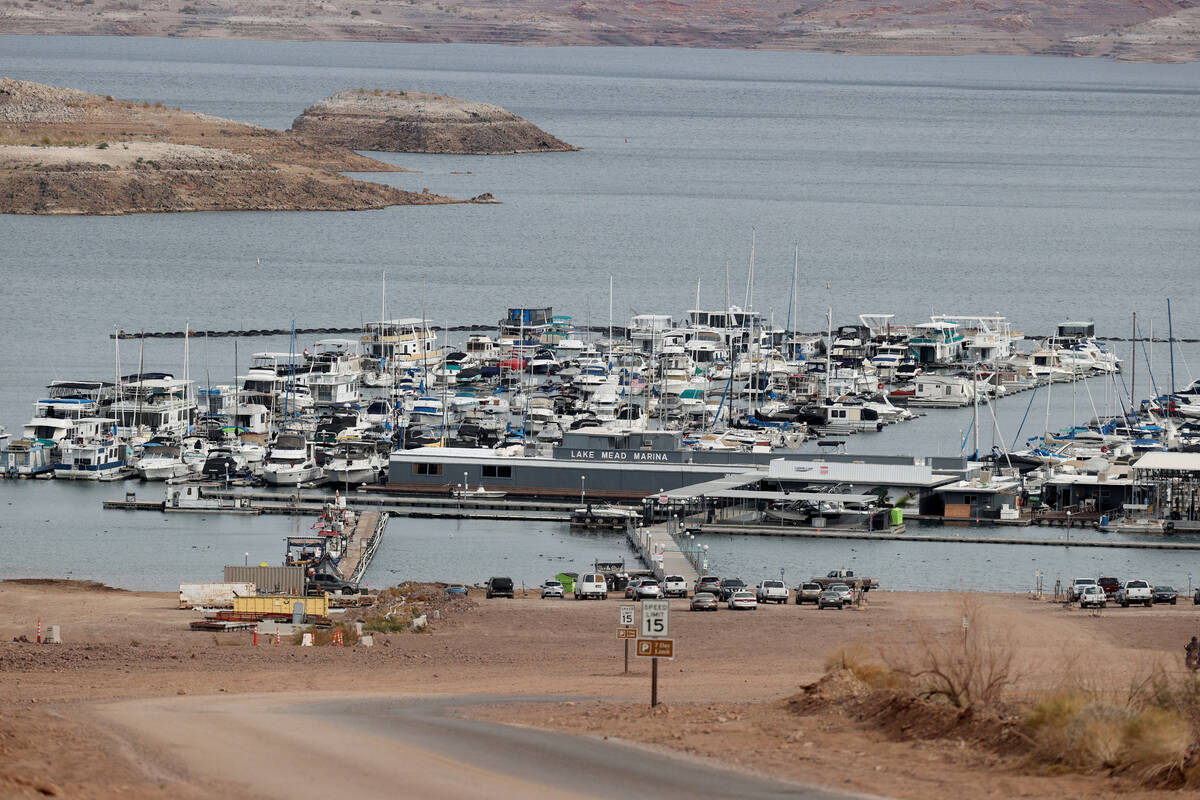 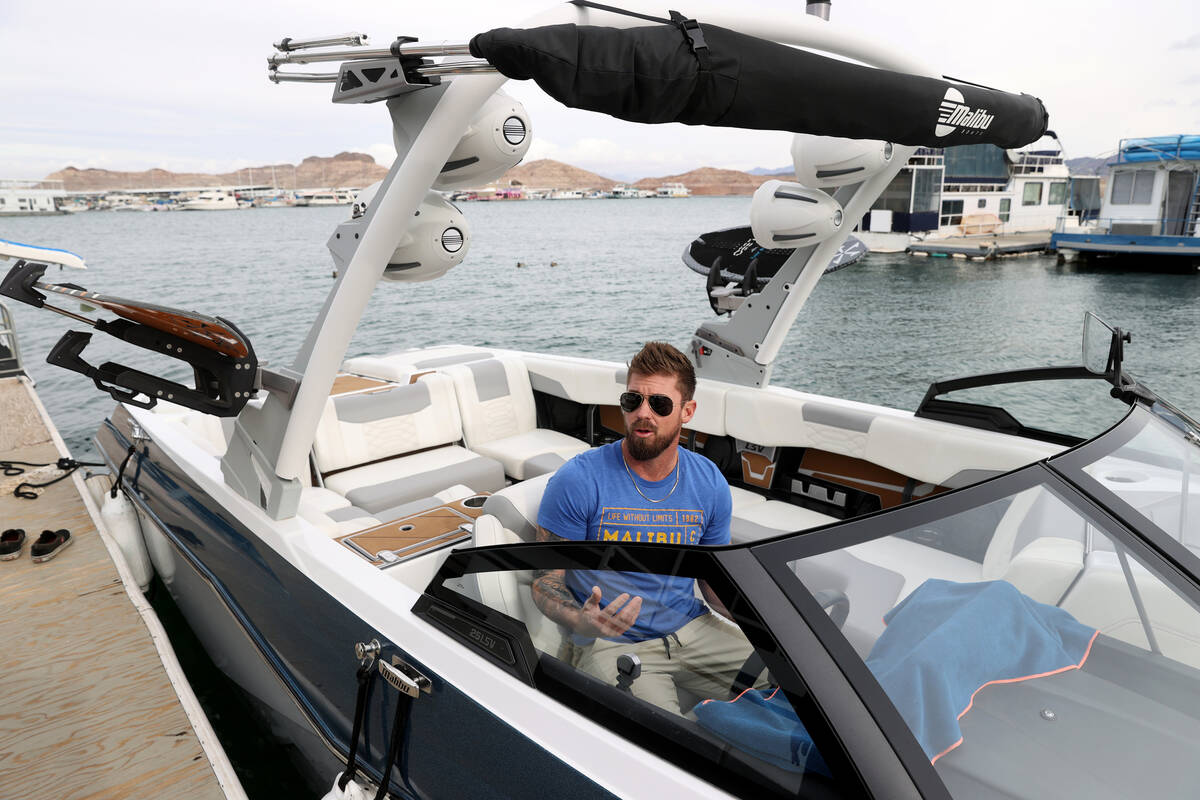 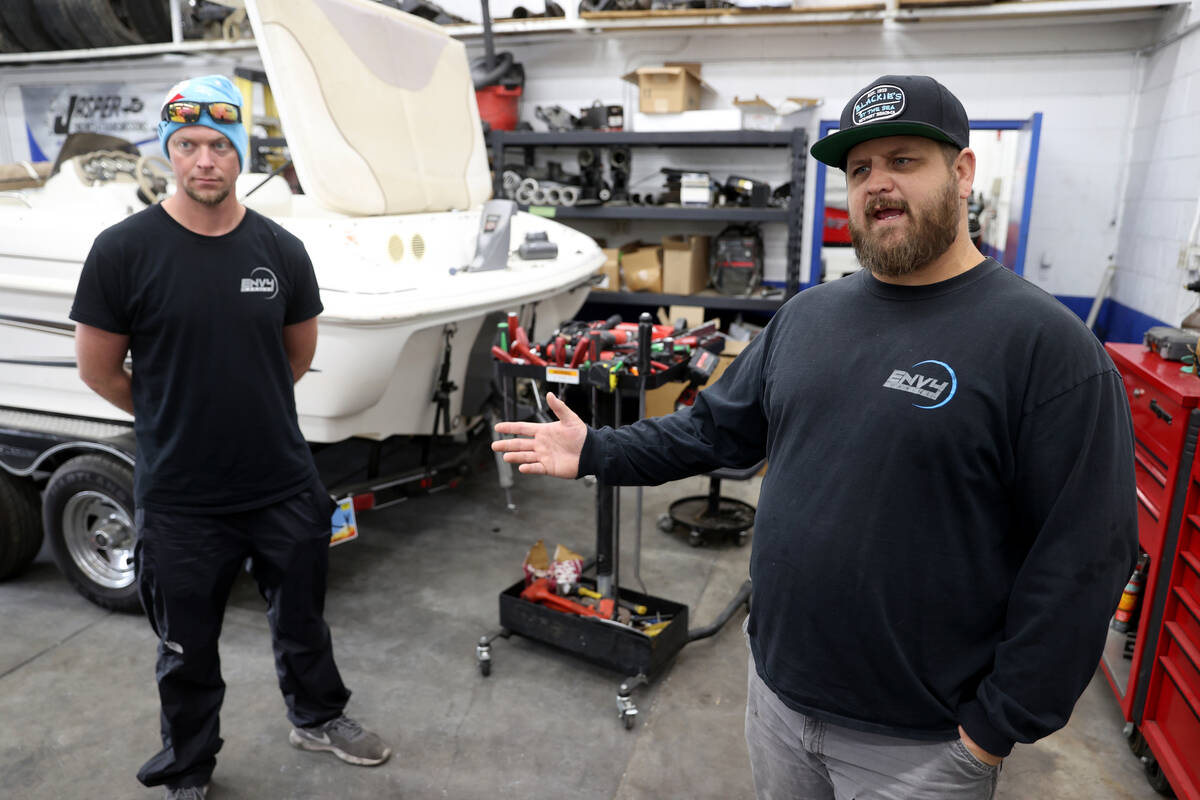 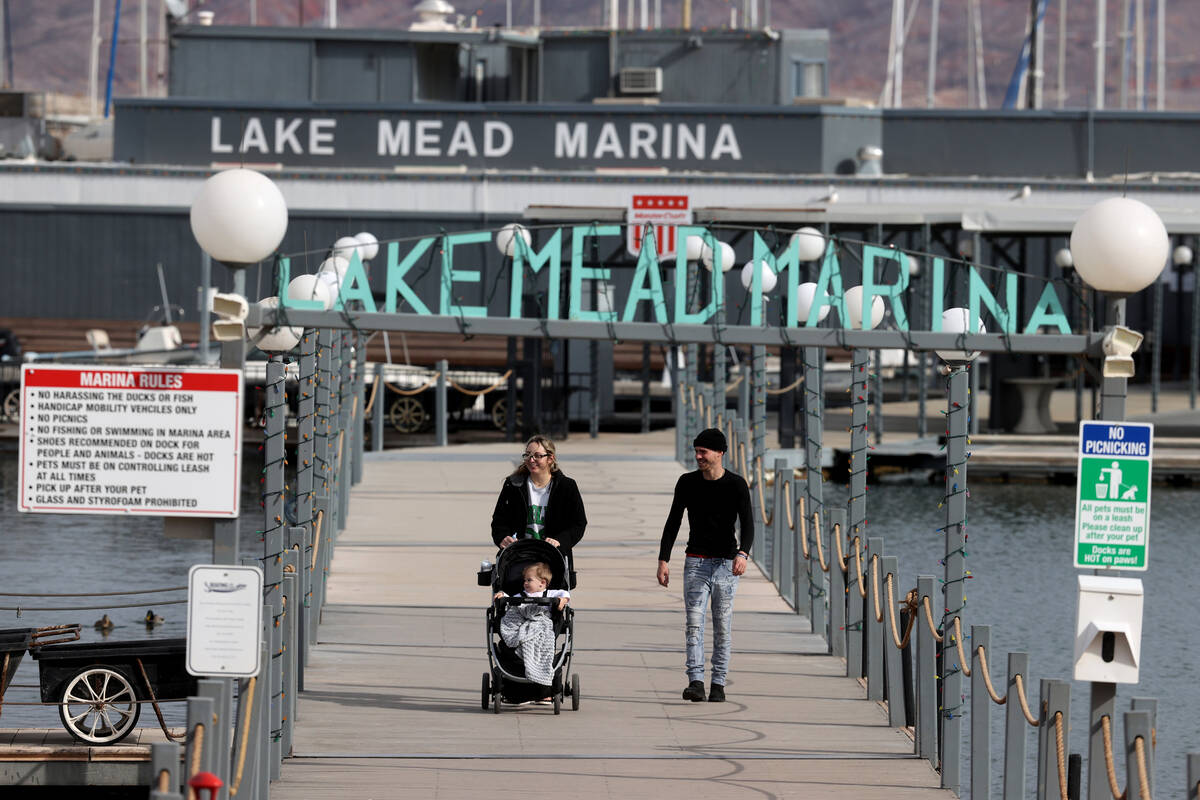 (K.M. Cannon/Las Vegas Review-Journal) Future plans for recreational opportunities at Lake Mead National Recreation Area, such as those offered at Lake Mead Marina, are being considered by the National Park Service.

The newsletter lists the option of removing boat launch ramps at five lake locations — Hemenway Harbor, Echo Bay, Callville Bay, Temple Bar and South Cove — which has some members of the boating community concerned that the park service is planning to end involvement in boat launching.

A public hearing on three options for the boat ramps was held Wednesday in Boulder City.

At Lake Mead, the park service operates the launches for boaters. In recent years, staffers have had to wrestle with extending, closing and opening boat launches as the lake level continues to fall.

In May, launches at all five locations were closed for a brief period during a sharp decline in the water level that saw the lake drop nearly 20 feet in April and May. Park rangers had to move and adjust ramps and apparatus while boaters faced hours-long waits to launch because of demand for reduced launch spaces.

Some boaters have suggested the park service turn over boat launch operations to commercial marinas as is the practice at Lake Havasu. That possibility is not addressed in Lake Mead’s newsletter.

Asked for more explanation, Lake Mead officials responded with an email, noting the assessment is in its early stages.

“This plan provides (a) range of potential management concepts proposed for long-term sustainable park operations, commercial services and visitor opportunities. All concepts are preliminary and subject to funding, financial viability, safety and operational assessments, and the possibility of continued water level decline.”

The park service newsletter outlines three options at each of the five boat launch areas based on 2019 low water plan actions.

Another concept says “no future launch ramp extensions or relocations will be made; evaluate motorized vessel access for safe and operational feasibility.”

The concepts for the other four launch areas are nearly the same. Maintain, evaluate and perhaps close some launches for good once water level drops to a certain level for each ramp.

Unanswered is the question of funding. Park service officials don’t know what funding they will receive from the federal government, a factor in whatever path they decide to take.

Also unanswered in the newsletter is what might happen to an estimated 2,000 vessels — from short pleasure boats to 75-foot houseboats — that are docked at marinas, such as Lake Mead Marina. A website, lakeaccess.org, estimates between 1,900 and 2,000 boats are docked at the lake.

A ramp operated by the park service is the only way to get boats in or out of the lake, but large houseboats do not generally have trailers, said veteran Las Vegas boater Vance Randall.

“Ninety percent of the boats docked on the lake do not have trailers,” Randall said. “It takes a semi with a large flatbed to get those in and out of the water. Most of them have been there for many years.”

If the ramp at Lake Mead Marina is shuttered, it’s unknown what would happen to boating. The newsletter did not address the issue, and Lake Mead officials have not responded to provide answers.

The potential loss of family recreation is what upsets Randall, a real estate appraiser who says he’s enjoyed boating on the lake for 15 years.

“I look for a way to get the family all together so they can’t run off and get off their cellphones, and that’s the boat, ” he said. “Many families spend much of their summer on the lake.”

He also said the park service is not offering “any good solutions to the situation.”

“Option one is already in place, option two is basically the same and option three is to remove everything,” Randall said.

He said one solution is for commercial businesses to operate boat launches rather than the government.

“It’s a scary thought for sure,” said Corey Obermeyer, a boat repair shop owner at Envy Marine in Boulder City. “I don’t know how they could make it a nonrecreational lake.”

He said he believes the park service doesn’t want to spend the money to handle launch ramps.

“The park service would rather have people go (into the park) and pay $25 and walk the beach and then leave than maintain the ramps. They want to get rid of boats because of the cost,” Obermeyer said. “They pay millions to maintain a launch ramp. It’s easier for them to be done with and take money and not have to deal with anybody else.”

He supports having businesses operate and maintain the ramps.

“It’s the best thing we could hope for,” Obermeyer said. “Take a look at Lake Havasu. All the launches there are owned and operated by the marinas.”

At least one boat business owner is doubtful there will be a total end to recreational boating on the lake.

“I don’t think the boating community would allow that to happen,” said Candice Hayes of Boating Lake Mead-Dry Dock Boat Sales, a 65-year-old company begun by her grandfather.

“Last year was difficult, but people are still boating. Less are boating because they can’t get launched, but really the ramp was available,” Hayes said.

She also disagrees with having businesses operate launch ramps.

“That is a huge mistake,” she said. “People have already paid to get into the park and then ask them to pay again to launch their boat?”

The park service is hosting three in-person public hearings and one virtual public meeting this month related to the boat ramps.

Randall, Obermeyer and Hayes said it is vital for boaters to show up for the hearings.

“We’re happy for the meeting and hope longtime boaters will have some good ideas and they (the park service) are open to those ideas,” Randall said. “We’ll see if the park service already has its mind made up or will listen.”

The virtual meeting will be from 4-6 p.m. Wednesday, Dec. 14, at https://tinyurl.com/LAKE-Dec-Public-Meeting.

Randall said he is organizing a Dec. 16 boat parade on the Strip to “bring awareness to the situation.”

He said the plan is to form up near Tropicana Avenue and parade to Sahara Avenue.

“We did it years ago (2013) when the government was shut down and the lake was closed,” he said, noting that about 30 boaters have said they will be in the parade.

“The NPS doesn’t realize how many boaters use that lake,” Randall said. “The water level is low, but there is plenty of water for boating on the lake. But you can’t boat if you don’t have access.”