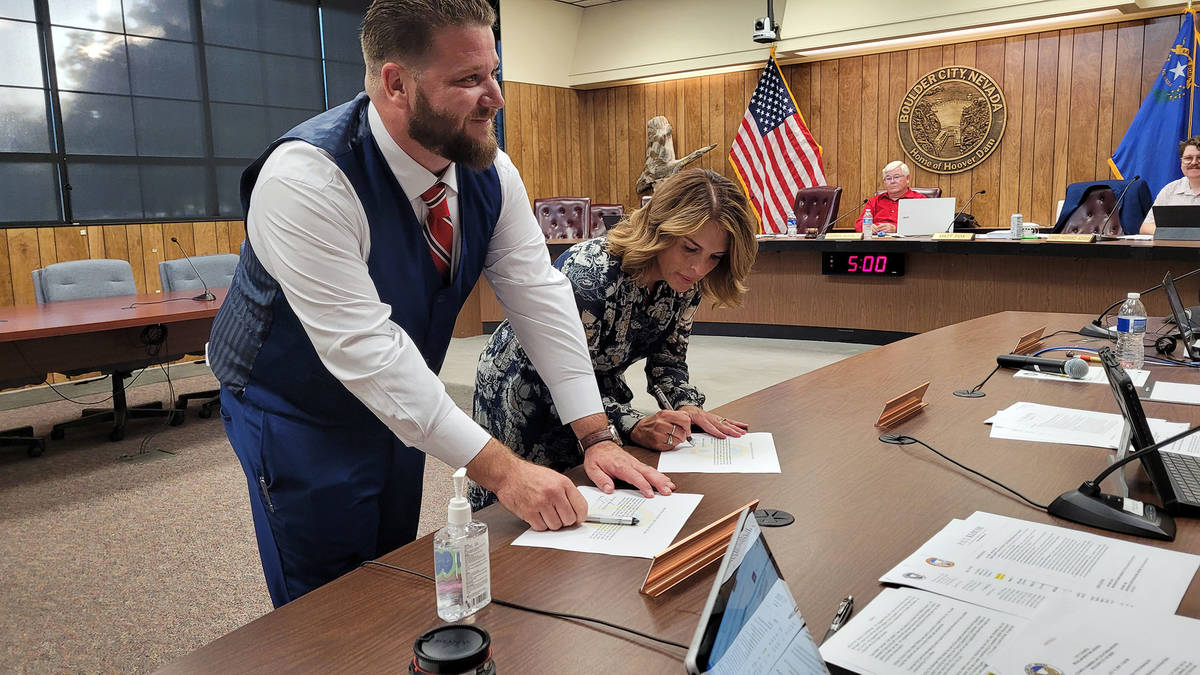 Celia Shortt Goodyear/Boulder City Review New councilmembers Matt Fox and Sherri Jorgensen sign on the dotted line after they are sworn in at the Tuesday, July 13, City Council meeting at City Hall. 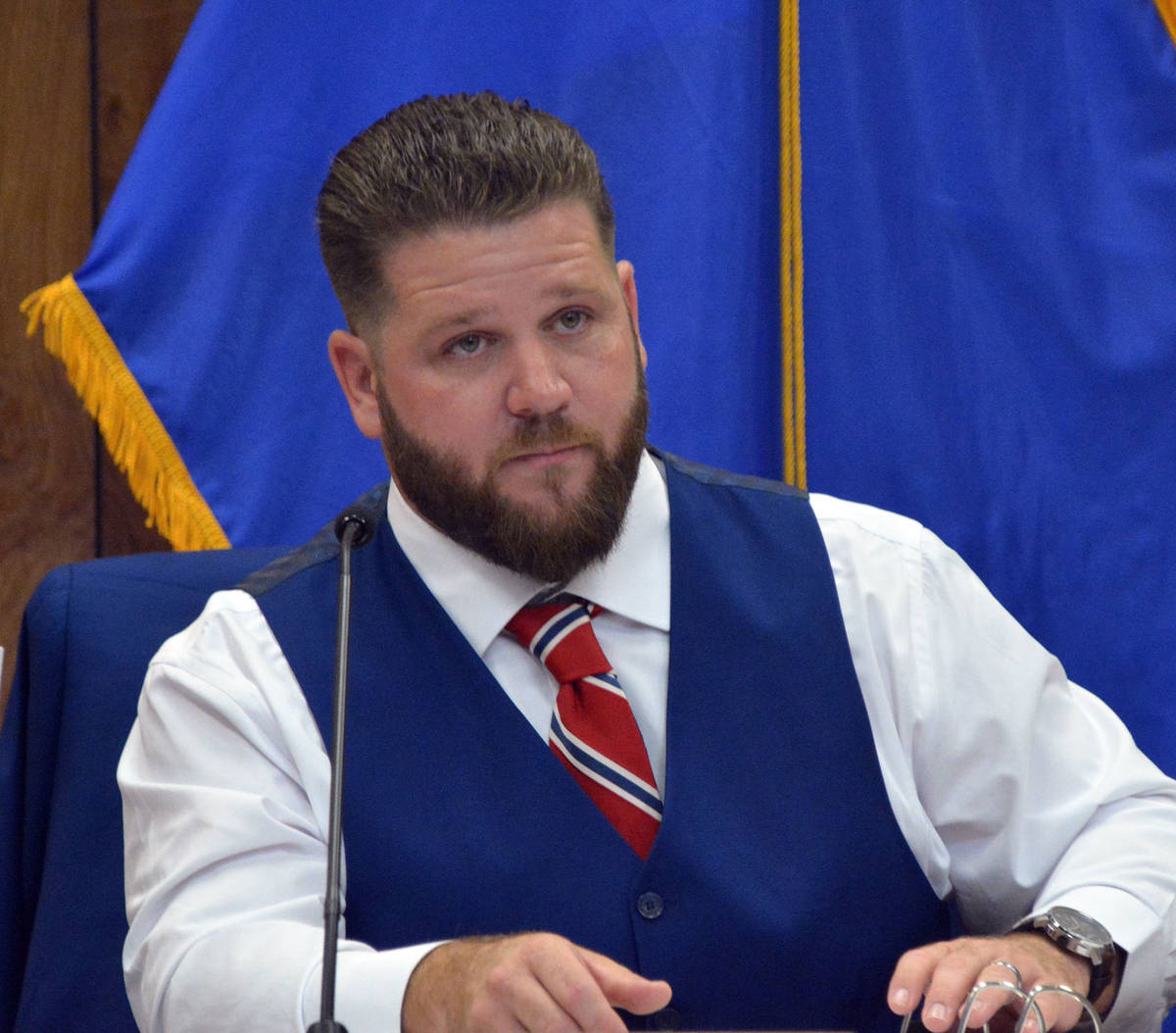 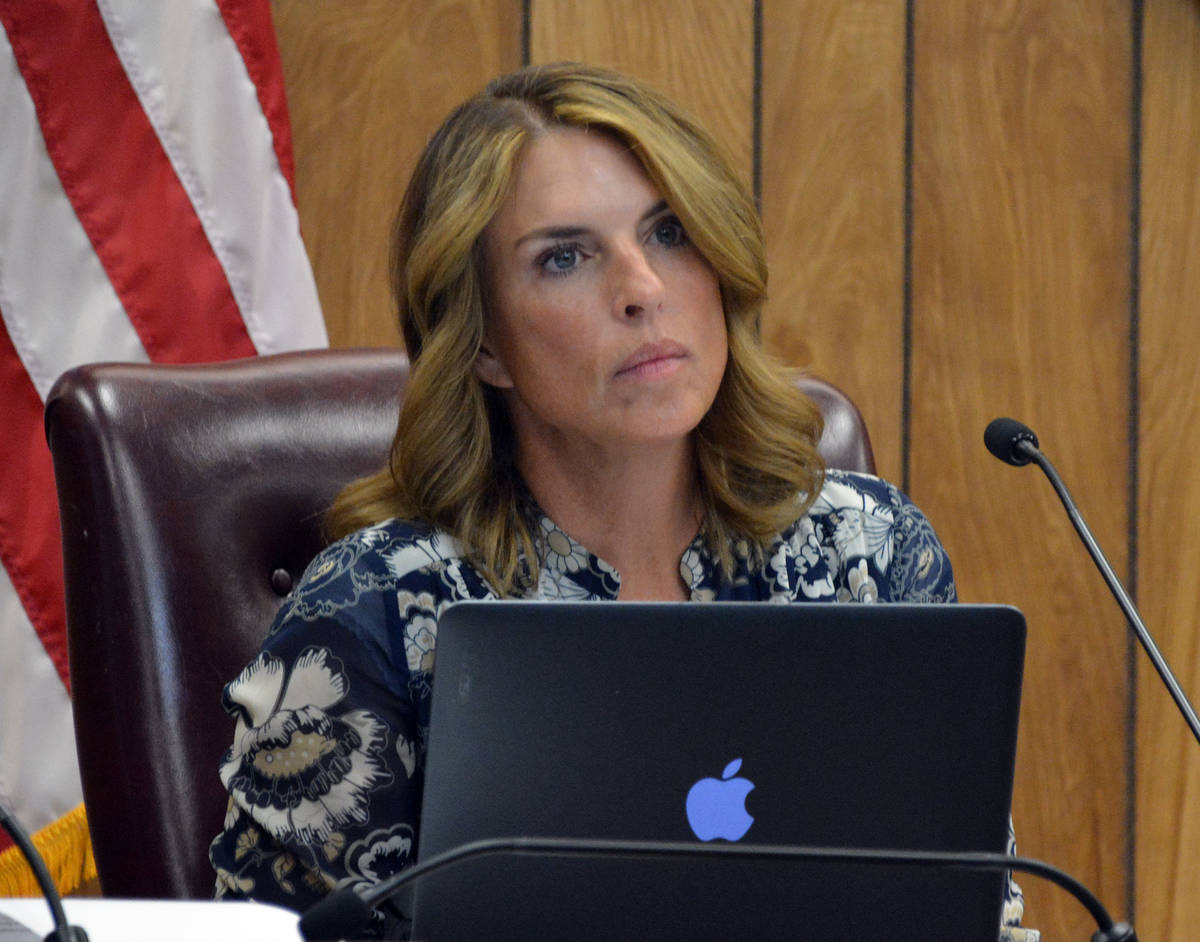 At Tuesday’s, July 13, meeting, Sherri Jorgensen and Matt Fox were sworn in as new council members.

“I look forward to working with you as a council and serving the city of Boulder City,” said Jorgensen.

During the short meeting, the council appointed Councilwoman Claudia Bridges to serve as the mayor pro tem in a 3-2 vote with Jorgensen, Fox and Bridges voting for the appointment.

She was nominated by Jorgensen, and Mayor Kiernan McManus nominated Councilman James Howard Adams to continue serving in the position.

Bridges was also appointed to represent the city on the Regional Transportation Commission and Regional Flood Control District. McManus had been serving on those boards, and said he would like to continue doing so. Bridges said she was also interested in it and earned the appointment in a 3-2 vote with McManus and Adams voting for the mayor.

Jorgensen was appointed to serve on the Nevada League of Cities Board of Directors and Fox was appointed as the alternate. Adams had previously served on the board and said he was interested in continuing but did not receive the votes to do so.

Adams was appointed to serve on the Southern Nevada Water Authority and Fox to Workforce Connections. Jorgensen and Adams were also appointed to the city’s Historic Preservation Ordinance Ad Hoc Committee. McManus had been serving on it and said he wanted to continue, but he did not receive enough votes at Tuesday’s meeting to continue.

McManus will continue to serve on the committee for the Civil Air Patrol. It is set up for the area mayors to be on it.

The council also appointed Jorgensen to the Boulder City Community Education Advisory Board and board of directors for Nevada Public Agency Insurance Pool Board of Directors/Public Compensation Trust, Adams to the Southern Nevada Health District Board, Bridges to the Clark County Debt Management Commission, and Bridges and Jorgensen to the city’s Audit Review Committee.

Also at Tuesday’s meeting, council introduced a bill for NCWPCS MPL 28 to lease land north of the U.S. Highway 95 and Interstate 11 interchange for a cellphone tower. The initial rent is $26,520 a year, and it would increase 3 percent per year for the life of the lease. It will be considered at the Aug. 10 council meeting.