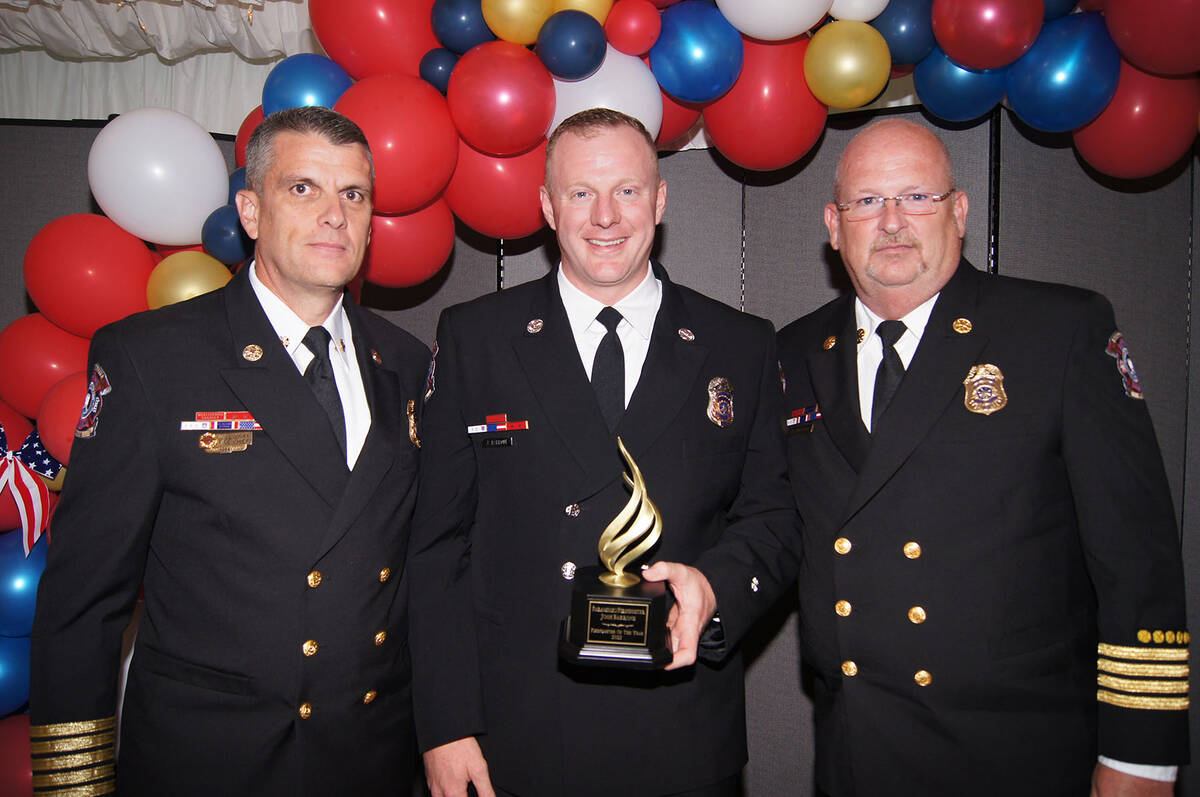 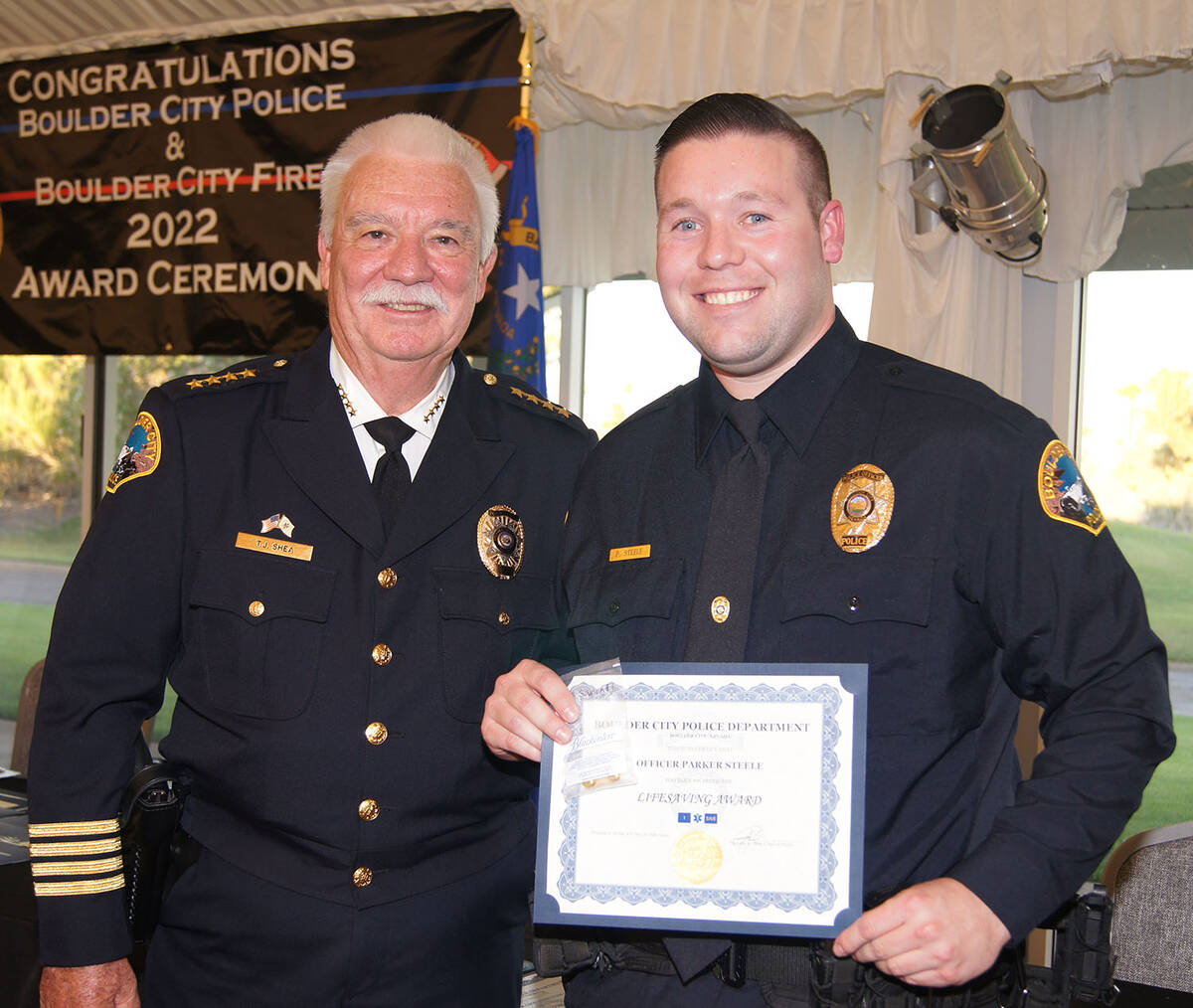 More than 140 people attended with awards being given out to officers, firefighters, dispatchers, volunteers and civilians from Boulder City and Henderson.

They were honored for saving lives in the field for heroic efforts that included CPR and transporting patients to the hospital.

Certificates of appreciation were given to Driscoll, dispatcher Lauren Christian, Detective Brett Wibrew and officers Kevin Barakat, Scott Pastore, Salazar, Steele and Wheeler for participating in a recruiting campaign to gain more a qualified, experienced and diverse workforce.

Officers Salazar, David Olson, Brandon Blake and Sgt. Jeannette Woolsey received letters of commendation for assistance with the homeless, time dedication and saving the lives of suicidal persons. Also recognized was officer Eric Prunty, who assisted with archiving and organizing training records while recovering from an injury.

Meritorious service awards were presented to Lt. Vincent Albowicz, communications manager Ruby Perkins and information technology specialist Ben Jurek for their work establishing a backup communications center with the National Park Service; dispatcher Sicily Orton for her work in January 2013 dispatching police and fire personnel, sending out aid requests and making command notifications after receiving a call from a man who said he killed his wife and child and then set their home on fire; and Sgt. David Abrams and K-9 Aki of the Henderson Police Department for their efforts subduing an armed suicidal man.

Letters of commendation were given to volunteers Michelle Patrick and Steve Staley. Anna Willison was named volunteer of the year. She volunteers between 25 and 50 hours a month, helping at the police academy as a role player and as a range instructor and armorer.