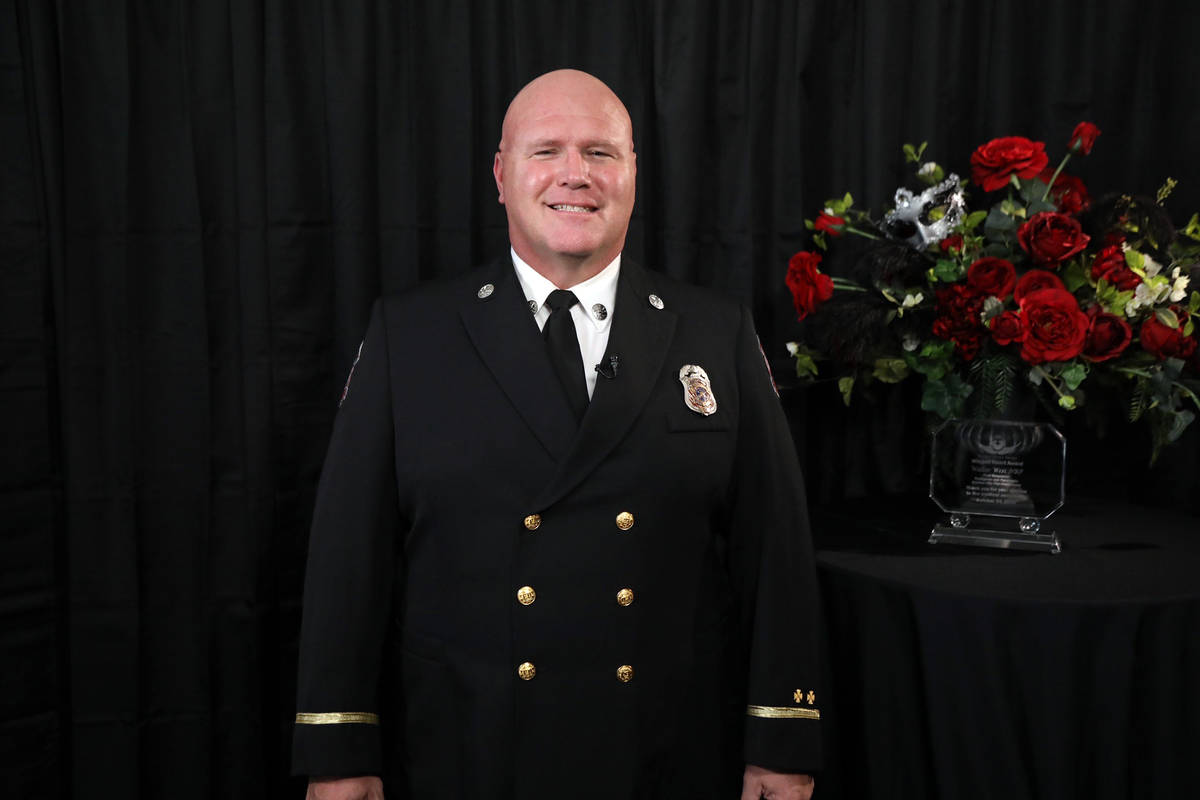 Walt West Boulder City firefighter and paramedic Walt West was recently named one of the 2020 Winged Heart Award honorees for his work with the local fire department. The award is given out annually by Clark County Medical Society.

A Boulder City firefighter has been recognized by the Clark County Medical Society for his work coordinating the city’s emergency medical service program.

Firefighter/paramedic Walt West was recently named a 2020 Winged Heart Award recipient. This award recognizes important contributions that medical professionals make to keep the community healthy. It is given out to three people each year: a nursing professional, nonprofit health organization and first responder.

“Honestly, it’s kind of embarrassing,” West said about receiving the award. “I have never sought out personal recognition. I mean, I feel honored and humbled that others would think I am worthy of such an award. This award may be shining a light on me but honestly I am just one of a thousand first responders that go to work every day and serve in Clark County. I am proud to be a part of that every day.”

West, who attended Boulder City’s reserve fire academy in 2001, started his career nine years earlier as an EMT intermediate in Las Vegas at Mercy Ambulance. He became a paramedic six years later and was hired full time in Boulder City in 2002.

“My normal duties are to care for the sick and injured citizens, and guests and visitors of Boulder City as well as provide fire suppression (and) community risk reduction activities,” West said.

He also said he enjoys the challenge of working locally.

“We serve the largest geographic area in Nevada, 208 square miles,” said West. “Most of it is not inhabited but in a given day we could be involved in a rescue of a mountain biker at Bootleg Canyon, a high-speed motor vehicle crash on I(nterstate) 11 and helping one of our older citizens off the floor from a fall.”

In 2019, the department changed after some firefighters retired, and West said he was able to take on a new role.

“Earlier in my career I was involved in running our medical services division so I had a lot of experience with training, teaching, scheduling and recertification,” he said. “Our interim fire chief, Steve Walton, asked me if I would be willing to accept responsibility again and I jumped at the opportunity to serve my brothers and sisters.”

After Fire Chief Will Gray started with department, West said, he asked Gray if he could start an emergency medical services committee to help spread the work around and help others learn how to do it.

“We now have two people on each shift involved in the EMS division,” said West. “Each one of them investing their time and experience to make our medical providers better.”

“Walt has demonstrated a high level of dedication toward the Boulder City Fire Department and the community we serve,” Gray said. “We are proud of his accomplishments and pleased he is part of our team.”